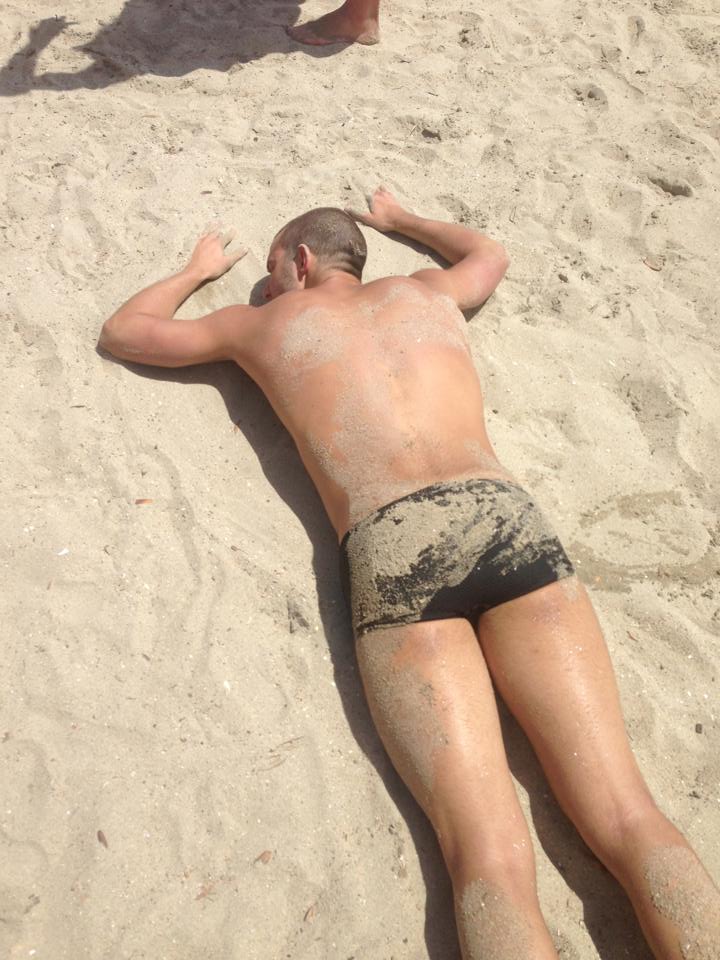 So when he joined his teammates and friends swimming around Naples Island in Long Beach, California for his first (relatively) cold water swim, he was uncomfortable. As soon as he got out of the water, he dried off and immediately laid down on the warm sand that had been heating up the radiant sun.

He recovered quickly and emerged sandy with a smile on his face.

But if his core body temperature would have been a bit lower, he could have warmed himself up even more effectively by drying off, wrapping himself in a towel, and then asking his swimming buddies to cover his body (upper torso and legs) with the small white sand. The heat of the warm sand is a cheap and convenient natural sauna to help heat up the body from the outside in. 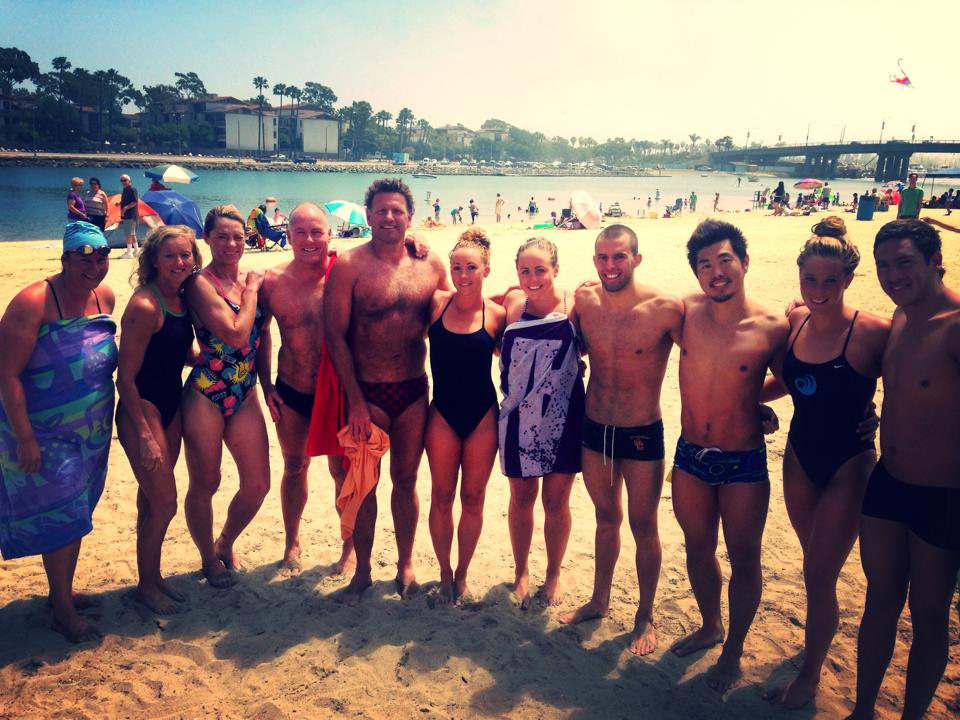 As part of their taper, he swam 3 miles with friends from the Mission Viejo Nadadores, including Ashley Twichell and Yuto Kobayashi, and the Open Water Swim Club, including Matty Mitchell, Parks Wesson, and Lexie Kelly.

This weekend’s event will serve as the selection races for the 2013 FINA World Championships for the American team.