Dan Projansky Flying Down The Red River To END-WET 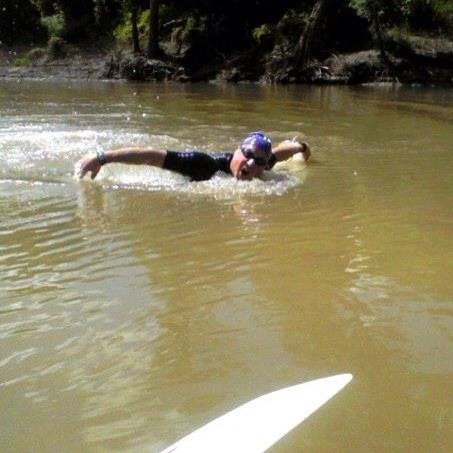 After completing the inaugural 27-mile (43 km) Extreme North Dakota Watersports Endurance Test or END-WET all butterfly last year in 14 hours 30 minutes, Projansky was back in the Mighty Red River between Grand Forks, North Dakota and Oslo, Minnesota this past weekend for even more punishment.

And this time, he was ready and rocking. He blasted his best time and finished in exactly 11 hours 0 minutes, a full 3.5 hours better than his time last year. Projansky, ever so humble, explained the reasons why he was able to up the ante, “I was better prepared and had different protein drink. I’m very happy.”

Organized by Andy Magness, it is a charity swim to benefit Ground UP adventures, a North Dakota non-profit organization dedicated to bringing adventure to the region’s youth and larger communities.

This year’s other participants included: