Dancing In The Water By Wayne Ewing 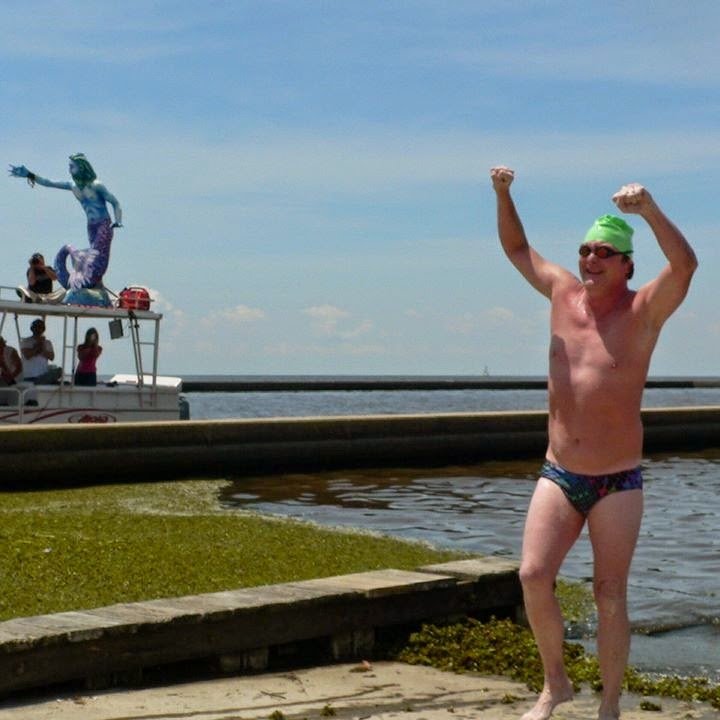 One of the four documentary films to be shown at the 2014 Global Open Water Swimming Conference on the Isle of Bute in Scotland will showcase the unprecedented solo swim of Matthew Moseley across Lake Pontchartrain.

Dancing In The Water was created by Wayne Ewing, an Emmy Award-winning filmmaker.

Ewing has produced and directed over 30 documentaries for American television networks, as well as 8 recent independent feature documentaries. The Yale University graduate’s first 20 films, beginning with the critically acclaimed If Elected… were broadcast on Bill Moyers Journal on PBS. The Emmy-nominated Blood’s of ‘Nam and A Journey To Russia followed.

For NBC News, Ewing made 1-hour documentaries, directing Women In Prison with Maria Shriver, Gangs, Cops, & Drugs, and The New Hollywood. Gangs, Cops, & Drugs was one of the highest rated documentaries ever broadcast on American television. His commercial television journalism also includes segments for Ted Koppel at ABC and Charles Kuralt at CBS.

In 1992, Ewing designed the photographic style of the dramatic series Homicide: Life On The Streets that is credited with changing the look of American dramatic television in the 1990’s. Ewing also directed Breakfast With Hunter, When I Die, Free Lisl: Fear & Loathing, Benched, The Last Campaign which was nominated as the Best Documentary Feature of 2005, The Outsiders of New Orleans: Loujon Press, The Border Wall, and Animals, Whores & Dialogue.

Dancing In The Water shot Moseley’s swim with the recovery of the lake’s environment as a backdrop, certainly will be treat for the Global Open Water Swimming Conference audience.