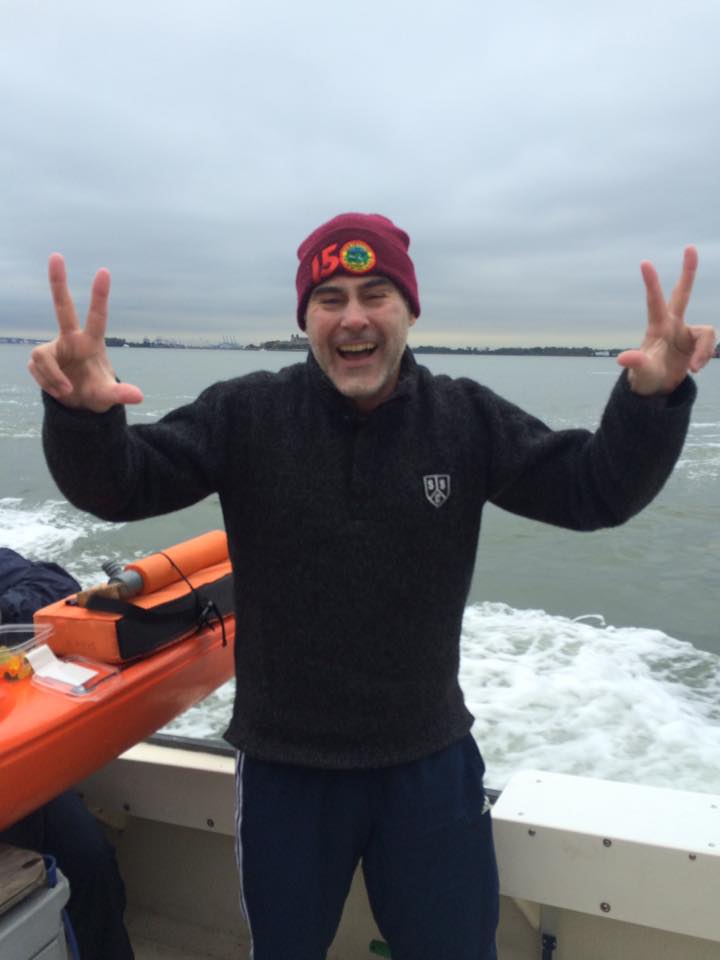 In addition to becoming the first person to complete the Chorizo Four, Spain’s Daniel Martinez Lobo achieved the Triple Crown of Open Water Swimming today with a circumnavigation swim at the 20 Bridges Circumnavigation Swim of Manhattan.

His Chorizo Four includes Neda el Món’s 22.3 km Illes Formigues in Catalonia, Spain, the 21-mile English Channel, the Strait of Gibraltar, and the Catalina Channel. And now is has the Triple Crown under his swim cap.