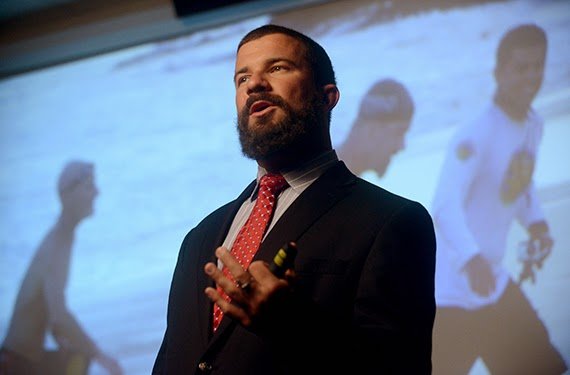 Darren Miller is preparing for his invitation-to-all, challenge-to-the-triathlon-world Sub-32 Marathon.

And he is running well. “I did a 2:59 [marathon run] on a whim when I decided to run on Sunday at the Pittsburgh Marathon,” reported Miller. “With no rest and after a tough week of training, I feel great with that time. I am very excited to see how I can do on a full taper.”

After a challenge was posted on the triathlon blogs, websites and forums, the triathlon community claimed that doing a Sub-32 marathon was not much of a challenge and many triathletes could do it, implying the event was not so difficult. But so far, no one has done a documented, legitimately-measured back-to-back marathon run of 42 km + non-wetsuit marathon swim of 10 km.

Miller will conduct his Sub-32 marathon challenge on Memorial Day in San Diego, California unless someone wants to challenge him on another weekend.”

For more information, visit here. “I issue this challenge to the professional triathlon community because a charity race between two endurance athletes, mono-a-mono, would be an amazing way to not only push ourselves to the breaking point, but most importantly, create a media buzz by doing it in the name of charity! I picked the triathlon community out of respect, as I have seen first-hand the grueling training involved in preparation for an Ironman race. Personally, I want to see what some of their finest can bring to the table.”