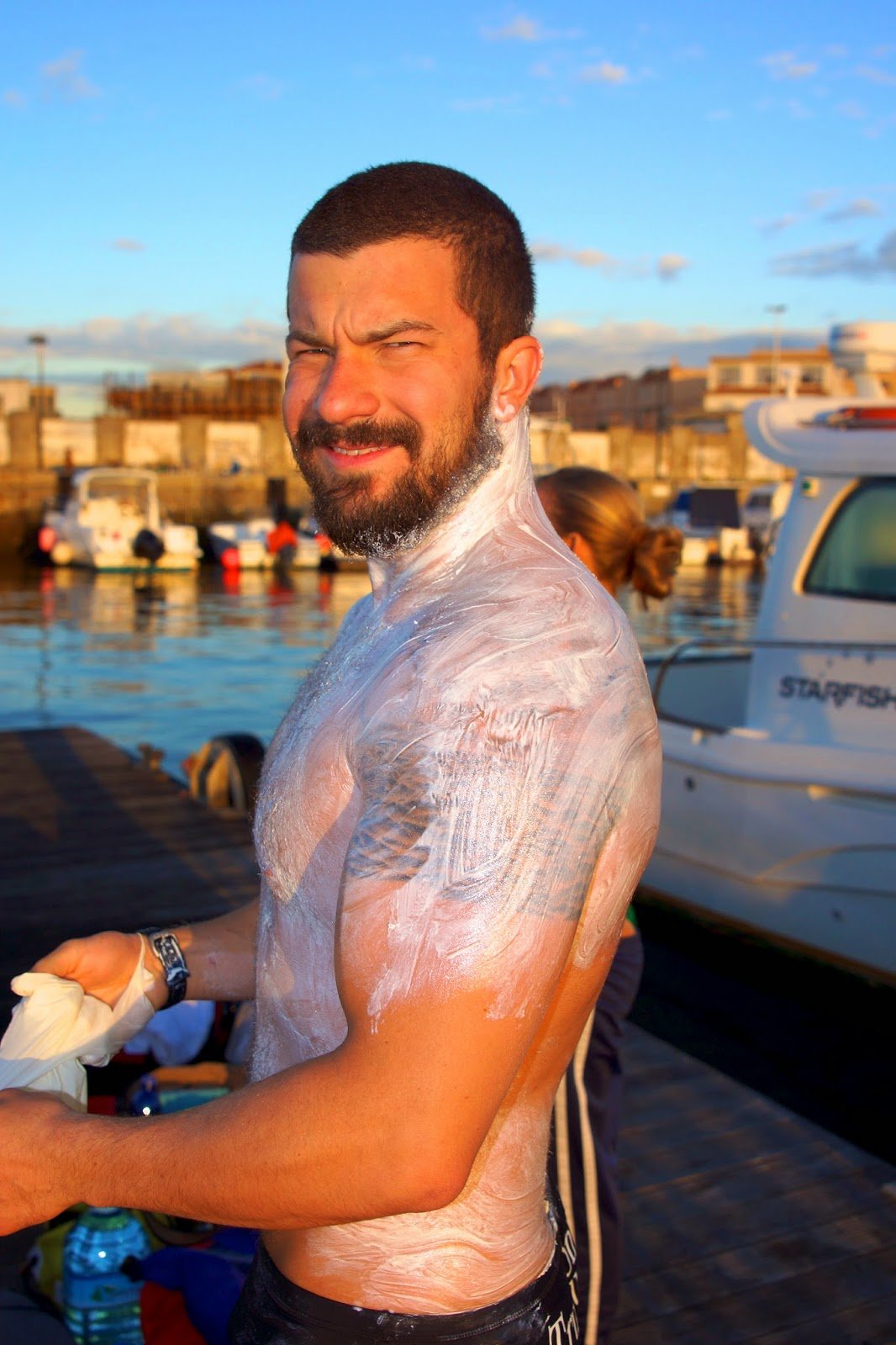 The Marathon Swimmers Forum announced Darren Miller as the recipient of its 2013 Barra Award.

Named after famed American channel swimmer David Barra, the Barra Award considers not just swimming achievements, but also the person’s full body of work in the sport of marathon swimming according to the Marathon Swimmers Forum.

Like Barra, Miller is all over the place – athletically, geographically, philanthropically and administratively. He swims and became the first person to go 7-for-7 on the Oceans Seven. He volunteers and crews on various swims. And he travels helping others, raising funds and organizing swims. How he does so while holding down a full-time job at a banker and nearly another one as a motivational speaker is unknown.

How Miller climbed to the top of the marathon swimming world is a testament to his tenacity. The former pool sprinter previously specialized in 20-second bursts of pure adrenaline, strength and speed.

And Miller completes his marathon swims with a smile and a deep appreciation for the sport and for his colleagues and comrades that has touched the lives of many people across 5 continents. 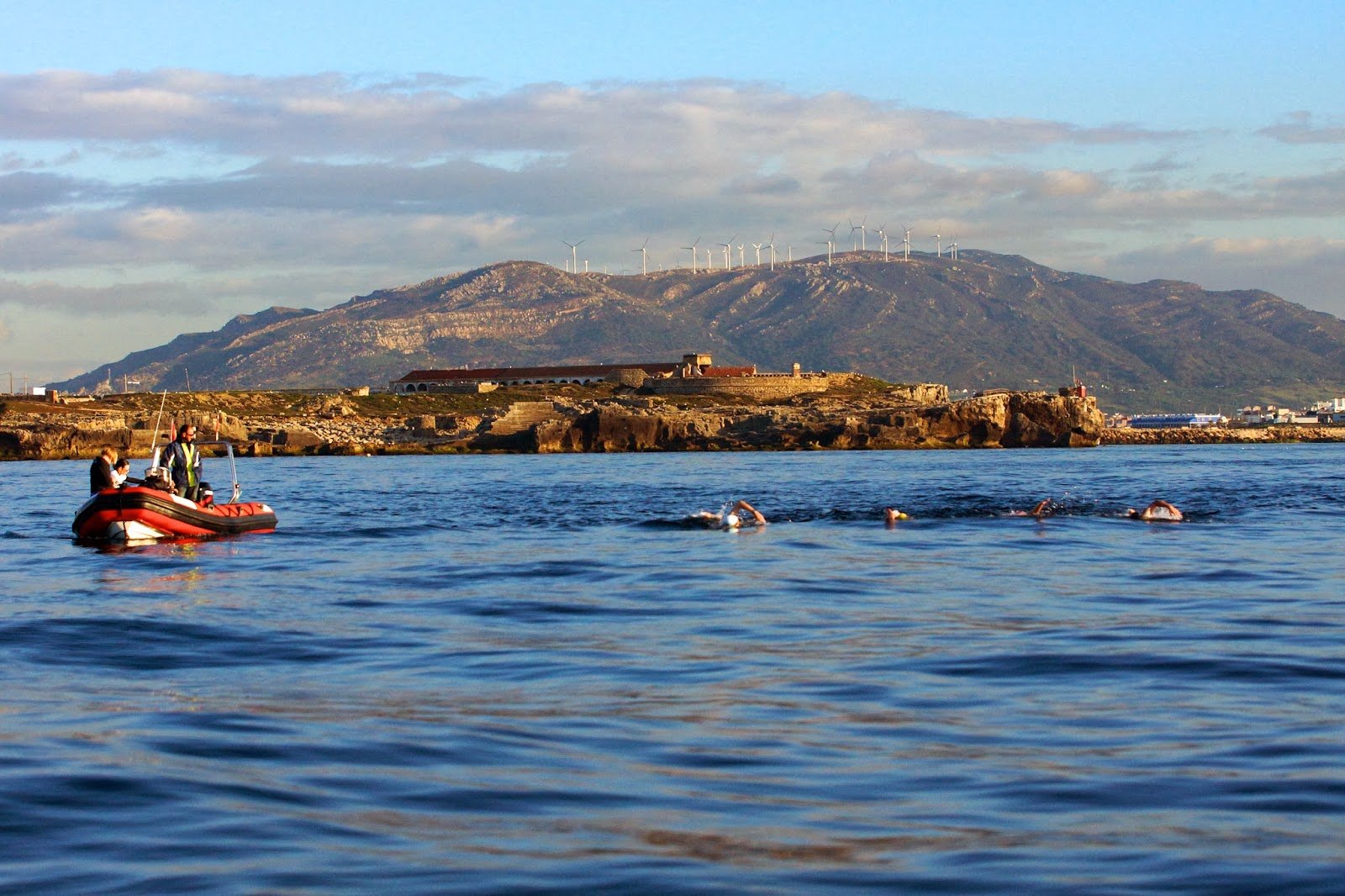 Miller was also justifiably nominated for the 2013 World Open Water Swimming Man of the Year award.

While he is best known globally for achieving the Oceans Seven with his final dramatic crossing of the North Channel this summer, he is best known locally in Pittsburgh for touching the lives of many children and families through his charitable organization, The Forever Fund and Team Forever.

Miller co-founded The Forever Fund to aid families in their struggle to afford the costs associated with infant cardiothoracic surgery at the UPMC Children’s Hospital of Pittsburgh in his home state of Pennsylvania. Miller is fully-sponsored in his journey by Trustmont Financial Group, enabling 100% of all donations to go back to the Forever Fund.

His motto, “Every Breath A Gift”, is the motivating force behind his desire to push the boundaries of what is possible. “Forever (Forever Fund & Team Forever) is a song by the Dropkick Murphys which has always reminded Miller of his grandmother – “someone who inspires me to live the best life I can. She taught me that success has nothing to do with your pocketbook, but by how you treat someone who can do you absolutely no good. I have realized that life is short through the loss of several friends due to drugs and violence. I don’t have time to waste because we never know when the Lord will call us home,” explains Miller about the name of his charitable funds.

Miller certainly embodies the spirit of open water swimming and possesses the sense of adventure, tenacity and perseverance that open water swimmers are known for. His World Open Water Swimming Man of the Year nomination reads, “7 up, 7 down. It was a perfect score in 2013 for Darren Miller, a former sprint freestyler. The personable banker and motivational speaker achieved the Oceans Seven like no one else in history: each one of his channel attempts resulted in success. But his personal goal to become the fourth person in history to cross the world’s 7 mightiest channels was augmented by his drive to raise money for those less fortunate than himself. Completing his charity swims on a global scale, Miller spread good cheer and accomplished plenty of good while motivating others to achieve their potential. For his road well-traveled with hypothermia threats, for his fund-raising efforts, and for his constant good cheer in spite of constant physiological risks, Darren Miller is a worthy nominee for the 2013 World Open Water Swimming Man of the Year.“

The nominees for the World Open Water Swimming Man of the Year are always an heroic and courageous group of individuals with exceptionally inspirational exploits, histories and lifestyles. This year presents an especially accomplished field of individuals including:

Lower photo shows Rafael Gutiérrez Mesa escorting Darren Miller across the Strait of Gibraltar together with Jamie Patrick, Jen Schumacher and Oliver Wilkinson. His accomplishment of the Oceans Seven was celebrated in front of 19,000 fans at a professional ice hockey game: