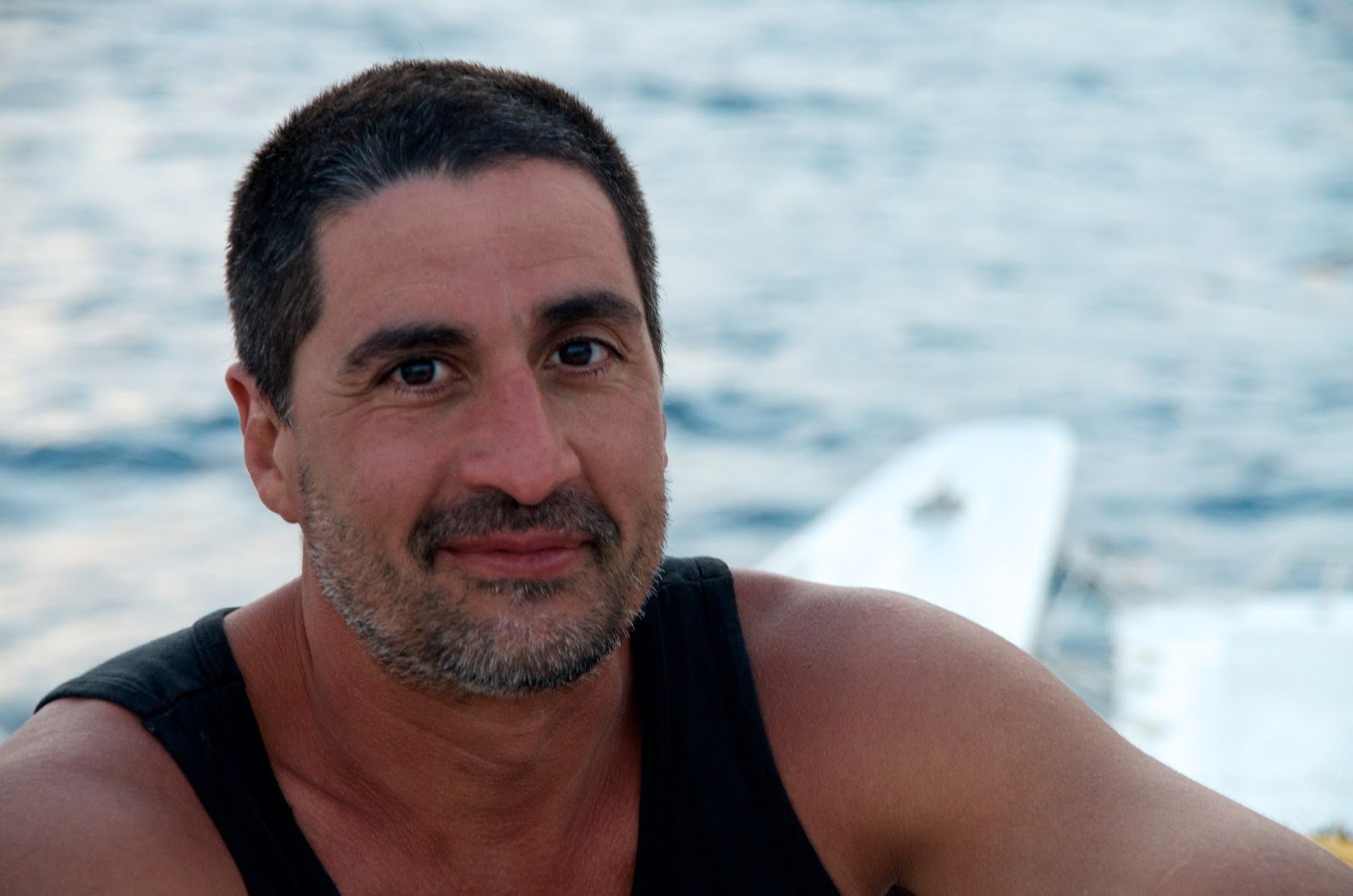 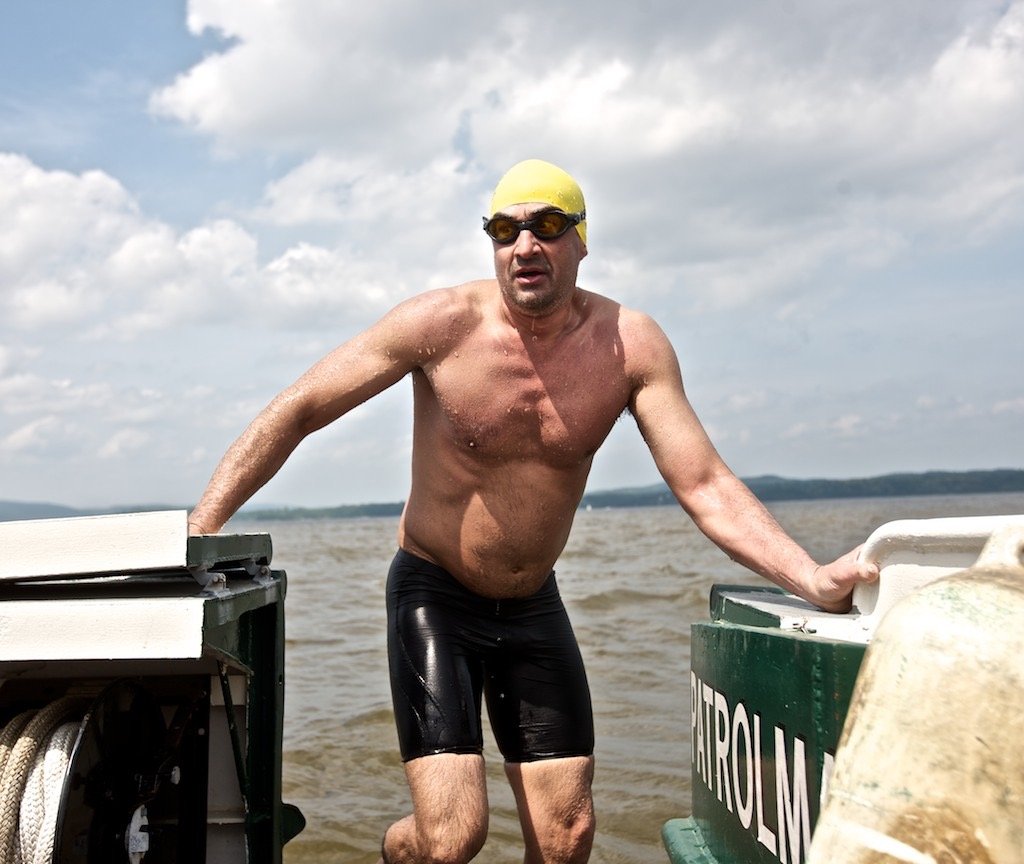 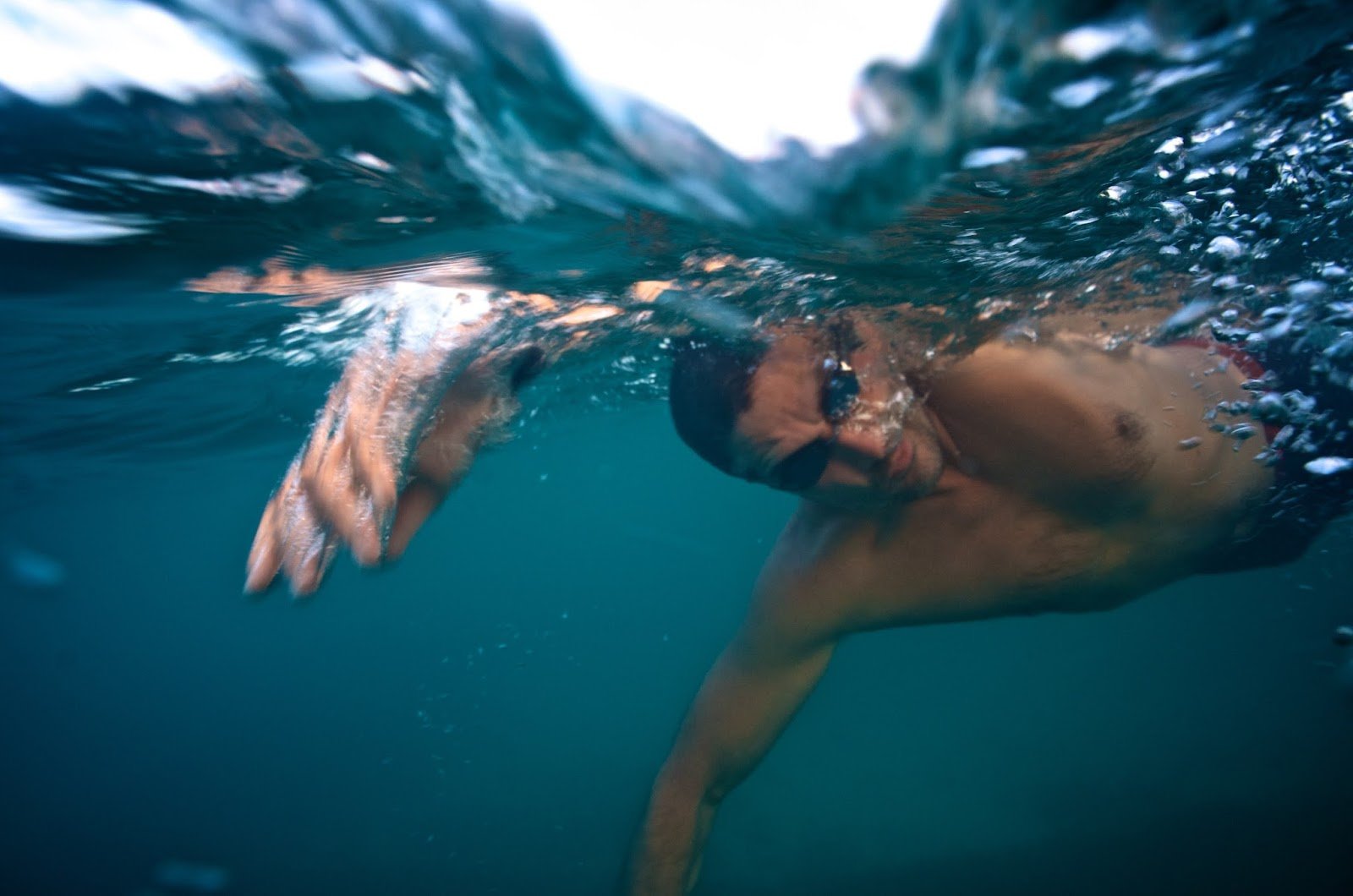 A vacuum was created in the open water swimming community when the long-running Manhattan Island Marathon Swim and NYC Swim events were not continued.

Based on interest that came pouring in from coast to coast and from around the world, David Barra, Rondi Davies, and Alex Arévalo of New York Open Water stepped into the void.

“Organizing a safe competition around Manhattan Island is not an insignificant undertaking. It requires a lot of hard work, planning and commitment. But, of course, this was not an unusual act of community service by David,” said Steven Munatones. “In fact, given his track record in the sport, his passion to pick up the world’s most popular marathon swimming race and carry on the tradition is frankly par for his course.”

After a long history of helping others and competing as a marathon swimming ambassador, American Barra was recently selected as an Honour Swimmer in the International Marathon Swimming Hall of Fame for its Class of 2017.

Barra joins a stellar group of swimmers, administrators, escort pilots and organisations that will be inducted and honored on April 22 in Windsor, England at the 2017 International Marathon Swimming Hall of Fame induction ceremonies.

In 2012, he participated in the inaugural S.C.A.R. Swim Challenge in Arizona and worked as a guide and coach with SwimVacation in addition to serving as one of the principals of New York Open Water that organizes the 20 Bridges Circumnavigation Swim of Manhattan, the 28.5-mile (46.5 km) replacement swim for the Manhattan Island Marathon Swim.

Barra also created the 120-mile (193 km) 8 Bridges | Hudson River Swim in 2011 that has turned into the world’s longest competitive marathon swim series and a destination swimming event for ultra-marathoners.

Based on his customary greeting, “Anything worth doing is worth overdoing,” Barra takes long distance swimming very, very seriously.

In 2010, the then 45-year-old Barra had one of the most remarkably prolific years of amateur open water swimming in the 21st century. He started off in March with a 9.6-mile Maui Channel between the islands of Lanai and Maui in Hawaii. Then he completed the the 24-mile (38.6 km) Tampa Bay Marathon Swim in Florida in April in 10 hours 49 minutes. Then he went on to complete the 28.5-mile (45.8 km) Manhattan Island Marathon Swim in June in 8 hours 30 minutes.

On his second leg of his Triple Crown of Open Water Swimming, he crossed the 21-mile (33.7 km) Catalina Channel in July with a 15 hour 37 minute swim in tough conditions. Then he did the 8-mile (12.8 km) Boston Light Swim in Massachusetts in August in 3 hours. He completed an English Channel in September with a 14 hour 27 minute crossing and followed it up with a 17.5-mile (28.1 km) Ederle Swim in October in 5 hours 37 minutes. He capped off that 2010 season with a 5 km swim in Coney Island November in New York. His explanation of his exploits are below.

After the 2012 S.C.A.R. Swim Challenge, Barra also completed the 20-mile Provincetown to Plymouth swim (P2P Swim) in Massachusetts, the 25-mile In Search of Memphre, a cross-border swim from Vermont (USA) to Quebec (Canada), and organized the 2nd 8 Bridges Hudson River Swim. He also participated in the 15.1-mile Cape Circumnavigation Challenge marathon swim around Cape May, New Jersey and won the inaugural 2.6-mile Cold Water Challenge in Fairfield, Connecticut.

So prolific has Barra been, he is now the namesake for the Barra Award of the Marathon Swimmers Federation. The Barra Award is an award given to an individual for most impressive overall year of marathon swimming.

Barra served as an observer for Chloë McCardel’s 126 km marathon swim from Lighthouse Beach on the southern tip of Eleuthera Island in the Bahamas to Nassau in 42 hours 30 minutes in 2014.

Humble, passionate and committed, Barra represents everything good and positive about the sport.