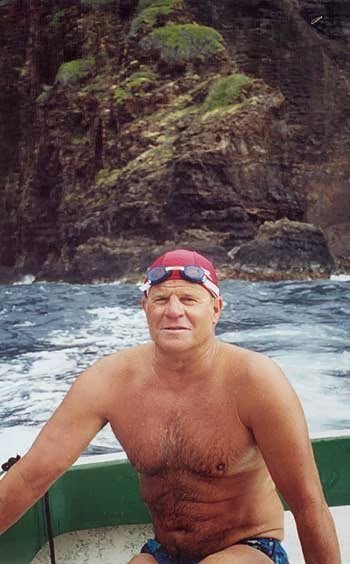 After a lifetime to doing unprecedented swims around the world, David Yudovin (U.S.A.) was selected for enshrinement in a special election by the International Swimming Hall of Fame (ISHOF) as an Honor Open Water Swimmer.

Yudovin will join the pantheon of other aquatic greats and the following individuals in the International Swimming Hall of Fame in the Open Water Swimming category:

Yudovin began channel swimming in 1976 and has remained active for the last 38 years as an athlete, pilot, support crew and mentor. Yudovin has completed over 35 marathon and channel swims that has included 15 firsts. He and his wife, Beth, are also currently very active volunteers in their community, after retiring in 2005 from three seafood related companies they founded and ran for over 25 years. Yudovin is now involved in public speaking to raise money for the City of Hope Cancer Center, Senior Nutrition, Cambria Community Bus, and North Coast Ocean Rescue, and the Cambria Fire Department.

His swims have spanned New Zealand, Indonesia, Japan, California, Mexico, Azores Islands and Madiera Islands in Portugal, Cape Verde in Africa, and include: