David Yudovin’s Legacy Around The Globe 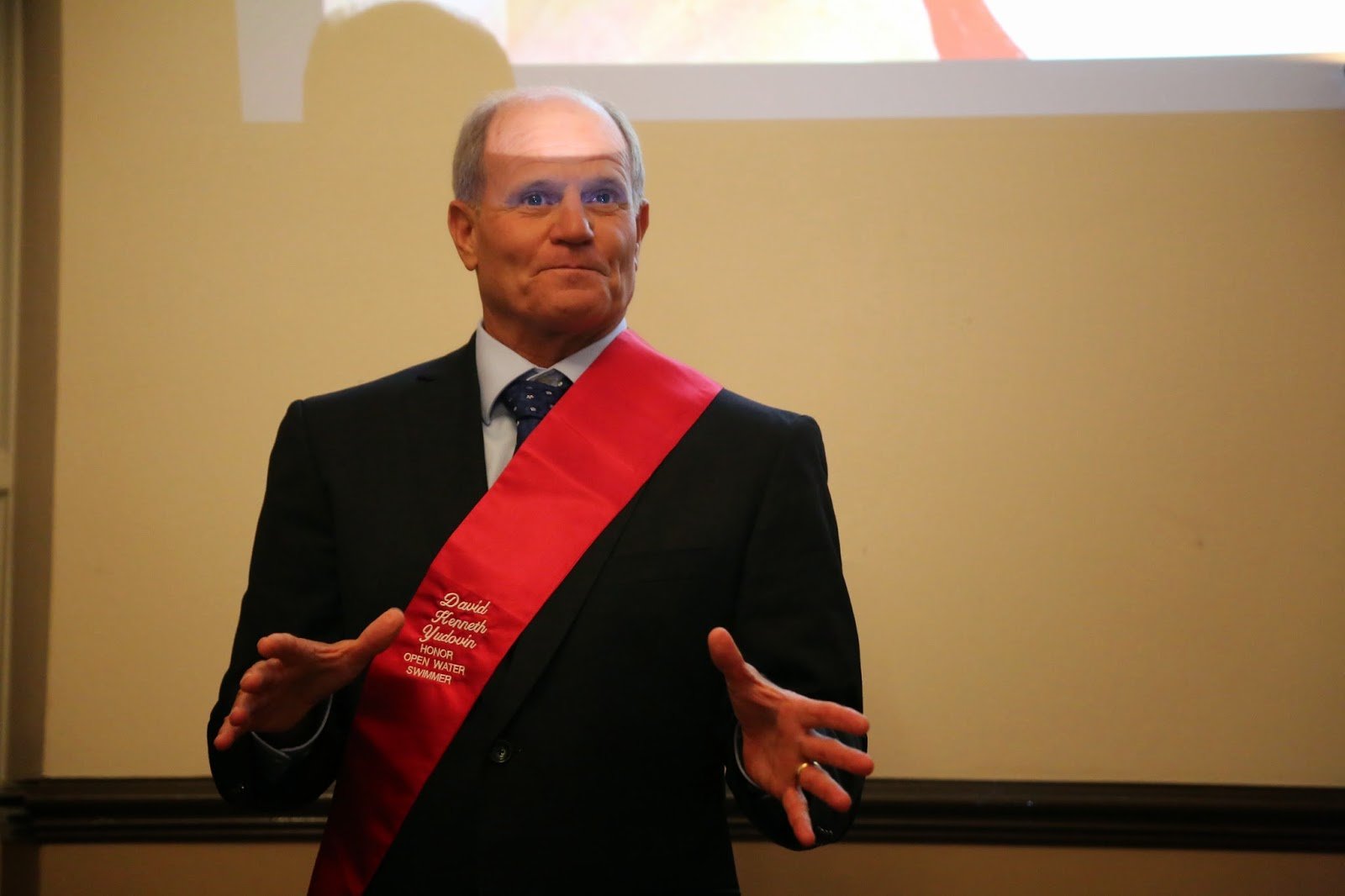 David Yudovin has a handle on things.

This past weekend, Yudovin of California was inducted in the International Swimming Hall of Fame on the Isle of Bute in Scotland for his four decades in the sport. He has pioneered 15 channel swims across the globe from Asia to Africa including doing many traditional channel crossings over his career. A successful entrepreneur, Yudovin has planted the seeds of ocean swimming in many places around the globe literally where no man has ever swum before.

This exposure of the sport to many people around the globe is arguably one of his greatest legacies.

Photo by Ram Barkai at the 2014 International Swimming Hall of Fame induction ceremonies on the Isle of Bute in Scotland.