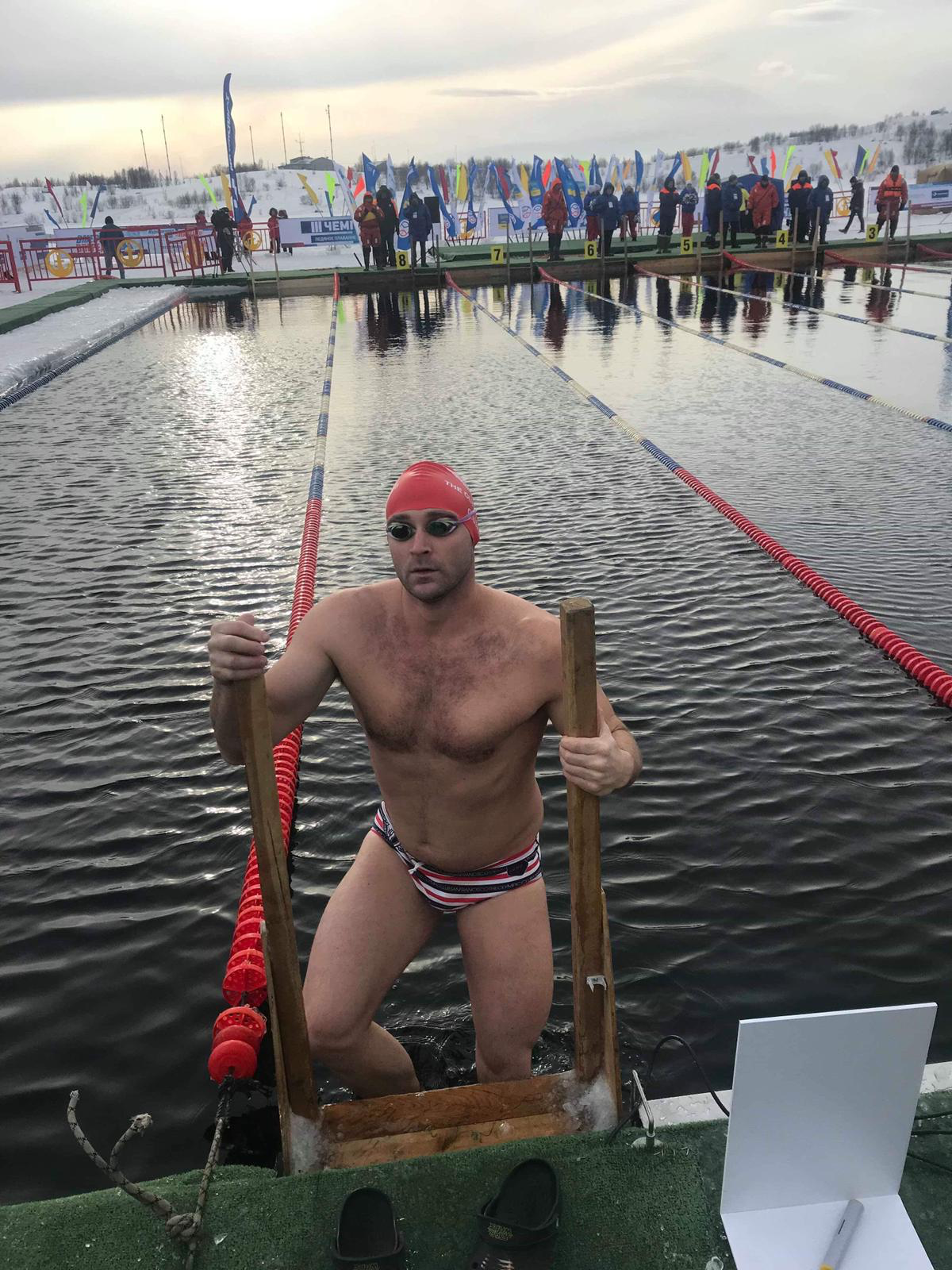 Medical examinations started at 6:30 am.

There were seven heats with 52 swimmers in the opening race, the 500m freestyle with a 12-minute cut-off time.

The 7 heats were followed by the final heat of men and women with the 8 fastest men and 8 fastest women racing in 2 separate heats.

There were also 17 heats with 132 swimmers in the 200m freestyle with a 6-minute cut-off time, 19 heats with 149 swimmers entered in the 100m breaststroke with a 5-minute cut-off time, and 4 heats of the 4x50m freestyle relay with 128 swimmers. Quinn Fitzgerald [shown above] from the Olympic Club of San Francisco participated in his first ice swimming event, finishing second in the 200m freestyle in the 30-39 age group in 2:32.34 behind Jakie Tobias’ winning 2:16.62. “It was crazy, but I got into it. I had to breathe every stroke, but women wrap hot towels on you before they send you to the sauna. That was the best part of the day.”

Watch live streaming of all the races at the world championships here.