Dealing With Pain And Celebrating Life 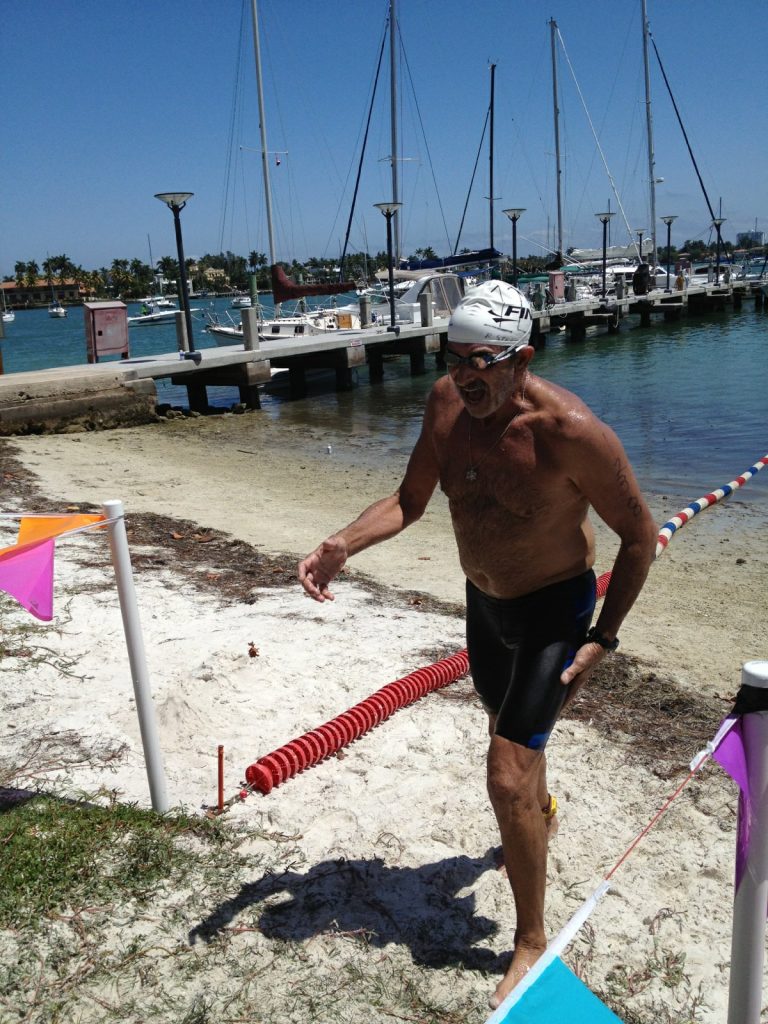 Swimming is in his blood. The Mexican Olympian has embraced aquatic sports like few others. Starting out as a youngster in Mexico, Robert Strauss gradually worked his way up to world class level, eventually facing off with Mark Spitz in the 1972 Munich Olympics.

But he has never retired. Strauss continued sharing his passion and established the Swim Gym in Miami, Florida where he has taught over 45,000 children how to swim over the past several decades. His water polo teams have won state championships, and he has been intimately involved in top competitive swimming teams in Florida.

But a few years ago, Strauss started to face the reality of aging. He had maintained a healthy lifestyle, but his body hurt. It hurt bad. Inexplicable and excruciating pains shot up through his elbows and arms, frequently throwing him down for the count. He could not swim, and basic arm movements felt like torture.

“Oh, it hurt so bad,” recalls Strauss who oversaw the Swim Miami event for several years before handing the race management to his son. “After all these years swimming, I just had to stop. And not swimming was killing me.”

But he rehabilitated as best he could. He could not go on with life and not swim. He had to find a solution. It took time, but he finally was able to conquer the pain. “I wanted to swim the 1,666-meter loops at the Swim Miami event this year. I decided to celebrate my life: 1 loop for every 10 years. I am no longer 30, but this was my goal.

Over the past 12 weeks, I added more and more mileage to my workouts, doing 2 to 3 miles each Saturday at Miami Beach and on Sundays at Hobie Beach building up to get ready for Swim Miami. Then race day came [this weekend]. I was ready.

But during my swim, my feeding was a mess. I had tremendously bad cramps on my hamstrings and the pain spilled over to my quadriceps, calfs and arch over the last 2.5 loops. I didn’t know if I could continue with 1200 meters left. I kicked into gear and had to realize mind over pain. But I was sinking and piking to stretch my hamstrings as my quads went ballistic. I needed to tuck down in the water to relieve the pain. As I surfaced to breathe, the head lifeguard, my long-time swimmer and friend Kevin, came over to offer me out.

It would have been so easy to get out right then and there. But as the thought of my celebration of life was difficult to give up; I struggled deeply with the thought of quitting. I just couldn’t do it. I had to go on. I told Kevin to just give food and drink, so he threw me a banana, a carbo-bar, and a squeeze bottle. Over the next quarter loop, it was like a miracle. I was able to increase my turnover rate even though I kept dragging my legs.

But this little spurt, this second wind quickly evaporated. I went through another painful bout of piking and tucking. I could think of nothing more but the pain that seemed to come from my very bones. This time a woman from LG approached on a paddle board, while the buoy judge screams at me, “Hold on, just hold on.” I wasn’t looking for a handout and certainly not a disqualification, so I put my head back down. I started to swim easy, and miraculously the cramps went away, and a profound joy overwhelmed me.

I knew I could sprint the last part, and was finally able to walk onshore.