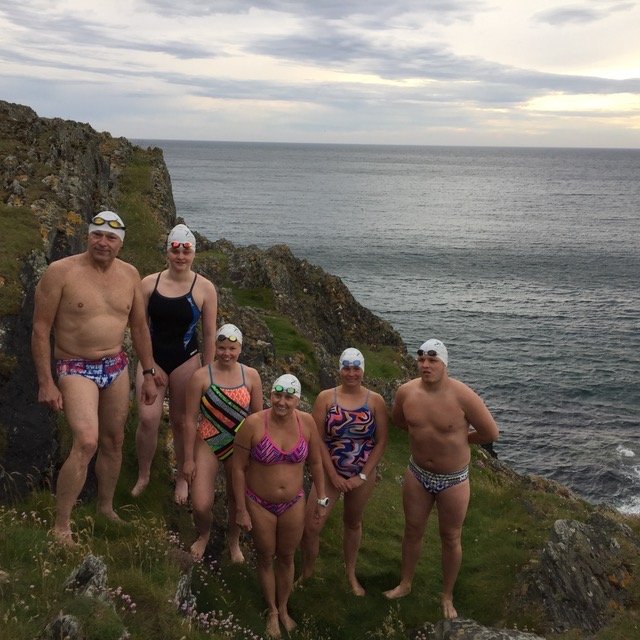 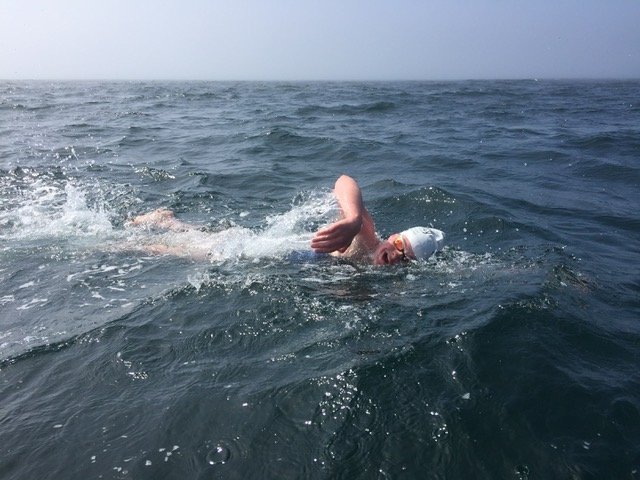 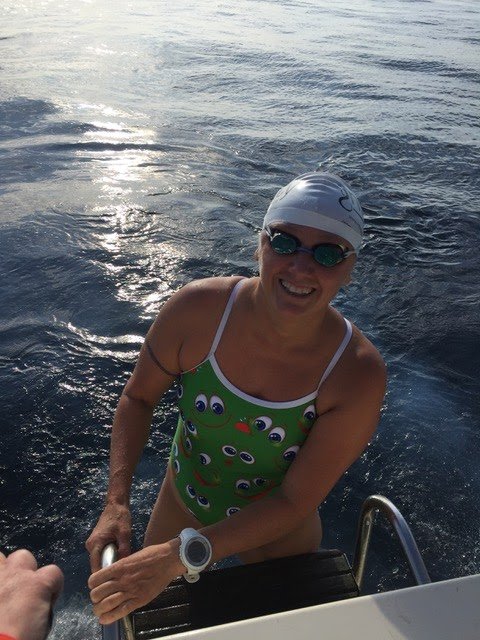 After observing marathon swimmers perform around the world in oceans and lakes, we asked the question, “What is the equivalent of a 25 km (15.5-mile) marathon swim on land?”

In the article entitled Is 100K Running Tougher Than 25K Swimming?, we wondered how much do runners have to travel on dryland to be the equivalent of 25 km of open water swimming?

Even though that is a tough question to answer, several open water swimmers expressed their opinions on this topic and weighed in on the debate:

“Training for running is so much easier – just put on your shoes and get out of the house. Swim training is so much more complicated if you do not live close to swimmable water or a swimming pool with decent hours and proper swim lanes.”

“In comparison of a 25 km swim in the open water and a 100 km run on land, the two distances are close for a well-trained athlete, with running taking generally a bit longer. It may be harder on the body, but again easier to achieve with normal training.

For example, Petar Stoychev can swim 25 km in 5 hours 10 minutes and world-class runner can complete 100 km running in a little more than 6 hours. But conditions can make a huge difference.”

“There are more people able to run 100 km without special training compared to the number of people who can swim 25 km, but it depends on the person, their talents, training history and type of body, maybe even age and conditions. If your body is generally fit for the particular challenge, you probably need less training to be able run 100 km than to swim 25 km. Without proper training or preparation, it is definitely easier for most decently fit people to run 100 km than to swim 25 km, even if it may take longer.”

Noel Grimes of Ireland does a lot of both long distance swimming and long distance running. “My opinion has always been 1 km swim = 4 km run.

Therefore, a 10 km swim is equivalent to a marathon, however it’s easier in the head to run the marathon than spent that long on your own on a 10 km swim.”

Michael Dale, past Secretary of the Australian Marathon Swimming Federation, had a similar conversation circa 1980 as he and his Australian marathon swimming colleagues contemplated their own version of the Hawaii Ironman event. “Our view was that the 3 km swim gave little advantage to a swimmer and was, to be frank, a bit of a joke. We asked ourselves over what distance do the relevant sporting bodies hold their national championships?

This gave us a wonderful event of a 25 km swim followed by a 180 km bike ride and finishing off with a traditional running marathon.

With appropriate self-interest we thought it would be easier for us swimmers to be able to get to a point where we could run a marathon than it would for Robert De Costella (the then Commonwealth marathon champion and world-class runner) to get to point where he could swim 25 km. Much beer was consumed discussing the event but to no avail – the 25 km swim killed it for every other sports person.

So, that flimsy piece of anecdotal evidence supports the proposition that there is no comparison.”

Ice swimmer and ocean advocate Lewis Pugh says, “I’ve done both – a few times. Both are a long way. It would be interesting to know how many runners could swim 25 km. [Compare that to] how many swimmers could run 100 km. I think it would be fairly equal.”