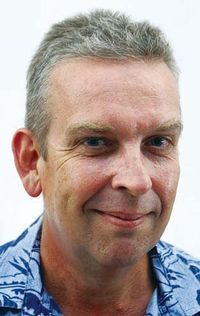 Miller, who will be honored by the International Marathon Swimming Hall of Fame at its annual induction ceremonies in Cork, Ireland in October and is credited as being one of the three individuals responsible for the inclusion of marathon swimming in the Olympics, is the longest serving FINA member who focuses on open water swimming. The FINA General Congress, with the participation of delegates from 170 National Federations elected Miller to the new FINA Bureau for 2013-2017.

Miller will work under Dr. Julio C. Maglione, who was re-elected for a 4-year term. The composition of the new FINA Bureau includes President Maglione of Uruguay, Honorary Secretary Paolo Barelli of Italy, Honorary Treasurer Pipat Paniangvait of Thailand, and Vice Presidents Husain Al Mussalam of Kuwait, Tamas Gyarfas of Hungary, Dennis Miller of Fiji, Dale Neuburger of the USA, and Sam Ramsamy of South Africa.