Desafio 8K Challenge In The Heart Of South America 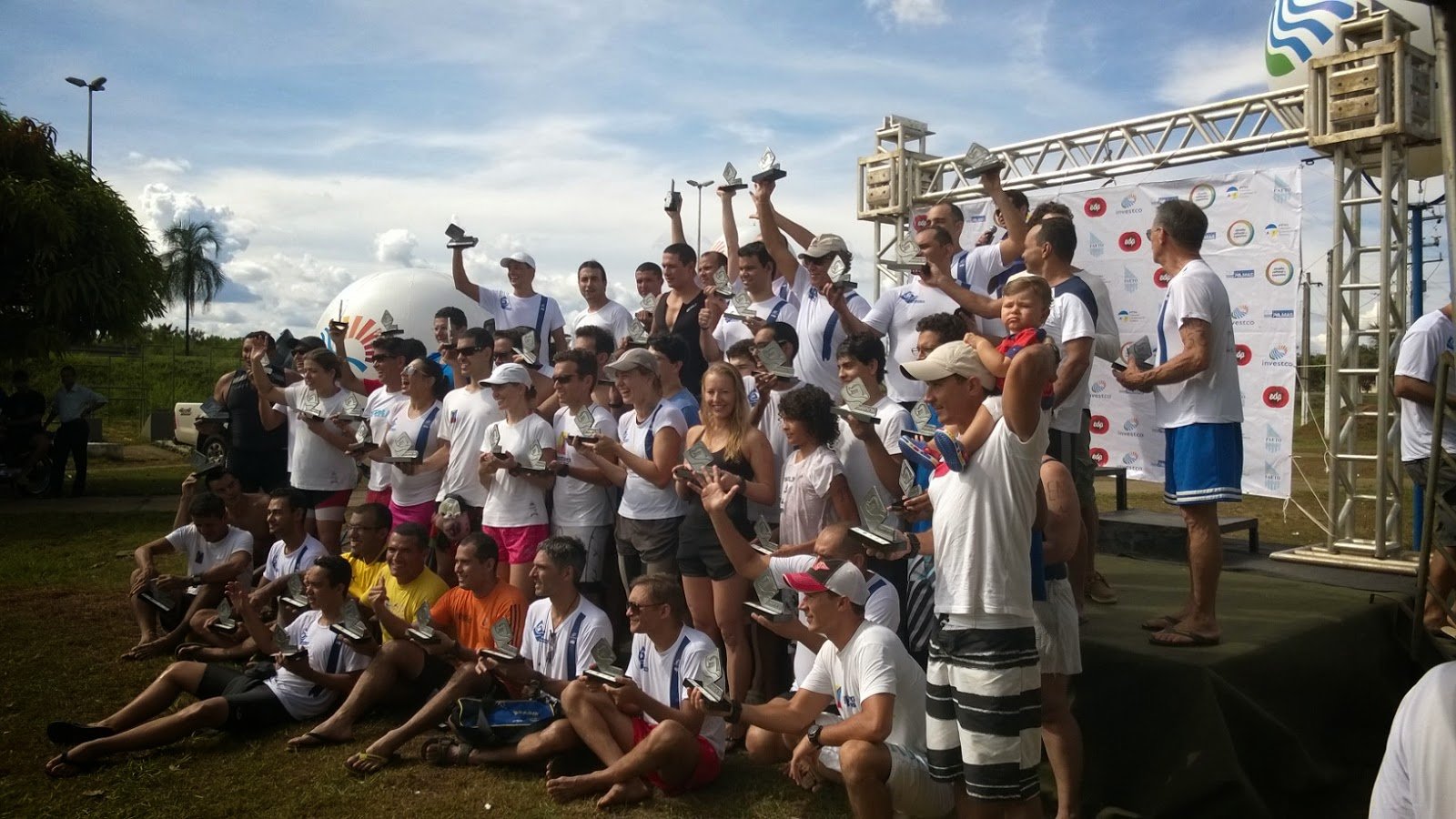 Courtesy of Ricardo Ratto in the heart of South America.

In the heart of South America, in Brazil, in clean blue waters, in a lake formed by the dam of the hydropower plant named Lageado, along the Tocantins River, in the city of Palmas, Tocantins State, the Desafio 8K (8K Challenge) is an extraordinarily nice and safe swim, in 28ºC (82ºF) water temperature (and 32ºC to 90ºF air).

“53 swimmers lined up to the start of the 8 km swim in a big lane formed by the embankment constructed to allow the crossing of the body of water by cars and trucks that travel through the TO-080 road. The embankment is interrupted by 3 long bridges including one that is 1.8 km long. It is here that the race becomes most difficult,” says Ricardo Ratto, an official at the 2012 London Olympic Games 10 km marathon swim and open water swimming lecturer.

Two other bridges are shorter, no more than 200 meters across. “The swimmers closely follow the embankment throughout most of the race. The main reason is because the extremely strong river flows at the main bridge strongly pushes against the swimmers, diverting them off-course.

“The city of Palmas is the capital for the state of Tocantins and the entrance to the main tourist sites including the Jalapão Desert, a unique eco-system in the world. Swimmers can visit the desert as well as take part in the 8 km crossing,” says Luiz Soares, FAETO President and the former coach of Gustavo Borges, the Olympic medalist. “It is an exceptional experience for foreigners.”

This event is hosted every year to celebrate Palma’s anniversary and is sponsored by Investco, the hydropower plant company whose president is one of the swimmers who has crossed the dam, Plácido Meirelles. “It has everything to be one of the main events of this Brazilian region, due to great commitment of the sponsor and organizers,” says Ratto. “It attracts professional swimmers for its prize money and to masters swimmers interested in combining travel with some excellent competition.”