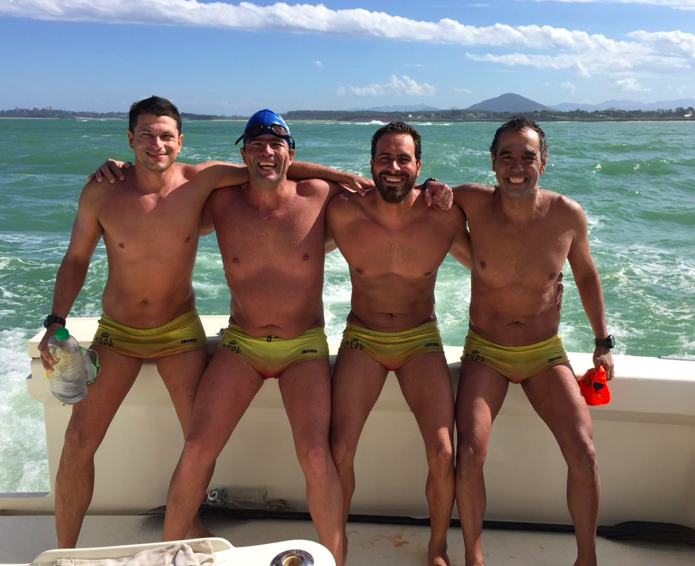 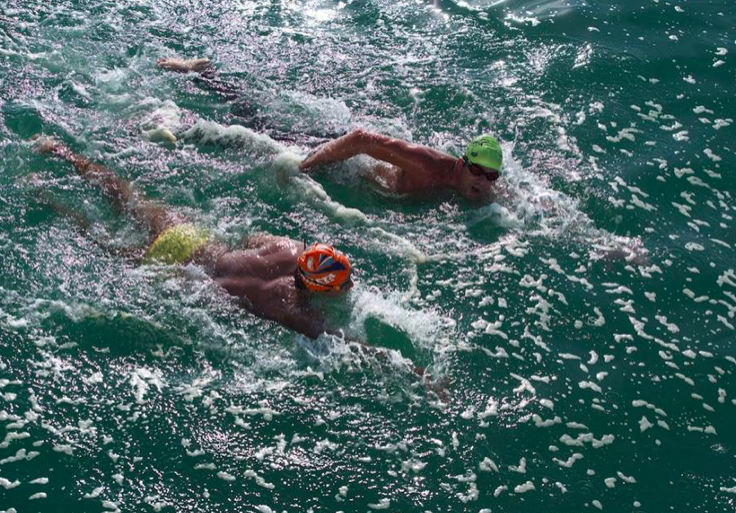 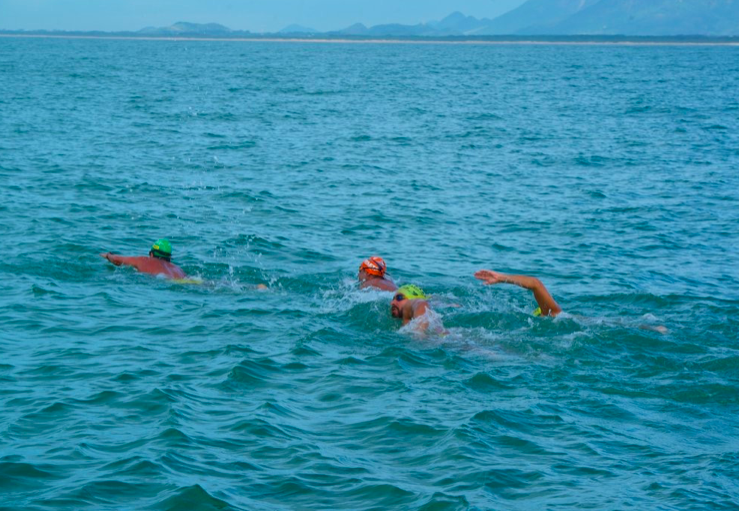 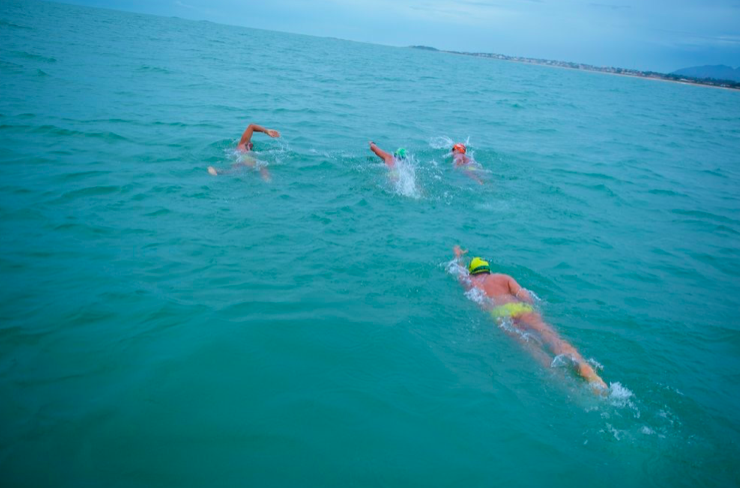 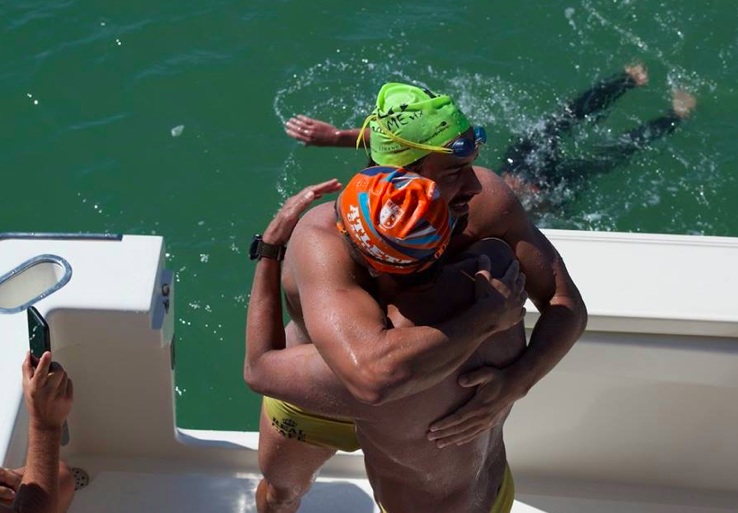 With warm sea temperatures lapping against 7,941 km of coastlines, Brazil offers almost innumerable swimming opportunities. Vitória is the capital city of the state of Espírito Santo in southeast Brazil and is famous for its moqueca fish stew, but it is not known as an open water swimming destination.

Cesar Saade Jr., Cedric Sartori, Marcio Junqueira and Flavio Ferreira came up with an idea to swim from Vitória to Anchieta, a historical heritage site named after a 16th century Jesuit missionary José de Anchieta who used to walk on the sand. His path became a spiritual destination for hikers and tourists.

The foursome’s goal was to swim together as a team and not as a relay, so they had to split the 85 km distance into four stage swims over four consecutive days, swimming 21 km daily for 5 hours 30 minutes. Every morning at 6 am, they would jump from the boat, stopping every other 30 minutes for a feeding and rest.

Their crew watched them from the boat and an escort kayak.

There were jellyfish along the way. During the third day, the swimmers faced a stronger tide.


They reached their finish in Anchieta on June 3rd, completing the unprecedented swim along the Espírito Santo seashore in a cumulative time of 22 hours.