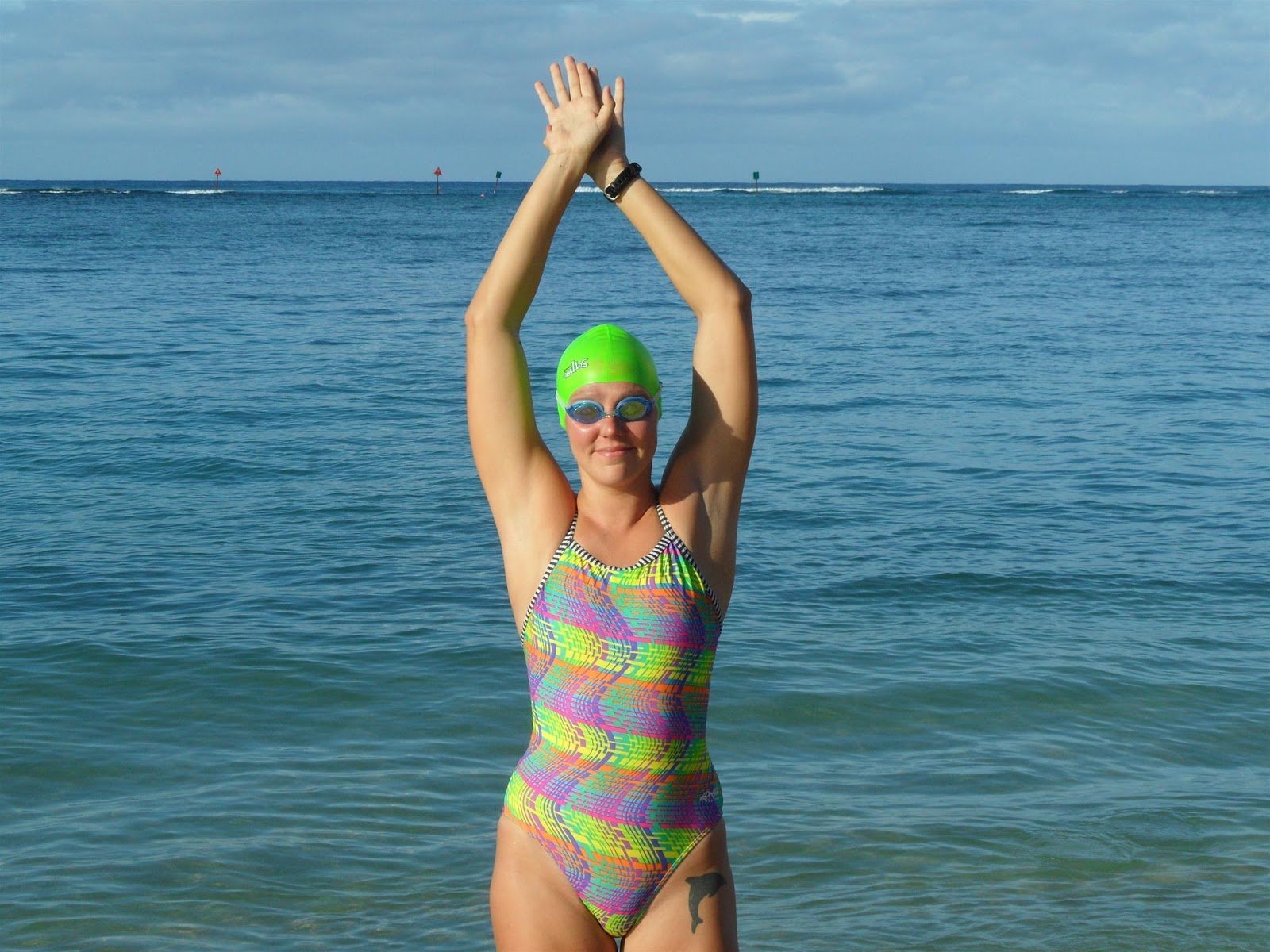 After the 25-mile (40.2 km) In Search of Memphre, Katie Benoit will attempt an unprecedented Biathlon Marathon in Lake Memphremagog where she will run 35 miles (56.3 km) back to the start.

The detective from Colorado Springs who specializes in Special Victims, high up in the Rocky Mountains, explains the event:

Daily News of Open Water Swimming: Are you starting in Newport, Vermont (USA) and swimming to Magog, Quebec (Canada) and then running along the highway back to Newport?
Katie Benoit: The direction of the swim will be weather and current dependent according to race director Phil White.

Daily News of Open Water Swimming: How are you training for this? Mostly swimming or mostly running or half and half?
Katie Benoit: Training-wise, I am mostly swimming with a little running. I run about 3 hours a week and try to get 4-5 good swims of 5 km+ in on top. Occasionally, I have time for longer swims and runs but I don’t really go past 3 hours. I would not consider this ideal, but it’s a working adult’s reality. I find more training for me comes at the expense of sleep and leaves me feeling awful…Apparently my 30’s are teaching me to listen to my body which is a new concept for me.

Daily News of Open Water Swimming: What is harder to train for, the run or the swim?
Katie Benoit: I’m much more of a natural swimmer so running training is harder than swimming for me. A lot harder.

Daily News of Open Water Swimming: If you had your choice, would you do the run first or the swim first?
Katie Benoit: I would always want to swim first. I struggle with cold. Now even more so that I am even lighter than last season and believe cramping would be an issue. Darren Miller ran a sub-3 marathon and was trying to swim 6.2 miles under 3 hours after, but was stopped by cramping. I think it is safer to swim first.

Daily News of Open Water Swimming: Is your support crew going with you the entire way, both on the swim and the run?
Katie Benoit: Crew-wise I believe I will have new folks for the run. Phil [White] provides my crew for me; I am travelling alone this time.

Daily News of Open Water Swimming: How will your feeds differ, if at all, on the swim and the run?
Katie Benoit: Feeding will be a little different for the run. Instead of every 30 minutes, I will go to every 15 minutes and also up my fluids and electrolytes [because] I lose more on the run.

I am not quite sure what to expect, but I told Phil let us call it a combat shuffle rather than a run. Hopefully I will make it through the cold water relatively OK and will be semi-alert for the run. I really don’t know what to expect.