Did You Receive Your Blue Letter? 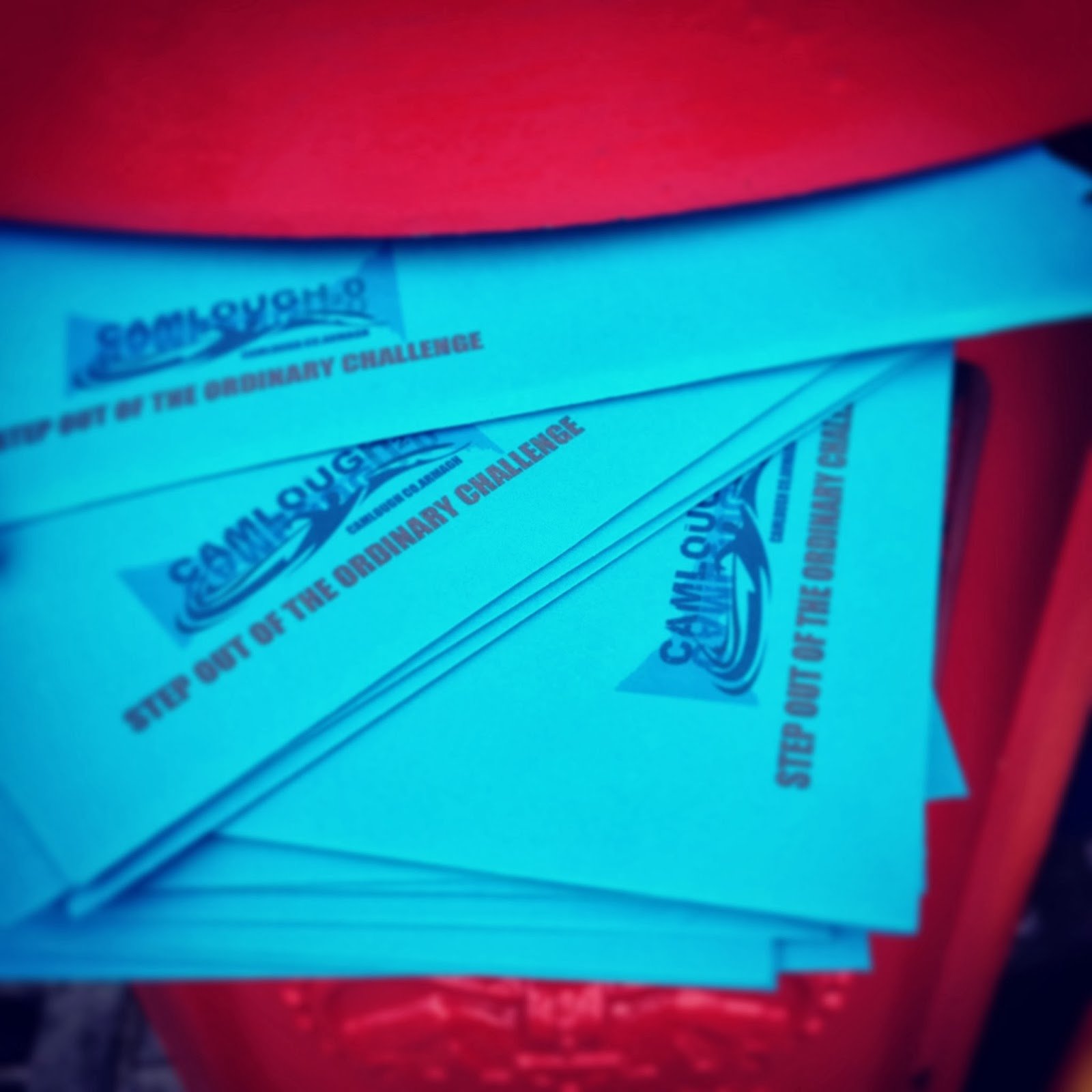 Pádraig Mallon is a man always up for a new challenge. In ‘Step out of the Ordinary – Challenge yourself‘ event, he shares his passion to test himself with others via a new Camlough Lake Water Festival (CLWF) project. The program encourages individuals to step out and challenge themselves.

The event closed on October 31st and some of the challenges included:
* Challenge my friend to cycle from Newry to Poyntzpass by 26th July
* I want to be an IRONMAN, challenge me
* My daughter would love to swim, challenge her
* My mum needs a motivation, challenge her
* Hit me with anything
* Bet you cannot challenge me

On November 13th, 196 blue ‘Step out of the Ordinary’ challenge letters were delivered to individuals. They could either accept the challenge and see what was inside. Or they could reject the challenge, return to sender and never hear another word.

“Surprise, shock, dread, delight just a few of the emotions expressed as the CLWF Team seen 2014 unfurl,” reported Paulo Coelho. “Only two envelopes have been returned, but the flood gates have opened with approximately 300 emails received from others wanting a challenge, they will have to wait until 2014.”

The ‘Step out of the ordinary’ Facebook event is receiving daily posts from those challenges already focused on their new goal – some expressing how tough it is some just posting ‘bring it on’ . The CLWF team is continually updating its Facebook page with motivational quotes and statements to keep momentum.

“When we least expect it, life sets us a challenge to test our courage and willingness to change; at such a moment, there is no point in pretending that nothing has happened or in saying that we are not yet ready. The challenge will not wait. Life does not look back.”

Tags: Pádraig Mallon, Step out of the Ordinary