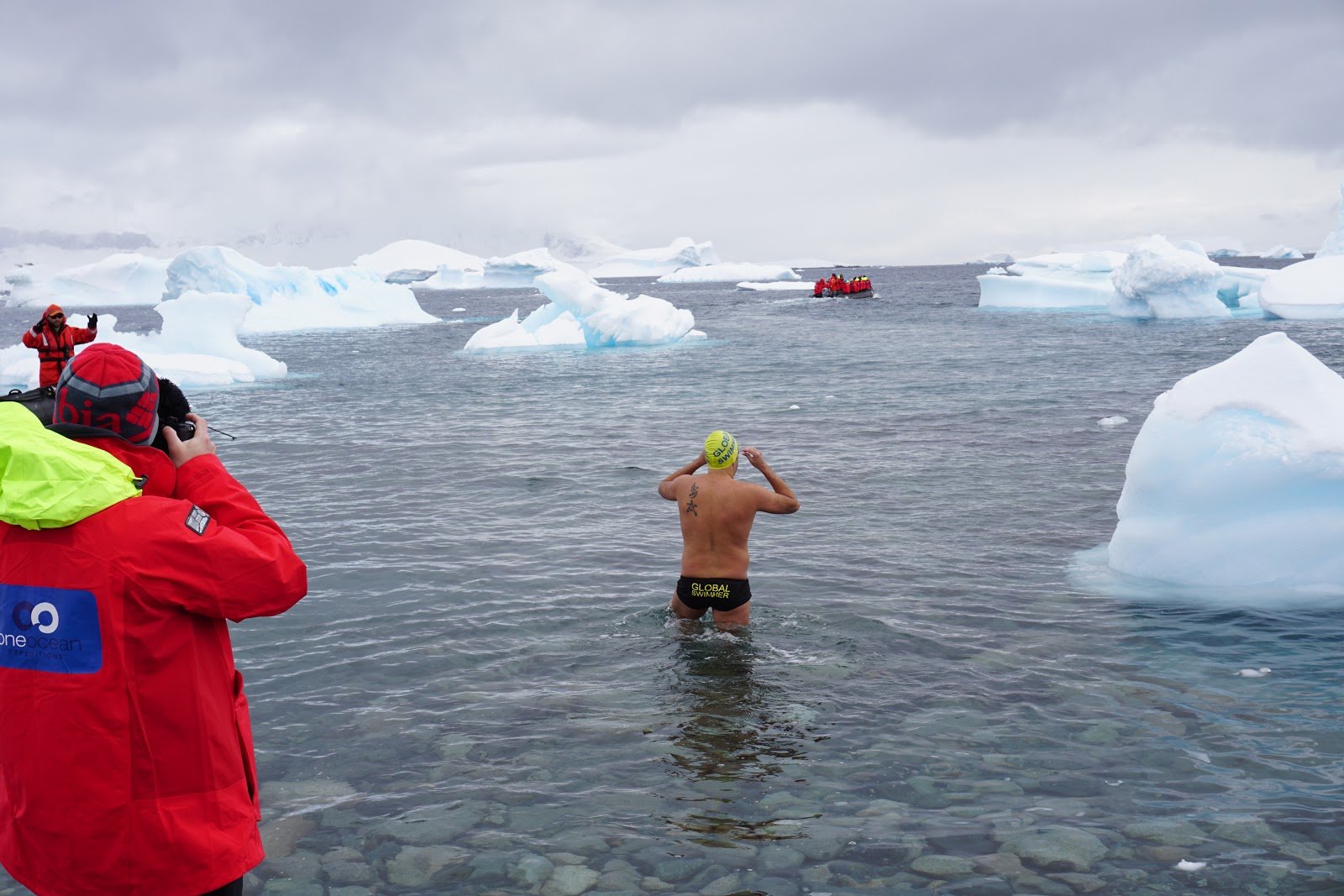 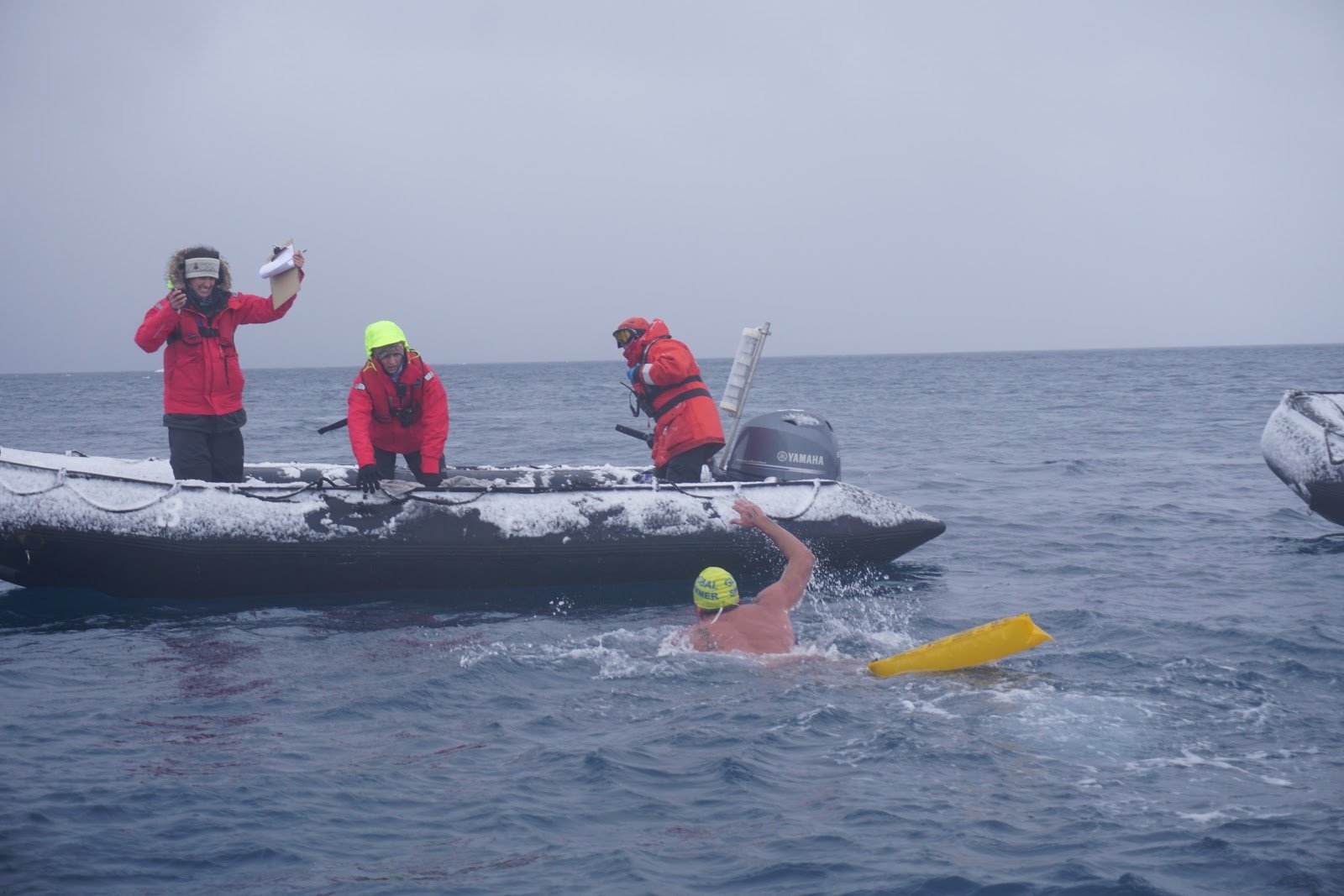 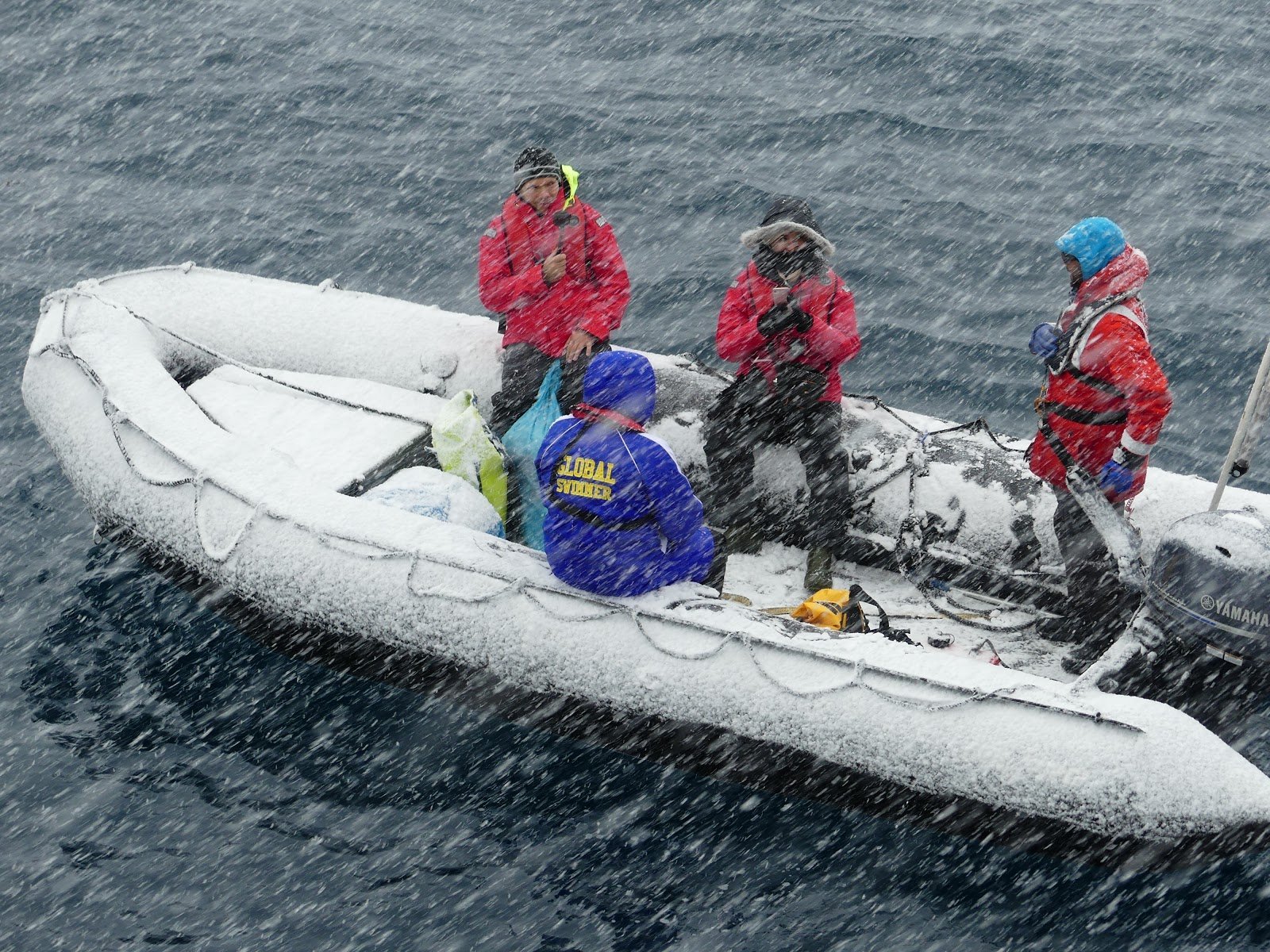 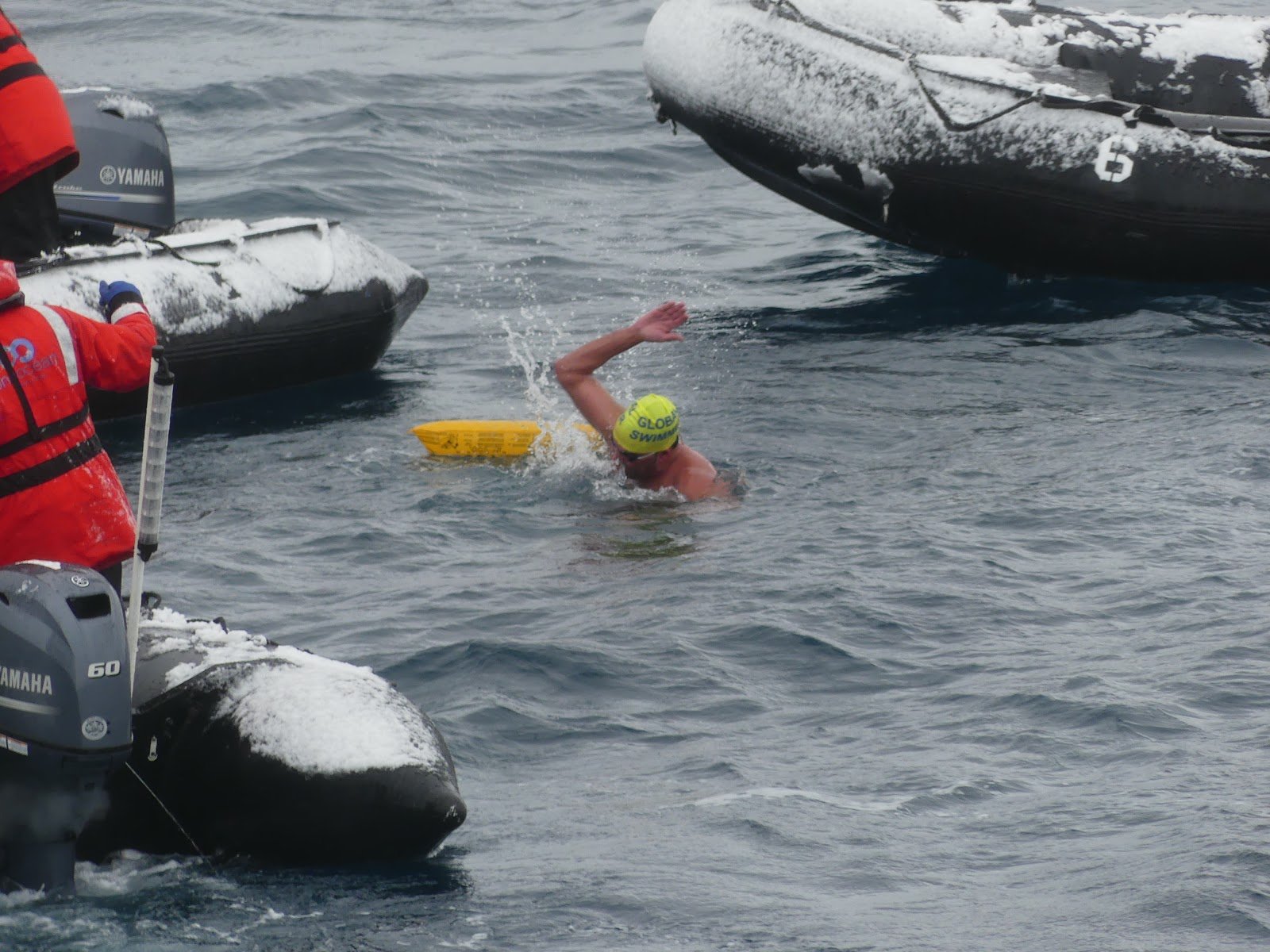 Courtesy of WOWSA, Southern Ocean along the Antarctic Peninsula, Antarctica.

Spain’s Diego López Dominguez is finally home in New York City after 20 days on the road for his Antarctica trip where he was one of 14 swimmers who successfully completed the International Ice Swimming Association-sanctioned Antarctica Ice Kilometer Swim, finishing third overall in 12:40:90 in the -1.2°C water in the Southern Ocean near Antarctica.

“It has – no doubt – been one of the most, if not the most, amazing experiences in my life, swimming and otherwise.

The conditions, as you heard from Jean Craven and Ram Barkai, were harsh and dynamic throughout the trip. We were basically on standby for the whole trip.

However, it was extremely helpful and inspiring to be in a group, with such a team of incredible ice swimmers from all over the world. Individual success meant nothing until we all finished and returned home with a 14 out of 14 score.

Swimming an Ice Kilometer in -1.2°C water with strong winds and non-stop snow in the open water while sorting icebergs is not easy. And if you add the magic and intimidating landscape of Antarctica, it becomes a really unique experience. Results are very relative, but I was honored to share the heat – and the overall podium with Petar Stoychev and Victoria Mori. What two amazing competitors they are.

Antarctica was my last swim of the year and of the Continents Seven project. It has been an incredible and enriching year that will change my life forever.”

López – known as the Global Swimmer – is among the nominees for the 2018 World Open Water Swimming Man of the Year along with the following individuals:

López, originally from the Canary Islands, not only completed his Continents Seven in Antarctica, but he also participated in races in Haiti, USA, New Zealand, Australia, South Africa, Bolivia, England, France, Turkey, and Hong Kong throughout the year – completing 17 swims totalling 257 km on 7 continents.

Steven Munatones says in awe, “His 11-month tour of the globe required tenacity, logistical planning, significant financial resources, stamina and a huge appetite for travel and doing swims in severe jet lag. He crossed the English Channel and Catalina Channel; he swam in Lake Titicaca in the Andes, and won races in Hong Kong, Haiti, New York, Arizona and culminated the year with an ice kilometer in Antarctica. Diego is a friendly, personable, accessible ambassador on literally every continent in the world.”

To vote for the WOWSA Awards and the 2018 World Open Water Swimming Man of the Year, visit here.