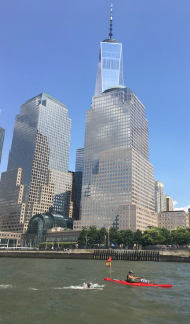 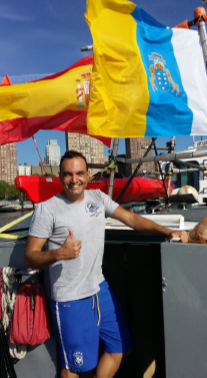 Diego López Dominguez, a Spanish open water swimmer from the Canary Islands, came up with the concept of Continents Seven. As a globally-minded entrepreneur, he wanted to create a series of seven different solo open water swims that should be completed on all of the seven continents of Planet Earth either (1) within one year, or (2) over the course of one’s career.

The 36-year-old finance executive and an aquatic adventurer was educated in Spain, Italy and at the London School of Economics. He has lived in Europe, the Middle East and Africa ranging from Madrid, Qatar, Abu Dhabi, Hong Kong, Rio de Janeiro and New York City.

He is a passionate advocate of globalization and writes a blog of economy called Global Islander [see here], after living in 8 countries and visiting over 80 countries during his swimming and business career.

Continents Seven is a series of 7 different, self-directed solo open water swims that is completed in all of the seven continents of Planet Earth either (1) within one year, or (2) over the course of one’s career.

“The swims must be performed in the world’s continents: Africa, Antarctica, Asia, Australia (or Oceania), Europe, North America, and South America,” explains López.

López plans to swim the following in 2018:

“I will also participate in 9 other races to reach a total swimming distance of 230 km over 16 swims in 10 countries on all 7 continents including a crossing of the Strait of Gibraltar from Spain to Morocco and across the English Channel in 2019, aiming to be the 8th Spaniard and 1st Canary Islander to achieve the Triple Crown of Open Water Swimming.”

For more information and to follow his Continents Seven journey, visit www.globalswimmer.com.