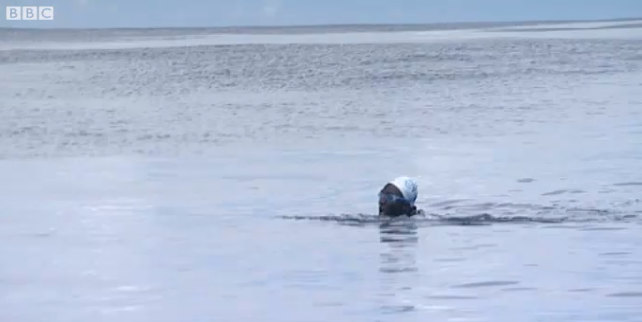 Lots of people around the world are nervous about swimming in deep water.

It is frightful and presents significant fears for many.

Andy Akinwolere was one of those people. But he overcame his fear in a big, big way.

Back in June 2011, in the middle of the deep blue Pacific Ocean, Akinwolere, one of the presenters on BBC’s Blue Peter, became the first person to swim across the deepest part of the Palau Trench, the deepest ever recorded location for an open water swim.

Akinwolere admitted that swimming was his greatest fear. From barely being able to swim (see here) to swimming 8.6 km in some of the deepest waters in the world (27,976 ft), Akinwolere grew in self-confidence and ability. It is a great message for those who face personal challenges, especially those who fear the water and the deep.

His BBC interview is here.