Disaster Off Fire Island Back In 1964 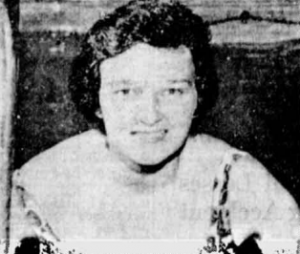 Back in June 28th 1964, 29-year-old Britt Sullivan from Omaha, Nebraska attempted a stage swim across the Atlantic Ocean.

The mother of a 7-month-old daughter walked into the Atlantic in Coney Island.

Despite poor weather prior to the 3,000-mile swim expected to take 5 months of swimming 18 hours per day, everything was set to go.

But on her second leg of the stage swim, she went missing at night near Montauk Point, five miles off Fire Island in New York. Sometime between 10:30 – 11:00 pm, her escort pilot Laurence Griffith reported her missing when she lost contact with her escort crew.

The U.S. Coast Guard was alerted and searched for her with two helicopters and a rescue cruiser, but to no avail. Sullivan work a rubber wetsuit with yellow stripes, fins, diver’s markers, a knife, bell and a canteen when she went missing despite calm waters around Fire Island.

By 12:20 am the following morning, a Coast Guard airplane was scouring the area, but nothing was found.

But this last transatlantic stage swim attempt got off on the wrong turn. On the first night, Sullivan had to be pulled from the water when a school of sharks swam near her.  Captain Griffith pulled her from the water on this initial scare, but she got back into the water later at night. It was on her second night when disaster struck the former Navy WAVE (United States Naval Women’s Reserve).