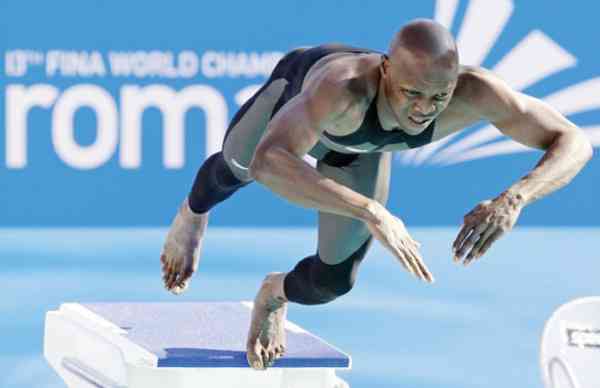 Samuel Jesimiel is the Open Water Swimming Coordinator for the Lagos State Water Regatta and the Five Cowrie Creek event.

The Five Cowrie Creek separates the Ikoyi Island from Victoria Island in Lagos, Nigeria. The competition distance swum is 500 meters from Ikoyi Island (now Regatta Village) to the Victoria Island at the Civic Centre Club. In the first year (2011), 128 men and 52 women qualified from the local governments areas and clubs in Lagos State.

The 180 swimmers were reduced to 100 swimmers for the finals held on May. “All the participants were kitted for the races,” explained Jesimiel. “Cash prizes were given to the top 3 finishers in both the male and female categories. In 2011, the men included first-place Perelate Gbagi, second-place Sunnie Ayejoh, and third-place Gbaikemiye Williams. On the women’s side, the winners included first-place Justina Iwajomo, second-place Jennifer Orumor, and third-place Mercy Olopele.”

In the second year (2012), the distance was lengthened to 1.5 km. But the increased distance also led to additional competitors (230) who participated in the preliminary trials in the Five Cowrie Creek including Olympic sprinter Yellow Yeiyah (shown above). Those 230 swimmers were reduced to 100 finalists (70 male and 30 female) from among the various swimming clubs and local governments. The cash prizes went to first-place Yellow Yeiyah; second-place Perelate Gbagi, and third-place Gbaikemiye Williams, with first-place Timi Urounah; second-place Jennifer Urounah, and third-place Justina Iwajomo.