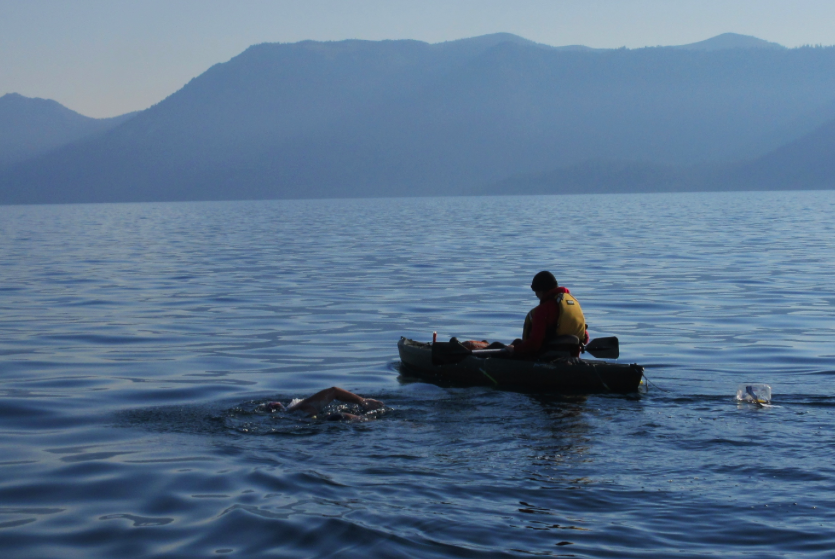 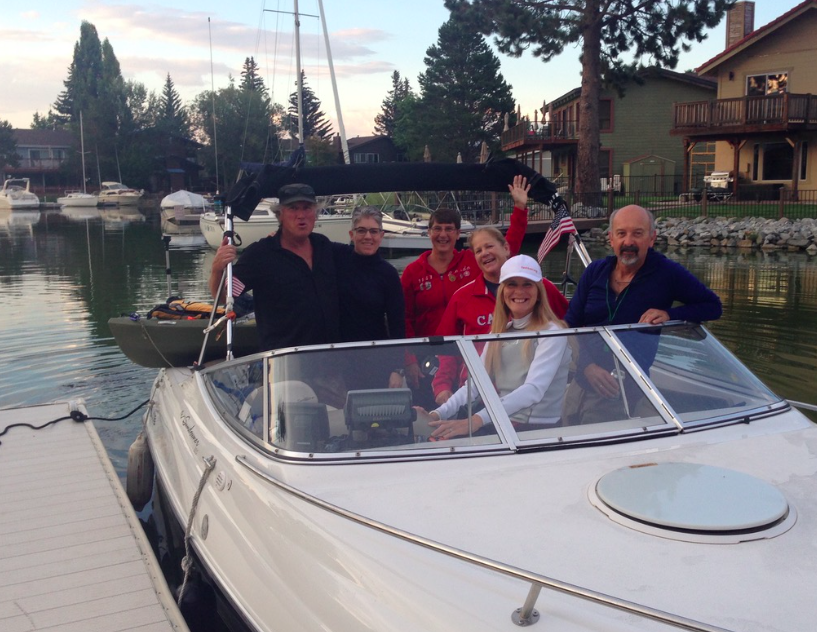 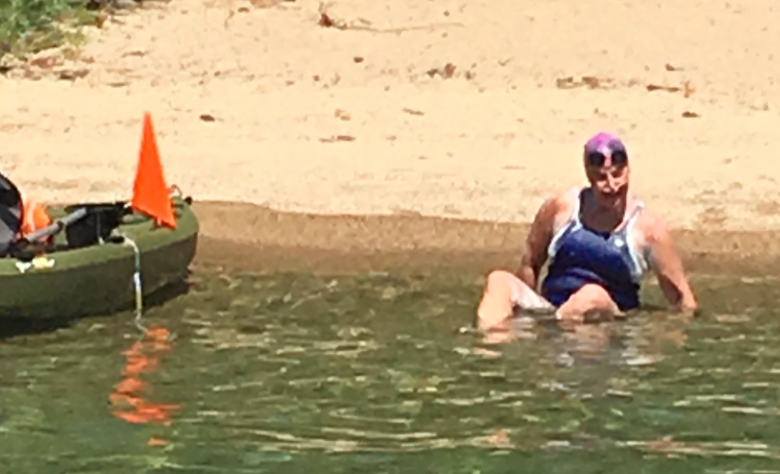 On August 20th-21st, Marilyn Korzekwa swam the 21.25 mile (34.2 km) length of Lake Tahoe from Camp Richardson in the south to Hyatt Beach, Incline village in the north in 17 hours 2 minutes.

“I found that whenever I tried to pick up my pace to stay warm because the air temperature fell to 60°F, I felt nauseous. When this culminated in vomiting, I took a motion sickness pill (Bonine®) and felt much better.

Elaine Howley suggested that disorientation in the pitch blackness might be the cause of the frequent reports of nausea by experienced marathon swimmers who rarely feel nausea. Although I did not feel disoriented, there were lengthy patches of swells that seemed to come from all directions like a washing machine. Lake Tahoe at night is so black you can practically make out every star in the Milky Way
.”

The water temperature averaged 68°F (20°C) and the winds were light. “A special treat on this swim was the 80% eclipse of sun. Although the sun still sparkled, it lost its warmth, the sky looked like someone had sprinkled black dust in it, and the water lost its beautiful cobalt blue color.

I had to sit down after finishing. I was so dizzy. I had to drink six bottles of water before it went away. I had spent a week acclimatizing to the altitude. I heard three weeks is really what you need.”

Korzekwa was accompanied by Tom Linthicum, the owner of the Ghostrider 22.5 foot powerboat and co-founder of the Lake Tahoe Marathon Swim Federation. “As a swimmer who has swum the length of Lake Tahoe three times himself, Tom knows exactly how to navigate for a swimmer. Official observer was Jodi DiLascio, a Catalina observer and daughter of Korzekwa’s legendary namesake, Marilyn Bell DiLascio. Kayakers were Korzekwa’s husband and Lake Erie swimmer (43 km route) Paula Jongerden. Thie Convery (Lake Erie 20 km) was coach and pacer swimmer.

“I was excited to use this swim to raise money for Sashbear Foundation, a Canadian charity founded by Lynn Courey, whose daughter, Sasha, a swimmer who suffered from BPD, died by suicide in 2011. Sashbear funds educational programs for therapists, families and in schools.”