DNA And Culture And Coach Are In Place For Australia 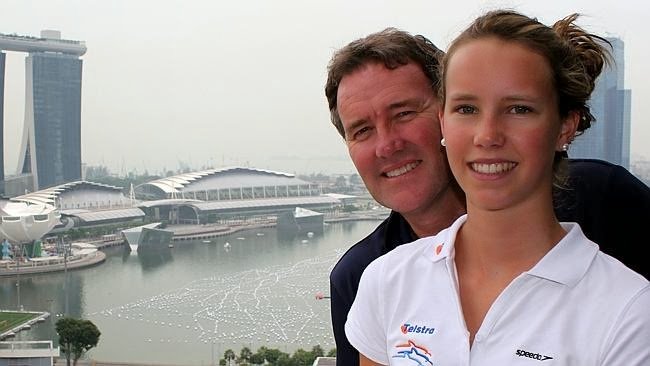 There are some high-pressure positions in the open water: referees in the Olympic 10K Marathon Swim, race directors of mass participation events, and escort pilots of record channel attempts.

But just as he did as an athlete at two Olympic Games (1980 and 1984), two Commonwealth Games (1978 and 1982), and numerous Surf Life Saving championships in Australia, Ron McKeon is expected to step up to the plate and help lead Australia to its first open water swimming medals at the 2016 Rio Olympics in Copacabana Beach.

Swimming Australia’s Director of High Performance Michael Scott said, “Ron’s insight into the daily training and competition environment will be of great value when developing our open water program to nurture our athletes to achieve notable successes in the 10 km at the Olympic Games and beyond. With Ron’s knowledge of elite performance and his credibility within Australian Swimming, he’s the ideal person to take the sport to the next level.”

With a number of young Australian swimmers gunning for international success and the next Olympics held in the rough water Copacabana Beach course (as opposed to the flat-water rowing basin course at the 2008 Beijing Olympics and the tranquil Serpentine at the 2012 London Olympics), the Wollongong-based coach has raised the level of expectations among the Australian swimming community. He has a well-documented history of placing athletes at the Olympic Games, World Championships, Commonwealth Games, World Short Course, Junior Pan Pacific Championships, World University Games as well as the Youth Olympic and Commonwealth Games Festivals.

Not only did his own children (David and Emma) represent Australia at the 2012 London Olympics and 2013 FINA World Championships, but Coach McKeon’s transplanted pool swimmer Jarrod Poort finished fifth in the 5 km solo swim and fourth in the 5 km Team Pursuit event in Barcelona. “I’m really excited by this opportunity, and looking forward to working with Michael Scott and the Swimming Australia High Performance team to further develop the open water program. You only have to look at the huge numbers of people involved in ocean swimming over the summer, and our strong surf lifesaving culture, to realise that open water swimming is in our DNA and an event we can really excel in. I’m looking forward to working with the coaches and athletes to continue to do just that.”