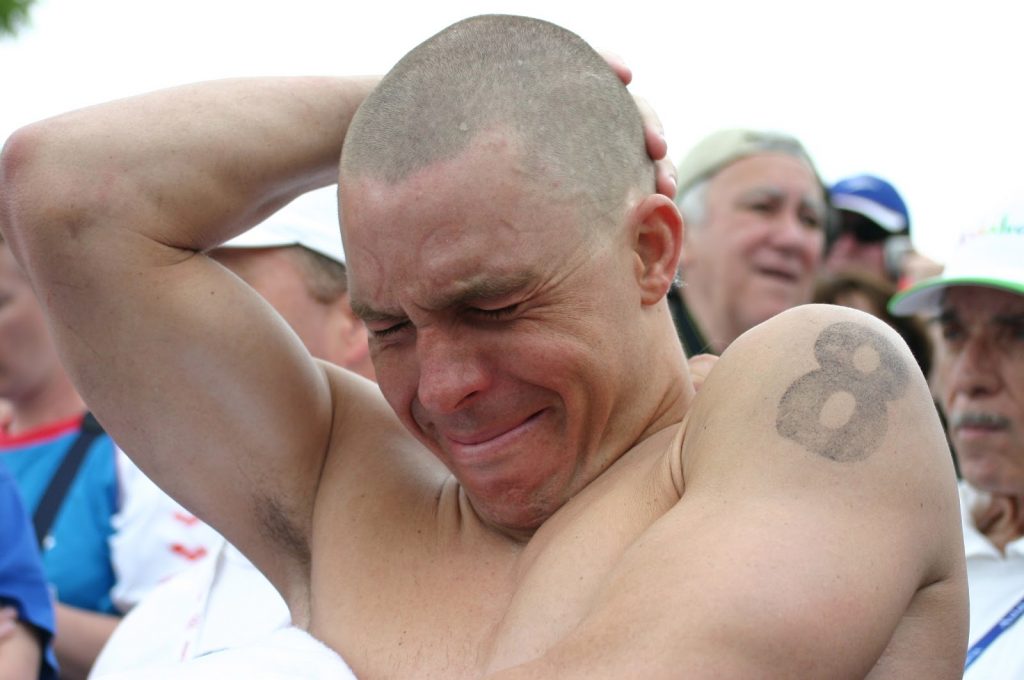 As marathon runners and triathletes talk about bonking, open water swimmers talk about the conditions of the water, the pace of their competition, or the climate they will face – either warm or cold.

We have rarely heard competitive open water swimmers talk about talk about straight-out bonking like runners and triathletes frequently do.

That word – bonking – is not widely used in the conversations heard among elites or masters.

“The pace was too fast. The conditions were too tough. The feeds were not right,” are some of the alternative explanations…but not bonking.

Swimmers do not even talk about bonking in practice. “I died on that set. I couldn’t make the interval. I could’s stay with him when he took off,” are some of the phrases heard from Sydney to Seattle.

They discuss hypothermia, for sure. They worry about marine life, most certainly. They wonder about pacing and hyperthermia, yes. But not bonking.