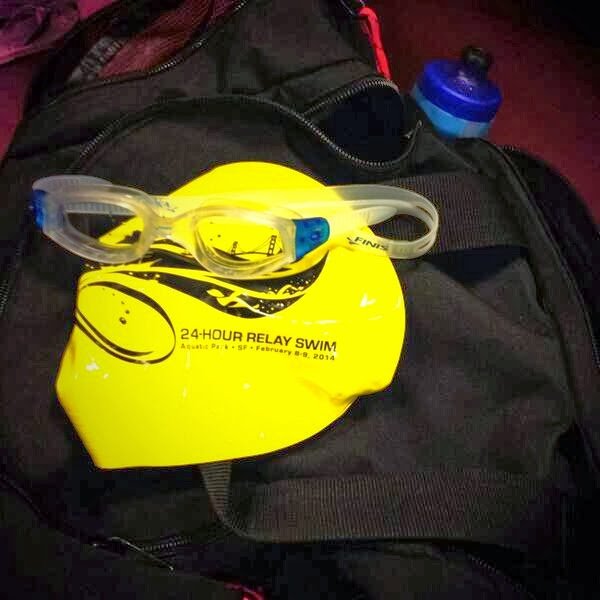 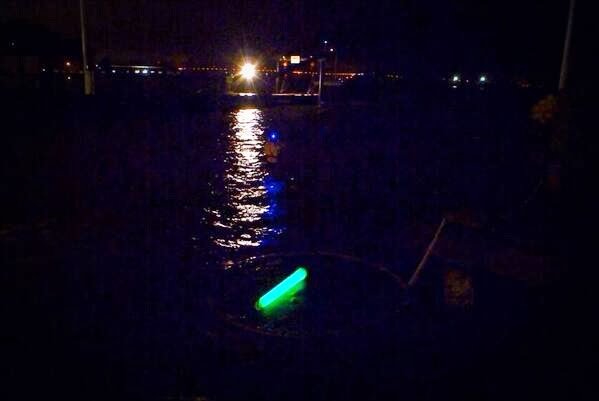 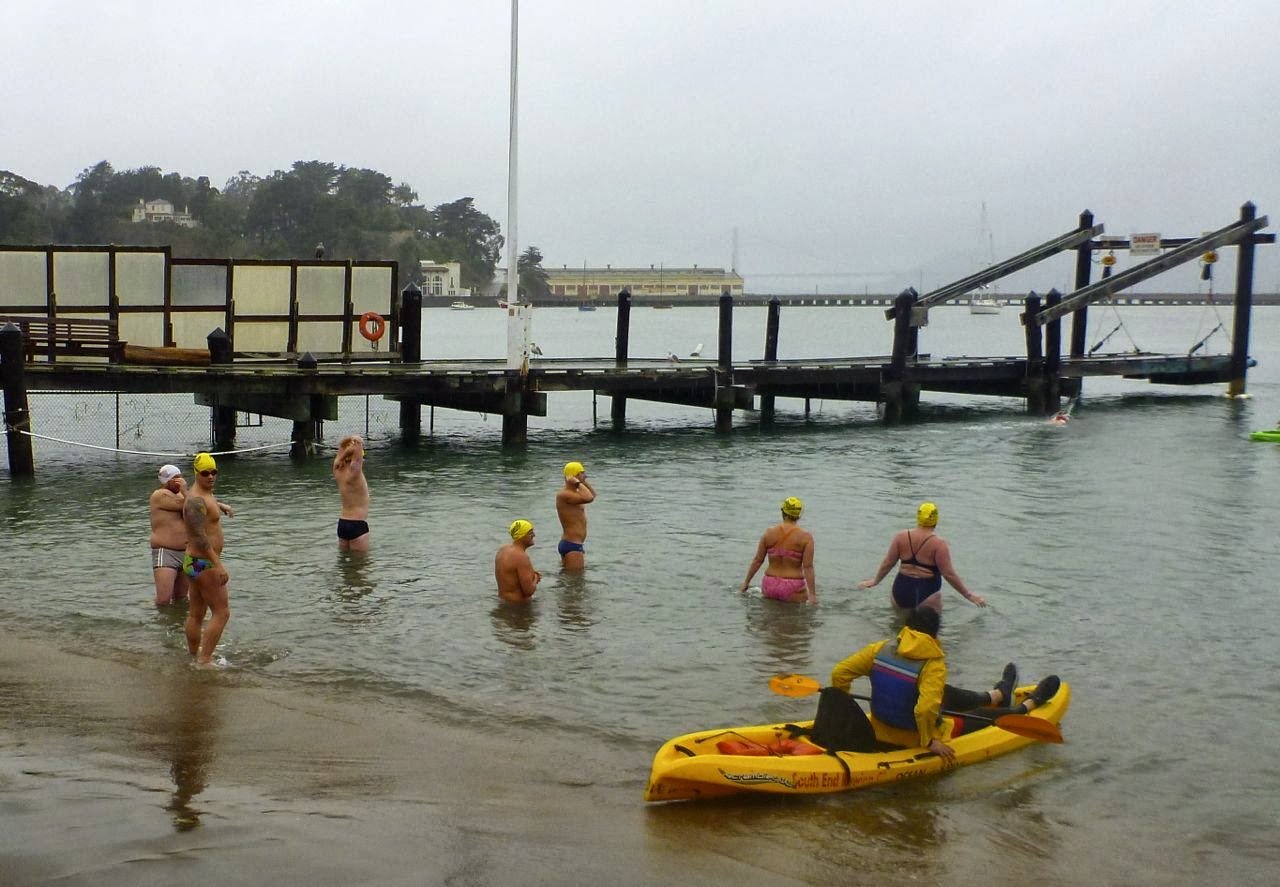 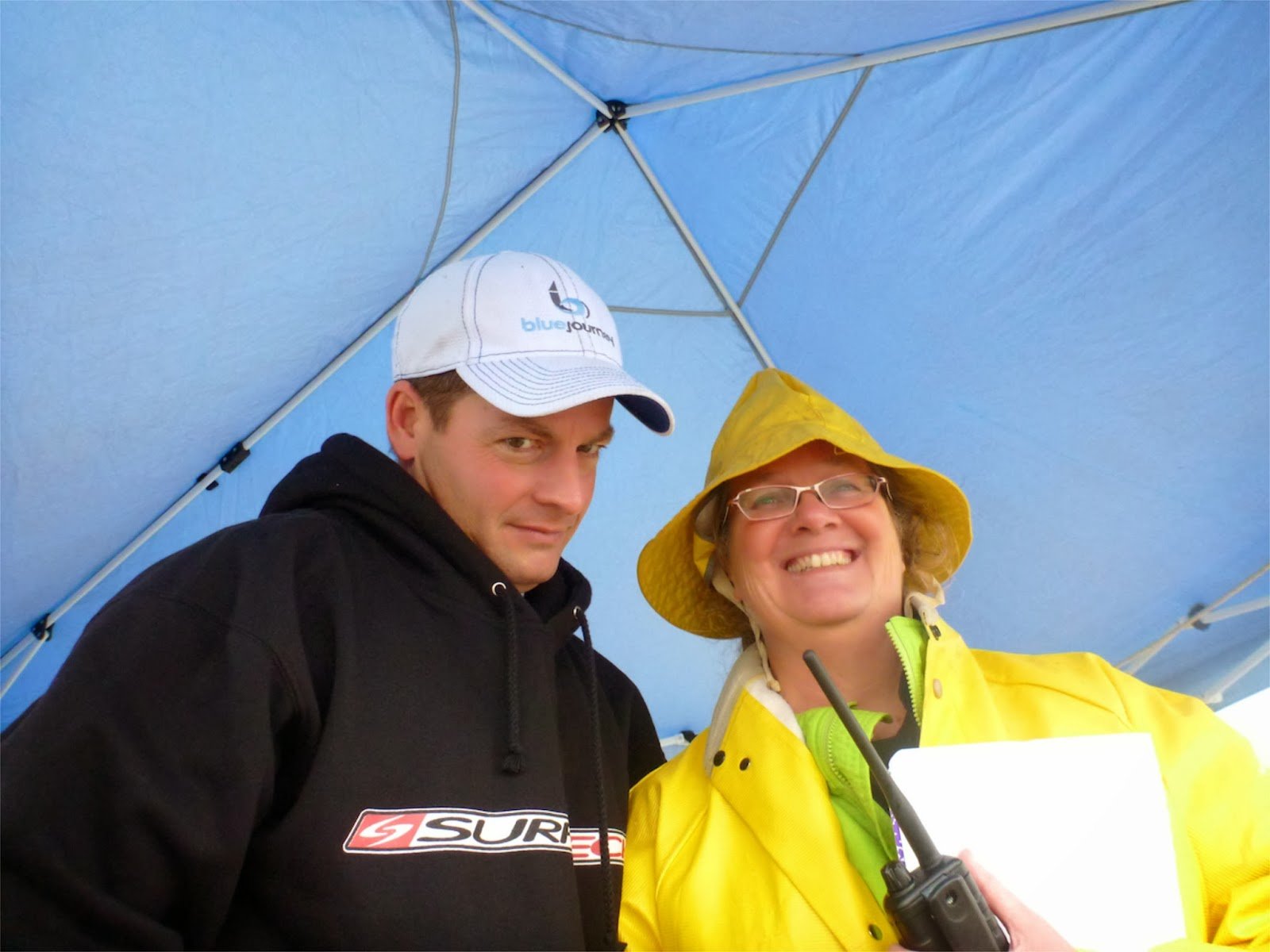 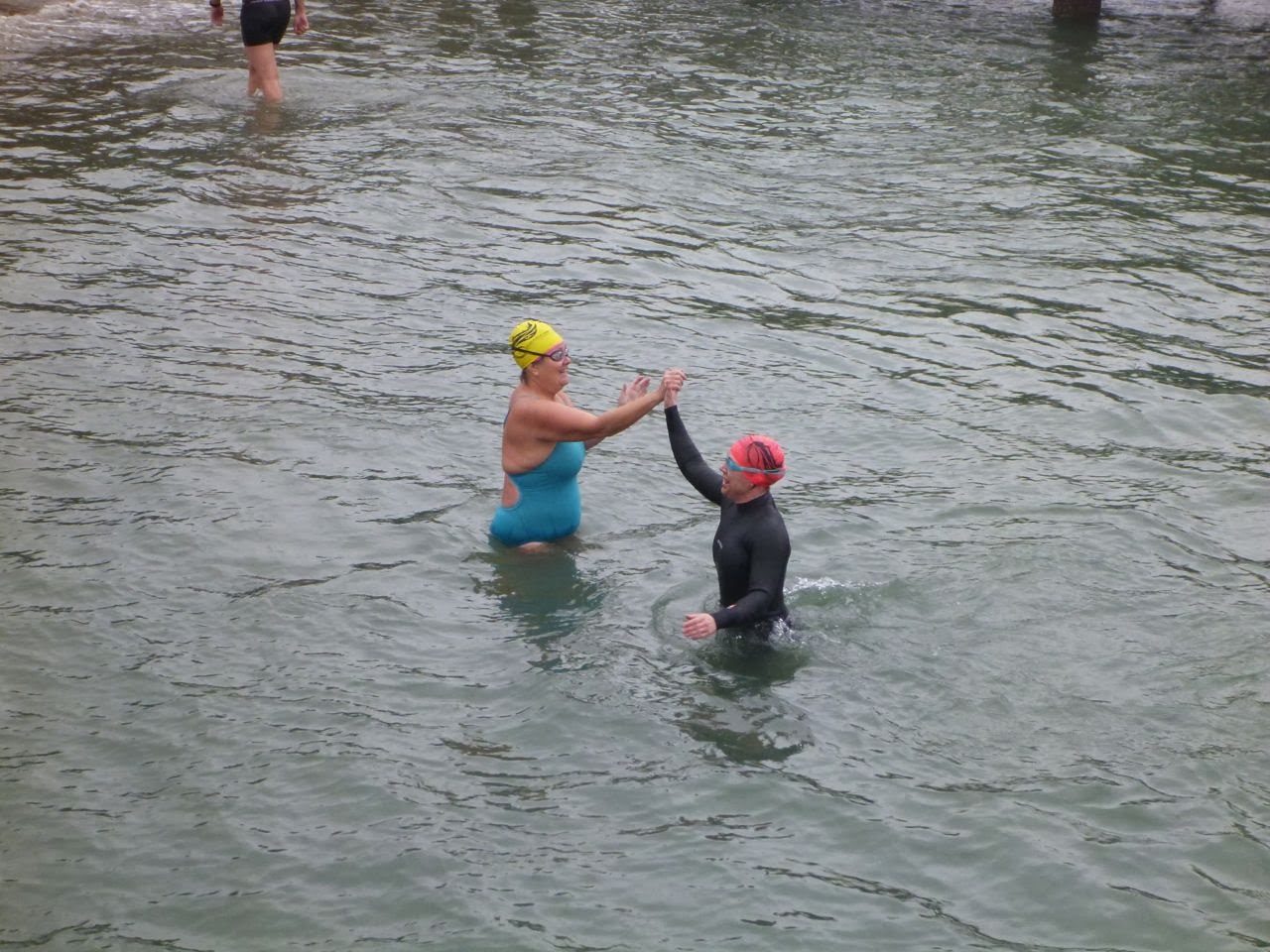 Suzie Dods outdid herself. Which is not easy to do for one of the world’s most active marathon swimmers who volunteers and escorts to help other like-minded open water swimmers.

But she did with her inaugural 24-hour Swim Relay in San Francisco, California inspired by the 24 Heures La Tuque professional relay of the 1960s and 1970s in Canada.

“Suzie coordinated everything,” described Bruckner Chase. “She made good decisions. She made adjustments along the way, always making the right decisions at the right time.

I would absolutely do it again, although I expected that it was going to be tough, especially at night with the 51-52ºF (10.5-11.1ºC) water, winds up to 20 mph and rain. But it was a blast and it was great to hang out with people who have the same mindset and like doing the same thing.”

Teams from around the world took to the course held within Aquatic Park with the skyline of San Francisco and the Golden Gate Bridge in the background.

“The cold was there obviously, but Craig Lenning, Joe Locke, Kim Chambers, Sarah Thomas and I agreed that it was the sleep deprivation that was hard. To stand onshore in the rain, knowing the water temperature in the dark and have to dive in again and again, that was hard. But I expect people will want to do it again.”

Dods started off the relays in a triangle 3/4-mile (1200m) course within Aquatic Park. Swimmers swam as far as they wished: 1, 2 or 3 loops at a time. “Craig wanted to get in some distance so he did 2, 3, 4 loops at a time. I stuck with one loop and descended my times over the 24-hour period,” Chase recalled.

But it gradually got too hard to see the swimmers so Dods shifted the course along the shoreline when it got dark. Even with glow sticks and strobe lights, it was difficult for the swimmers to see well with the backdrop of the night lights of San Francisco.

“54 people swam in loops between 25-40 minutes. A few had to drop out and some wore wetsuits, but we got along great and the camaraderie was there. It was wonderful to meet people who I had only heard about online.”

“Considering the conditions, it went really well,” summed up Dods.