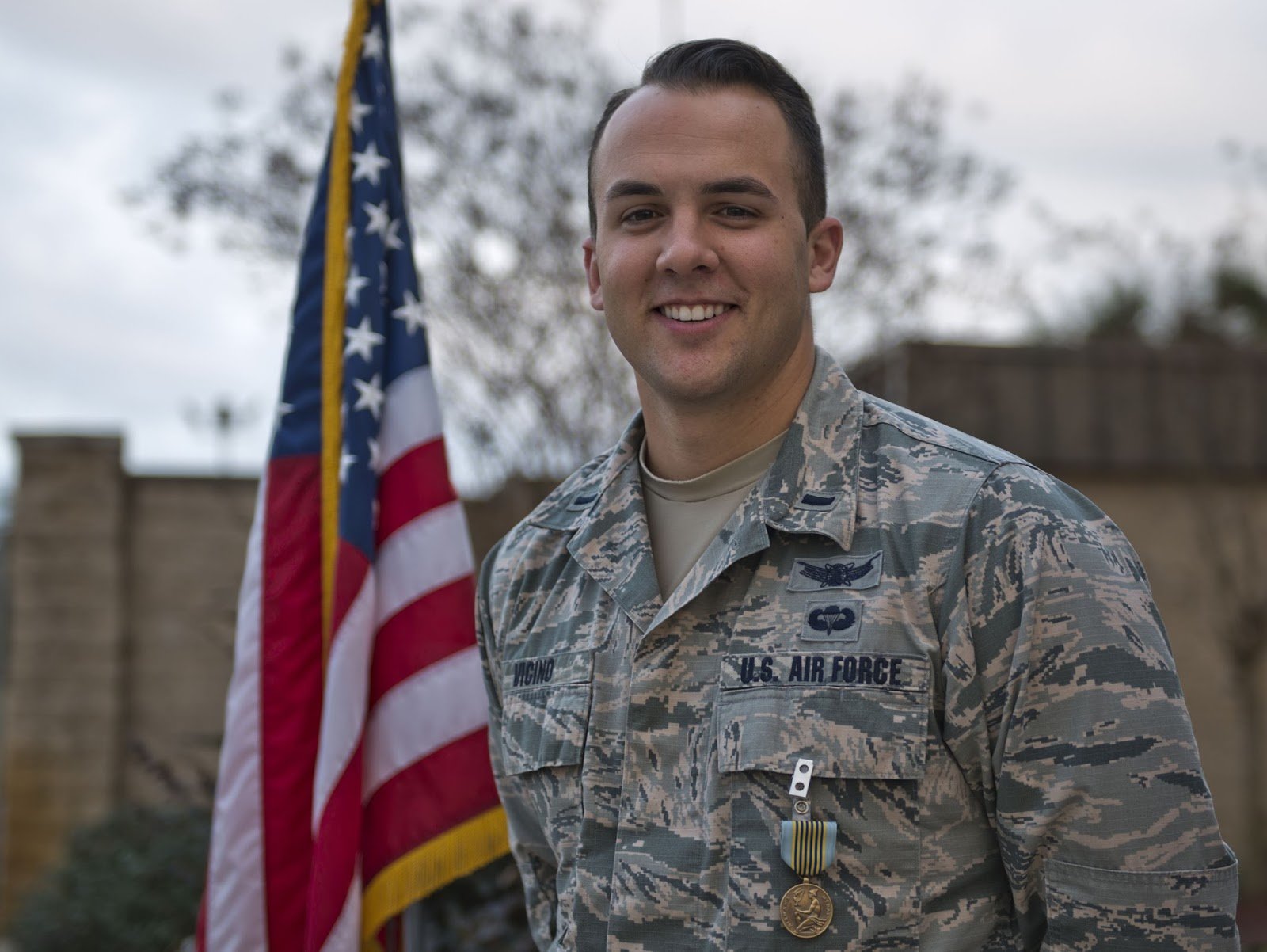 The ties between water polo players and open water swimming has been a long tradition from the era of Thomas Burgess (who crossed the English Channel in 22 hours 35 minutes in 1911 on his 16th attempt) to the contemporary leader of the marathon swimming community, Ned Denison.

The 24-year-old weapons and tactics specialist originally from Southern California was recently honored with the Airman’s Medal in Florida for his rescue of three people in Miramar Beach on March 31st 2017. The Airman’s Medal is the United States Air Force’s highest non-combat award for Airmen who distinguish themselves by a heroic act.

During roughwater conditions along the Gulf Coast during wavy no-swim period, Vicino saw two people waving their arms approximately 100 yards offshore. “I realized they were in distress, so I dropped my belongings and bolted for the water in a dead sprint,” he recalled. “I am confident in my swimming ability, so I knew I could get out to them.

Vicino not only swam to the victims and pulled them safely back to shore, but he also re-entered the water and rescued a distressed lifeguard.

The 15-year veteran of club and collegiate water polo had also prepared for this unexpected rescue by taking the Air Force Academy’s water survival training.