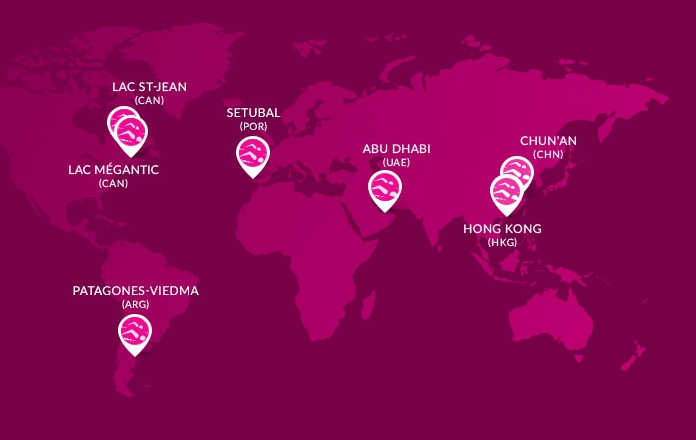 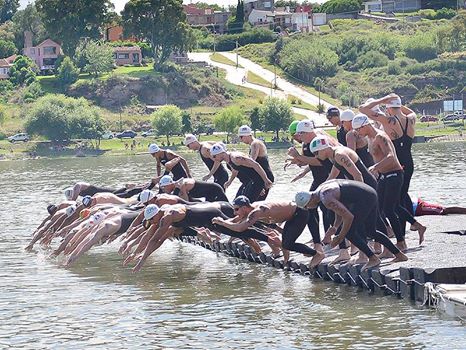 Professional marathon swimmers from around the world have converged in Argentina this week for the first races of the 2017 FINA/HOSA 10 km Marathon Swimming World Cup series and the FINA Open Water Swimming Grand Prix series.

La Patagones Viedma will see 18 men and 20 women race in the Rio Negro on February 4th with swimmers from Argentina, Brazil, Chile, Ecuador, France, Germany, Italy, Japan, Kazakhstan, Portugal, and Uruguay. Both the men’s and women’s World Cup series winners in 2016 – Simone Ruffini and Rachele Bruni – will return to defend their titles.

“It is great to also see Ana Marcela Cunha return after all her medical issues last year,” says Steven Munatones. “She is one tough young lady, ready for another quadrennial of representing Brazil around the world together with her rival and teammate Poliana Okimoto. We fully expect those two to represent Brazil again at the 2020 Tokyo Olympics.”

The day before the 10 km race, a mass participation race of the FINA Open Water Swim World Events will be organized on February 3rd by Prof. Omar Osvaldo Floridia-Acuña Fernando [see here].

The day after the Viedma race, the FINA Open Water Grand Prix will kick-off with its first competition in Santa Fe – Coronda on Sunday, February 5th.