Doug Green, Coaching Is His Passion 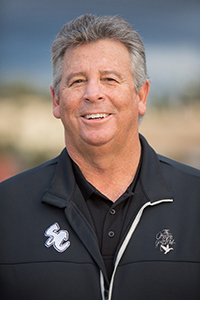 Doug Green started his aquatic journey at the age of 6 and is still going strong in the water and on the pool deck six decades later.

As a top competitive swimmer in Southern California representing Lakewood Aquatics under coach Jim Montrella, he later transitioned to a collegiate swimming and then masters swimming when he established a world’s best in the 200m freestyle in the 45-49 year age group.

But it is walking alongside swimmers and triathletes on pool decks and shorelines remains his passion.

Green received the Kerry O’Brien Coaches Award given by the U.S. Masters Swimming. He also created and operates the Ultimate Performance Swim Studio in Southern California.

In 2007, he founded South Coast Masters Swimming beginning with 13 swimmers and has steadily grown the team to nearly 200 year-round members leading 16 weekly workouts with a staff of 10 coaches. He also coaches swimming for three Conejo Valley triathlon teams.

At his heart, Green is a swim technique specialist who has given over 8,000 swim lessons to triathletes, water polo players, competitive club, adult beginners, and masters swimmers. Over the past four years, he has produced 400+ swim videos with extensive voice-over analysis, identification of stroke positives and aspects to be improved upon.