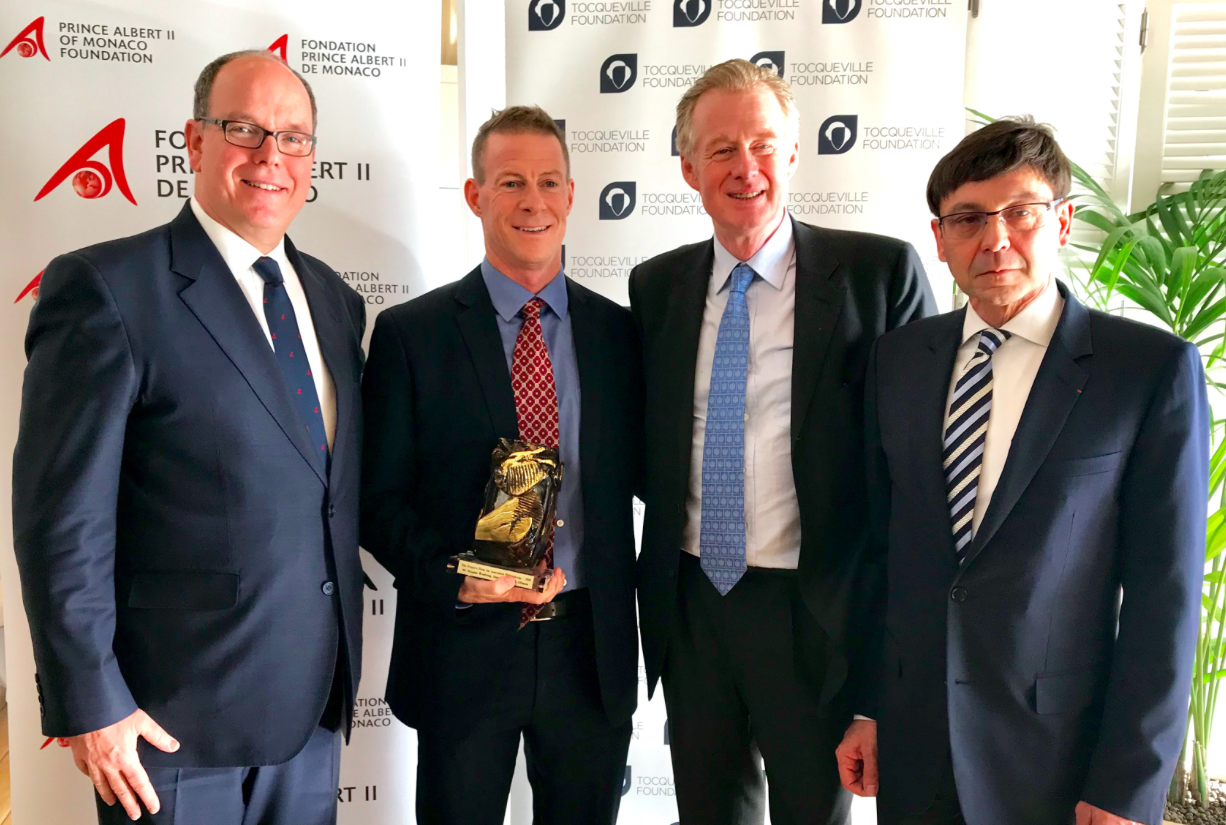 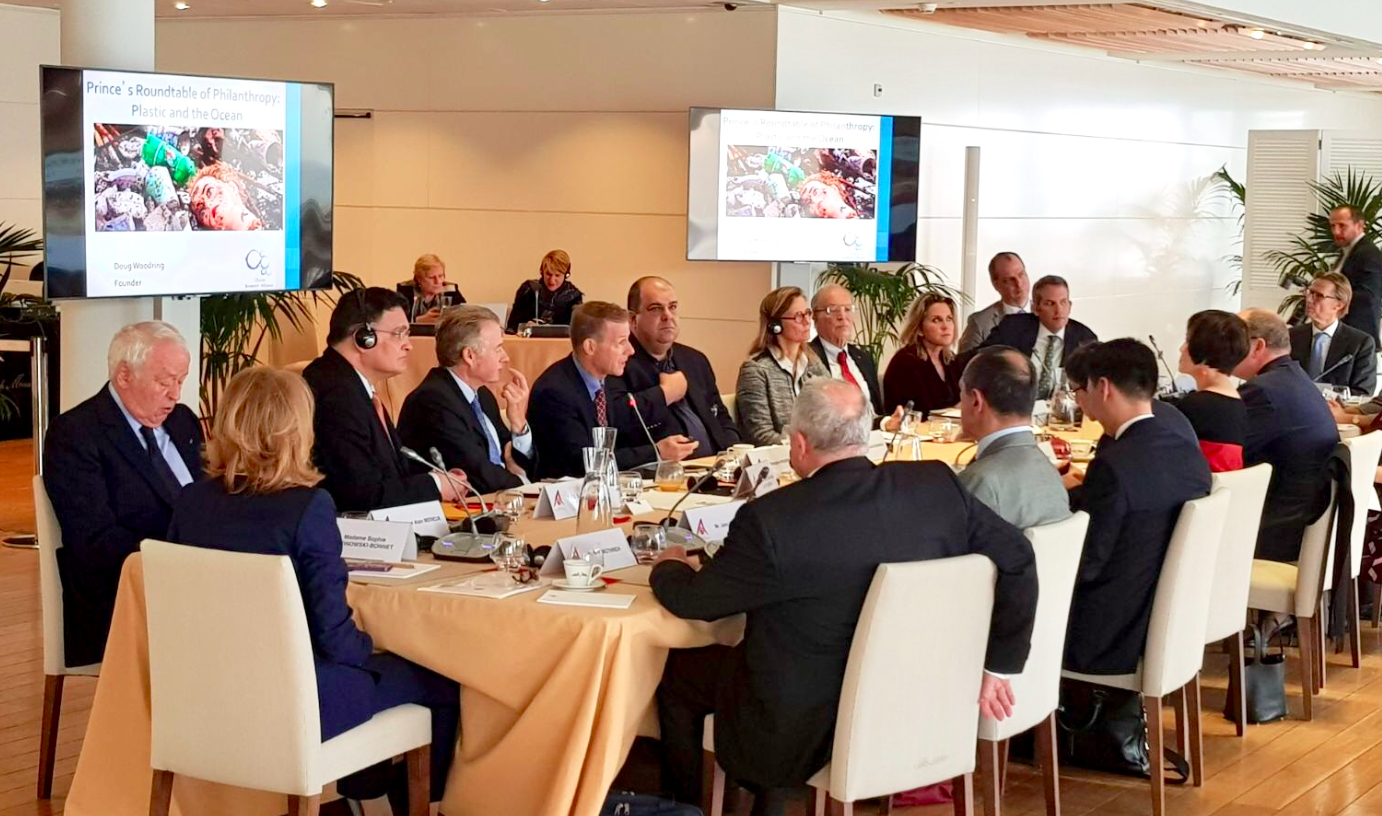 The Award is a global initiative jointly developed by The Prince Albert II of Monaco Foundation and The Tocqueville Foundation.

Its goal is to highlight projects and initiatives that have triggered innovative activity in the field of philanthropy, seeking out individuals and organizations that inspire others and demonstrate strong impact or potential impact.

Woodring received the award for his years of dedication, focus and persistence on reducing plastic pollution, and by doing so with creative, scalable programs that can be replicated across borders. He founded the Ocean Recovery Alliance with the goal of improving the health of the ocean by bringing together innovative solutions, technology, collaborations between the public and the private sector, national and multilateral policies. It is one of the first NGOs to work with both the United Nations Environment and the World Bank on their respective programs aimed at reducing plastic pollution.

In 2010, Woodring announced two programs at the Clinton Global Initiative: the Plastic Disclosure Project, a breakthrough program which helps stakeholders to calculate the volumes of plastic used and recovered, and therefore how it can be better managed without waste, and Global Alert, an innovative mobile app which engages communities in 25 countries around the globe to report trash hotspots of plastic waste before it reaches our waters, or the ocean.

Woodring also founded the Plasticity Forum, first launched in Rio de Janeiro at the Rio+20 Earth Summit, and since held in Hong Kong, New York, Portugal, Shanghai, London, Dallas, Los Angeles, and Sydney. This event gathers global experts from across the plastic spectrum to share experiences on opportunities with plastic sustainability and inclusion in the circular economy. Relevant to most sectors of the business community – design, innovation, materials, recycling and solutions – the event focuses on solutions for a world with a reduced waste footprint.

Woodring said, “We have taken a different, creative, yet realistic approach to solving this issue globally. Both programs can be used by anyone, in any country, without the need for bans, legislative changes or taxes. Each brings focus to the issue of plastic in its ‘afterlife’, either through use in a company or institutional setting, or via trash hotspots which need to be cleaned and prevented, via community engagement.”

H.S.H. Prince Albert stated his respect for the initiatives of Ocean Recovery Alliance to reduce ocean pollutions, “Plastic pollution was probably one of the most urgent issues to address, given its tragic consequences on marine biodiversity and its adverse impact on human health.”

The Prince Albert II of Monaco Foundation has positioned ocean conservation at the heart of its mission and more than 60% of its projects are dedicated to taking action in this field. “Mr. Woodring has structured innovative prevention programs for plastic waste reduction and brought to light the power of dialogue and cooperation between the various stakeholders, from the citizens’ level to the business industry and the governmental levels, to minimize the amount of plastic spread into our environment and favor a better collection and recycling process.

Mr. Woodring’s approach led to fruitful results, setting up a sound model which will hopefully be considered as an example to follow around the globe to protect our seas.”

Matteo Testa who was at the ceremony, observed, “Doug’s speech has been really incredible. There were a lot of attention to him by the Prince and all the other personalities at the table. This was a very deserved success and I am sure that it will give Doug new opportunities to spread awareness and also to put solid basis for real actions.

I will be very happy to pursuit projects related to Doug’s philosophy and philanthropy and support the actions in this area.

Oceans and outdoor swims are always our big channel of communication