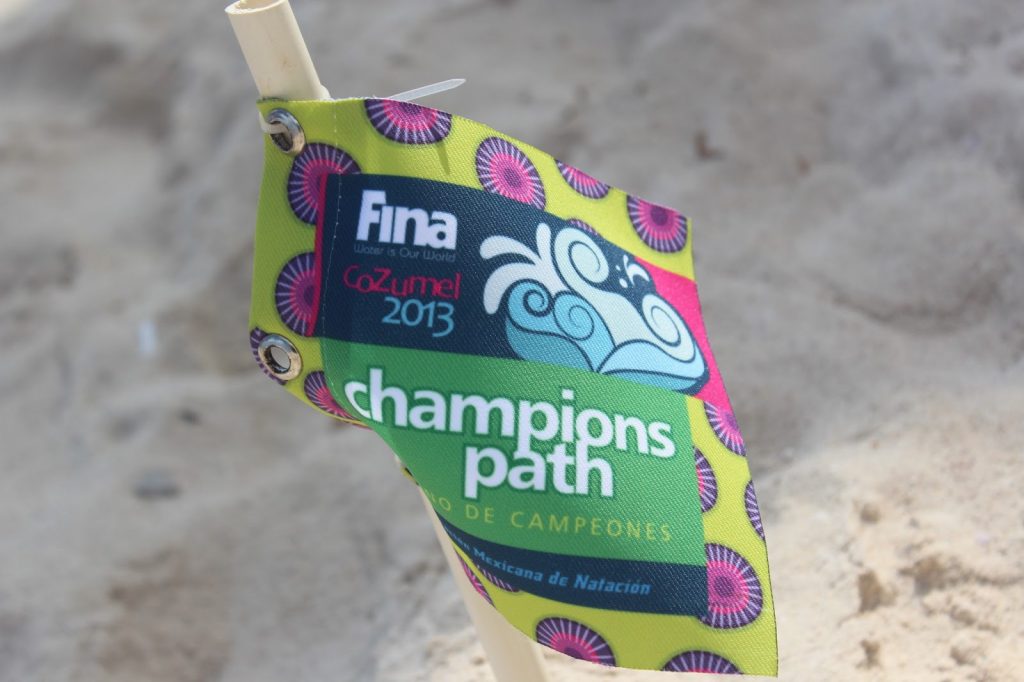 Ned Denison must have had a hand in the design of the FINA Open Water Swimming Grand Prix course in Cozumel, Mexico. Denison, the deviously creative glutton for punishment at the Cork Distance Week in Ireland, has a way of getting under the skin of marathon swimmers. He pushes them further psychologically and physiologically than they ever thought possible.

And the 15 km course on Isla Cozumel is clearly an exotically tropical way to punish the athletes with a distinctly unique Dr. Jekyll and Mr. Hyde personality.

On one level, the course is an exotically tropical gem. The turquoise beauty is set in the warm Caribbean Sea near Cancun, Mexico. The coral reef along the course is teeming with colorful marine life. The lapping of the waves against the white sand, the soft billowing white clouds against a deep blue sea, the vacationers and athletes gorging in outlandishly elaborate buffets, and the sounds of the birds and wildlife in the neighboring thick jungle flora adds to the overall ambiance.

But on the other level along the northern peninsula of Isla Cozumel, the currents rip through the course like rapids over a river cutting through a mountain range. When the swimmers fight down one side of the course against the current, the beautifully clear water simply accentuates the battle. Marine life from tropical fish to small brown jellyfish drift in one direction along the ripping current as the swimmers thrash in the other direction.

During warm-up before the Grand Prix race, we practiced swimming 100 meters to test the strength of the currents. It took 231 arm strokes and 2 minutes 40 seconds to swim 100 meters against the current in one direction. In contrast, it took only 24 arm strokes and 35 seconds to swim 100 meters with the current. What a difference…and this kind of current played into the racing strategies of the athletes at the FINA Open Water Swimming Grand Prix Cozumel between swimming in one direction and swimming in the opposite direction.