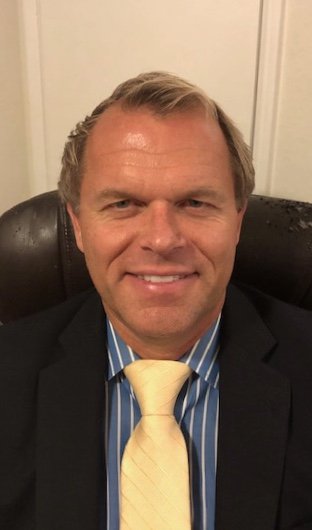 Ted Gover, Ph.D., an open water swimmer from Southern California, spends his dryland time as the Director of the Tribal Administration Program at Claremont Graduate University as well as a public relations and government affairs executive. He teaches courses on American government and writes on U.S. foreign policy and Asian/Middle East security issues.

Dr. Gover has found himself in Tokyo for much of the last month and the first half of April. He often visits Tokkyo on business trips. He reported on life in Tokyo which was one of the early coronavirus hot spots and location of the postponed Tokyo Olympics that is now scheduled to be held between July 23rd and August 8th 2021.

Daily News of Open Water Swimming: You were in Tokyo when the Olympics were formally postponed. What was the overall ambiance in Tokyo and the feelings of the people?

Ted Gover, Ph.D.: Many expressed the “shouganai” (“it can’t be helped”) sentiment commonly expressed here during situations outside of one’s control. The general public understood that the difficult situation they were in was not of their making and that to go ahead with holding the Games would create a myriad of problems relating to the athletes’ readiness, not to mention the potential consequences to public health. I think most believed that Prime Minister Abe was in a tough pickle and they were gratified that he had a face-saving offramp from the impossible situation facing Tokyo. In the end, I think most folks here, while disappointed, were relieved that extra time was granted for the international community to get its arms around the pandemic before proceeding with the Games.

Daily News of Open Water Swimming: Tokyo was one of the early hotspots of the coronavirus and now the statistics tell us that Japan has fallen out of the top 30 countries. How was it living in Tokyo during this transition from a hot spot to cautious optimism?

Ted Gover, Ph.D.: Up until a few days ago, many were relieved that a sharp outbreak of the virus had not transpired. Much credit was given to hygienic practices that are common here, i.e., the avoidance of physical contact in public (opting for bows over hugs and handshakes), the widespread use of masks as well as frequent handwashing and use of hand sanitizers. Hand sanitizers here are everywhere – hotels, restaurants, cafes, public restrooms, corporate buildings, government offices, houses of worship, gyms, shopping malls, train/subway stations, etc. At the modest business hotels where I’ve been staying here in Tokyo, for example, hand sanitizers are made available in the lobby and in front of the elevator of each floor of the hotel.

However, at present Japanese society is increasingly worried that the virus is entering a phase of a large surge of infections. At the time of this interview (April 2nd), the Tokyo Metropolitan government reported 97 new coronavirus infections in Tokyo, the largest increase to date. Prime Minister Abe is urging citizens to exercise vigilance while at the same time saying that the rise in infections has yet to justify declaring a state of emergency. While concern over COVID-19 is rising, for the time being both the government and citizens alike appear to be committed to doing what is necessary to prevent drastic spikes in infections while maintaining daily economic and social activity. People here are observing closely the financial suffering resulting from the United States’ current strict social distancing practices, and there is little appetite in Japan for a complete societal and commercial shutdown – folks here clearly want to avoid further damaging business sentiment which has already been on a downward trend of late.

Daily News of Open Water Swimming: All the pools are closed in California and most places in the US. But you are regularly swimming in a pool in Tokyo. Why do you think Japan kept its pools open?

Ted Gover, Ph.D.: I think the authorities here are doing their best to strike a balance between taking needed measures to stem the spread of infection while also allowing people to continue with their lives. For much of the first half of March, Japan had its own mini-shutdown and many establishments – including pools – were closed. Since mid-March, pools have for the most part been open and I’ve been fortunate to train while this has simply not been an option for so many others elsewhere. I think officials here believe that the measures taken in the first half of March made a difference and people should resume with work and life. Our Japanese friends are very adverse to public disruptions and things that take away from the harmony of society. They want to avoid the turmoil and suffering that would ensue if all economic activity here came to an abrupt stop.

Now, I’m aware that many assert Prime Minister Abe avoided a complete shutdown of society and prevented widespread COVID-19 testing with the hope of burying any bad news about infections and economic downturns in Japan. The allegation, as I understand it, is that Mr. Abe wanted to do whatever it took to show the world that Japan had the coronavirus under control so that the 2020 Olympics – an important part of his political legacy – could go forward.

Look, clearly the Prime Minister wanted the Olympics to go forward and he worked hard to prevent its postponement – I don’t blame him and I would have done the same thing. I’ve met with a few of his colleagues in the government and I’ve picked their brains on this issue. I don’t think the government has been involved with any cover-up or malfeasance – rather, I think they’re doing their best under very difficult circumstances. As the host of the next Summer Games, Tokyo is in a uniquely tough spot with this whole coronavirus tragedy. I don’t envy the position they’re in and I applaud their efforts to work through this while also protecting public health. I think we need to do what we can to support them and make the Tokyo Olympics and Paralympics a grand celebration of life, triumph, perseverance and human excellence while also remembering those who tragically fell to COVID-19.

Daily News of Open Water Swimming: There is an outgoing debate in the US about the benefits of everyone wearing a mask. On the other hand, nearly everyone apparently wears a mask in Japan. What are the rules or laws or social expectations of wearing a mask in Tokyo?

Ted Gover, Ph.D.: There are a few things at work here. During normal times (in the absence of a pandemic) – particularly as we head into the spring season – many Japanese will wear masks if they come down with hay fever or a case of the common cold. As with so many other aspects within Japanese society, you are expected to think of the welfare of the greater community so wearing a mask when you have a cold is an obligation you have to lower the chances of spreading it to others.

This is also true with the COVID-19 pandemic although there are other factors at play as well. If you have any coronavirus symptoms and if you have to go out in public, folks here believe you are obligated to take steps to protect others from infection by wearing a mask. By the same token, people here believe that if they wear a mask they lower their chances of being infected by someone with COVID-19 who they encounter in public.

Furthermore, the wearing of masks – particularly at this challenging time – is viewed as practicing common courtesy and good manners. As with other societies grappling with this disease, there is widespread recognition that many are worried about getting infected. By going out in public without a mask, you likely raise the anxiety level of others, adding to their struggles. Wearing a mask, many believe, is a recognition that you understand and recognize the heightened sensitivity of fellow citizens during this difficult period. In this context, many here view the wearing of masks as an obligation for each person to do what is necessary to both address the concerns of others and protect public health. Some also think it is a prudent measure that is needed particularly because of COVID-19’s highly contagious nature and since there are still gaps in our understanding of this virus.

Daily News of Open Water Swimming: Many Americans overseas are trying to catch flights back to the US. Do you feel comfortable living in Tokyo away from your family while on a business trip?

Ted Gover, Ph.D.: While I prefer to be home during this trying period, I recognize that I am fortunate I’m in Tokyo as opposed to other parts of the world where the suffering is so widespread. While the COVID-19 problem will likely worsen here before it gets better, the public health system is strong. Beyond this, Japan is a sister democracy with the rule of law and the rights of the individual are protected. Tokyo stands in glaring contrast to other countries that have little regard for individual rights and which have contributed to the worsening of this outbreak. The two main culprits that I have in mind here are China and Iran whose actions, while different, have increased the suffering of their own citizens as well as so many others.

Daily News of Open Water Swimming: Japan closed its borders to holders of American passports or those who have been in America over the last few weeks. But are you having any problems as an American in Tokyo?

Ted Gover, Ph.D.: Thus far, I have not had any problems. I think the reason for this is because I arrived in the country before Japan put in place its new policy of restricting entry to U.S. visitors.

Daily News of Open Water Swimming: Do you have any other insights or impressions of being in Tokyo during these trying times?

Ted Gover, Ph.D.: While people here are concerned about rising infections, I think they are doing their best to both protect the public health and get on with life at work and at home. While these two things are a bit in tension with one another, the Japanese are taking a good crack at it and they seem to be keeping their spirits up, admirably. I noticed a similar approach by the authorities in Singapore during my visit there last month although a direct comparison is difficult given the different size of the two countries. Along these lines, we need to do what we can to support the CDC and encourage them to carefully observe what other countries are doing to combat the coronavirus, compare notes, share data, adopt best practices and also take to heart tough lessons from setbacks.