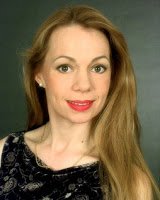 In a summit hosted by Diana Nyad, world renown jellyfish expert Dr. Angel Yanagihara of the Pacific Cnidaria Research Lab and the Békésy Laboratory of Neurobiology in the Pacific Biosciences Research Center in Honolulu, Hawaii explains why EpiPens® (epinephrine) are not her recommended response when ocean swimmers go into respiratory distress due to stings from box jellyfish.

Dr. Yanagihara has extensively studied and researched the box jellyfish chemo-, mechano- and neutrally activated stinging cells firing apparati and its effects on humans with several patents to her name.

A passionate scientist, she will be an essential crew member on Diana Nyad’s planned Cuba-to-Florida attempt.