Dreamers Of The Day Are Dangerous Men 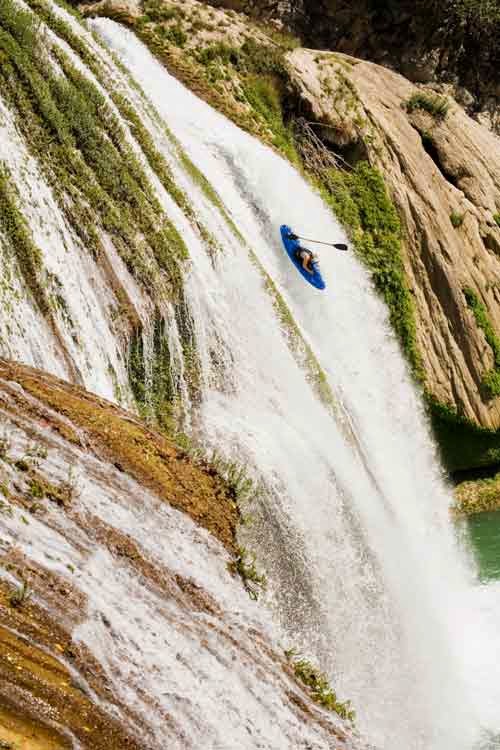 Red Bull follows and reports on all kinds of adventures. One of the adventures that looks as picturesque as it is dangerous is waterfall descents by kayakers.

From our perspective, waterfall kayak descends are as risky an open water sport as big wave tow-in surfing and free diving to insane depths.

But what we do not understand is how much safer is kayaking over a waterfall than swimming over a waterfall? Does a kayaker have a better chance for survival and non-injury than a non-kayaker? Does the kayak provide more buoyancy to the kayaker and enable him to more easily rise to the surface? Isn’t there a significant margin of error and opportunity for injury as the kayak and paddle can cause damage?

Tyler Bradt’s descend was shot as part of the Dream Result movie [see here] that has the following opening line:

All Men Dream:
But Not Equally.
Those who dream by night in the dusty recesses of their minds
wake in the day to find that it was vanity:
But the dreamers of the day are dangerous men,
for they may act their dreams with open eyes, to make it possible.

A concise history looks at the fate of 15 daredevils who have gone over Niagara Falls: