Drug Testing In The English Channel 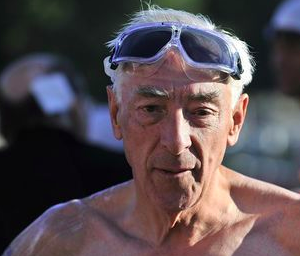 The Channel Swimming Association has governed solo and relay crossings between the 33.8 km channel between England and France since 1927 and has implemented a drug testing policy since 2015.

Michael Read MBE, president of the Channel Swimming Association, explains, “We believe that it is terribly important that our swimmers, especially the younger ones, who have a lifetime of swimming ahead of them, understand that they must be clean, there is no place for drugs in our sport, and that drugs are totally unnecessary for the fulfilment of our sport.

Consequently, we make no secret of the fact that if you swim with the Channel Swimming Association (CSA), you stand a fair chance of being drug tested
.”

Currently, there is about a one in six chance that swimmers are tested.

Read, who has swum across the English Channel 33 times himself over the course of his career, answered questions about the CSA drug policy:

Daily News of Open Water Swimming: Under the new CSA policy, English Channel swimmers may be requested to submit themselves to a drug test within 24 hours of their swim. How specifically are these athletes selected? Are they selected randomly or must everyone comply?

Michael Read MBE: In theory, the testing is completely at random. But high profile swimmers such a swimmer looking for a record are more likely and probably have a greater chance to be invited to produce a sample.

By accepting to swim under Channel Swimming Association rules, swimmers agree to accept to be tested.


Daily News of Open Water Swimming: Are there any medical exemptions? So, for example, if a physician writes that an athlete is asthmatic, then the athlete can take asthma medicine. But athletes must have a written medical exemptions for a licensed physician.

Daily News of Open Water Swimming: What is the form and protocols of the test? A urine test overseen by a World Anti-Doping Agency (WADA) official and tested in an accredited testing laboratory?

Michael Read MBE: A urine or saliva test, usually on arrival back in port. Testing saliva is less personal, less invasive and is easy for both the officer and the swimmer.

We have our own drug testing officer who welcomes swimmers ashore on their arrival to seek their compliance. We did look into the possibility of going down the WADA route, but who was going to meet a boat at Folkestone Harbour at 3 am in the morning? They want athletes to give samples when it is convenient to them; we wanted a test straight after a swim. We also wanted something quick, simple, convenient and transparent to both parties. There was also the question of cost and speed of a sample going down the WADA route, which we estimated at a very considerable sum and certainly not instantaneous. Our system is convenient, affordable, effective, quick, easy, and enables us to test a reasonable proportion of swimmers without impacting on registration fees and the effective running of our sport.


Daily News of Open Water Swimming: Will their swims be unrecognized or disqualified as a result of a positive drug test? Or is there an appeal and retesting process in place?

Michael Read MBE: Yes, unless we can be shown to be at fault. Basically, they will not be ratified and the swimmer is warned that that will be the case. A failure would result in an immediate retest; the drug testing kits that we use give an instant result and are comprehensive for a wide range of performance enhancing drugs..

Daily News of Open Water Swimming: Are there any review or protest procedures if the athlete does not accept or agree with a positive drug test?

Michael Read MBE: When registering their swim, swimmers agree to comply with our rules. If a problem should arise, we would go back to the swimmer’s doctor and to the drug testing kit supplier for initial guidance. It is up to the swimmer to declare any drugs which are likely to result in a positive drug test on their CSA medical form.

Daily News of Open Water Swimming: Is all this information dealt with confidentially with the athlete?

Michael Read MBE: It is dealt with confidentially with the swimmer, but 12-15% of all swims completed since 2015 have had a drug test, so I doubt if it is much of a secret. I am sure that many of the swimmers see it as a positive step and openly talk about it; not only did I swim the Channel, but I was also drug tested and everything was in order. This is especially the case where a record could be at stake. For instance, I can reveal that the oldest team to ever swim the Channel (the Septuagenarians) had at least one member drug tested and he was clean. We see it as a positive development for our sport, where swimmers will actually want to be tested and will be disappointed if they are not.

Daily News of Open Water Swimming: Will positive test results be made public as a deterrent to other drug takers?

Michael Read MBE: I am pleased to say that no one has failed the test, but if they did, whilst we might not make it public, it would get mentioned in the annual report that we had had a positive test and a swimmer would be left explaining why his or her apparently successful swim had not been ratified. This might not be a great issue for someone who has kept the news of their anticipated swim under wraps, but for someone who has broadcasted it world wide in the months leading up to the event, it could certainly be an embarrassment..

The Channel Swimming Association organization is as follows: