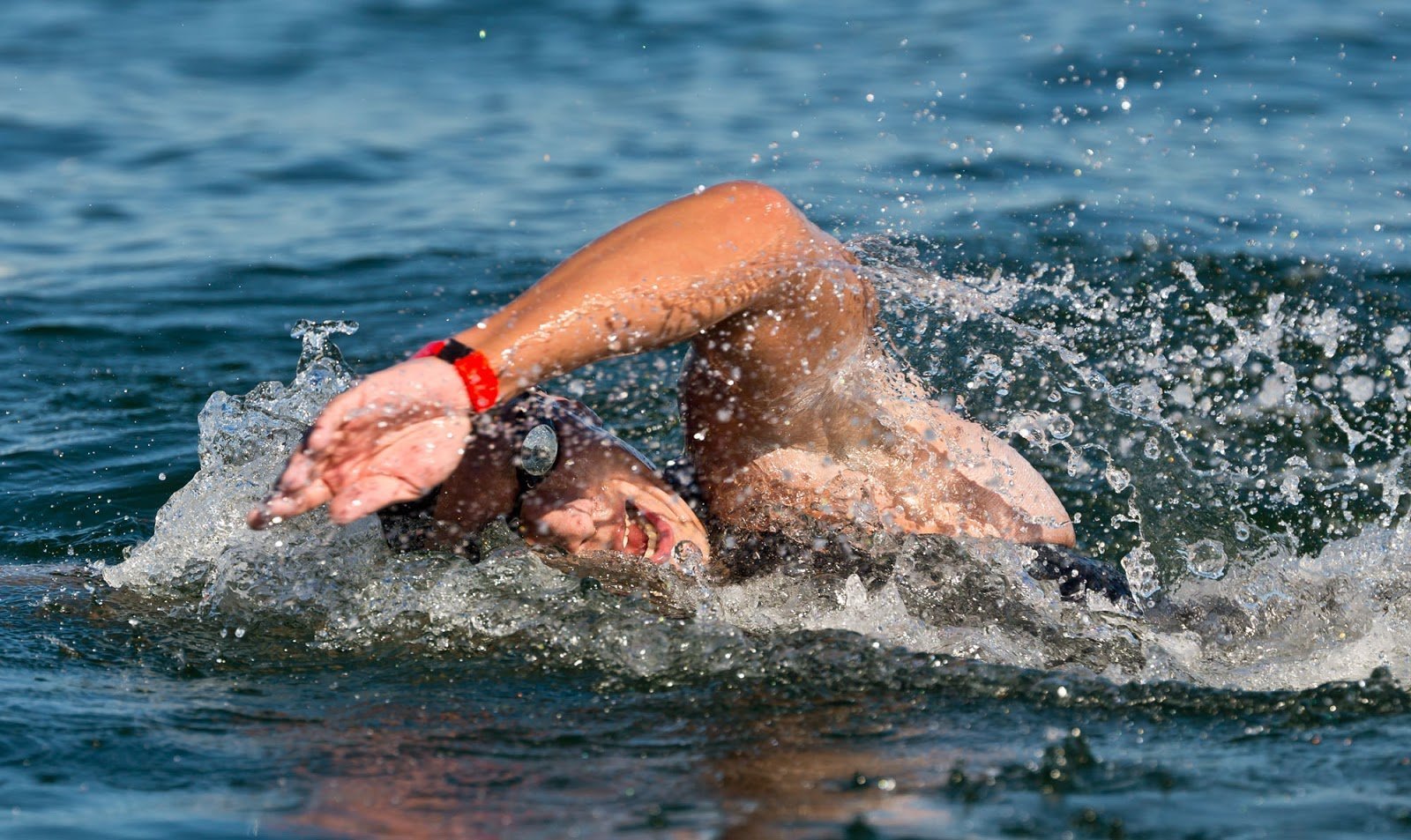 There must be something in the air – and the water – in Cuenca, Ecuador. At 2,500 meters high (8,200 feet), the beautiful city is the training ground to two of Ecuador’s – and the world’s – most accomplished open water swimmers.

At the recent Olympic 10 km Marathon Swimming Qualification Race in Setúbal Bay, Portugal, both Ivan Enderica Ochoa and Samantha Arevalo finished third in two very competitive races. The speed and stamina enabled them, as a result, to represent Ecuador at the 2016 Rio Olympic Games in the 10 km marathon swim.

Both athletes have been constantly improving their positions in international competitions and have the training base for an excellent shot to finish in the top 8 at the Rio Olympics 10 km race.

Arevalo, now 22, explains her start in the open water. “I started swimming at four. There was a swimming pool in my small city of Macas and I was learning there. But I was also swimming in the river, as my father wanted us to have some physical activity and not be closed at home all day. My other siblings – we are four -, were also involved in swimming and I got hooked to it.”

Enderica finished 21st in the Olympic 10 km in London, but he knows a finish up near the front of the pack is very possible in Rio. “[Qualifying for Rio] is a double emotion for me because my brother is my coach, so it’s a kind of team qualification for Rio. There, I would be happy to be in the top 8. I know it’s difficult, but nothing is impossible.”

In Cuenca, Arevalo’s daily workouts include 6 hours in the pool averaging 10 km. “Despite my relative success, open water is still a much unknown sport in Ecuador. It is however funny to note that there are a lot of people practising it. In Macas, all those who like to swim in our river, are in reality doing open water. They just swim in a natural environment,” she said in her interviews in Portugal. “More seriously, I believe that with this qualification, this will further enhance the visibility of this discipline [in Ecuador].”