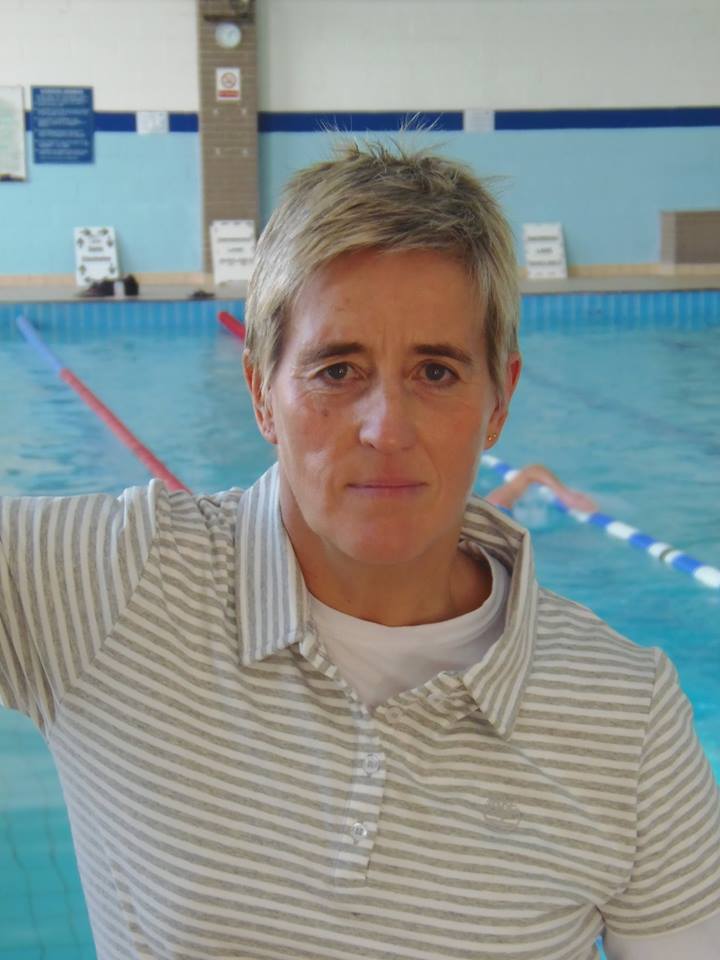 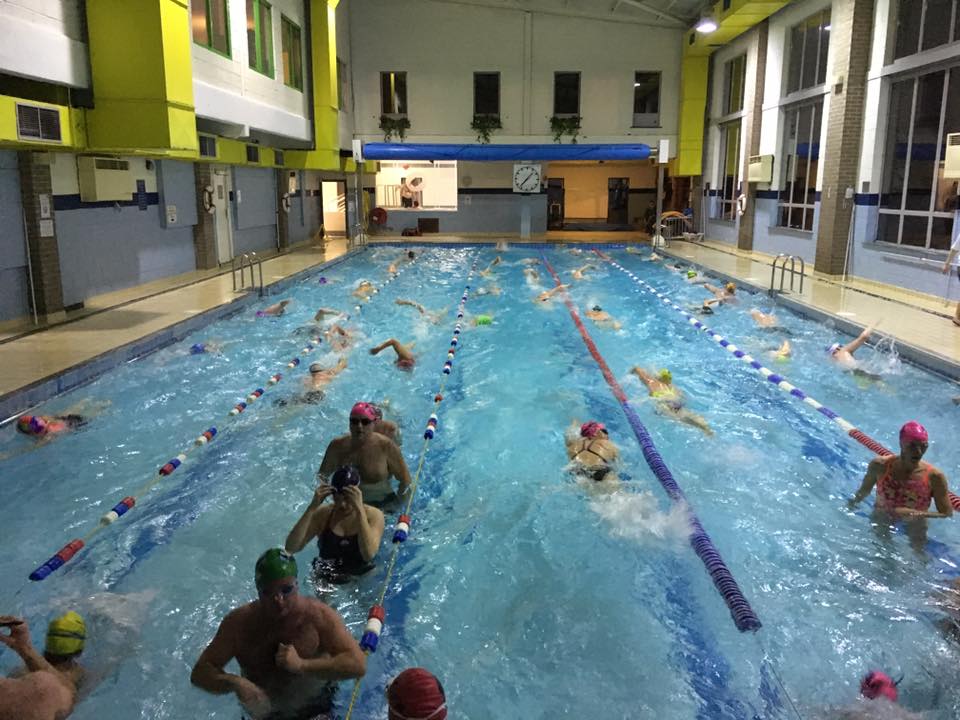 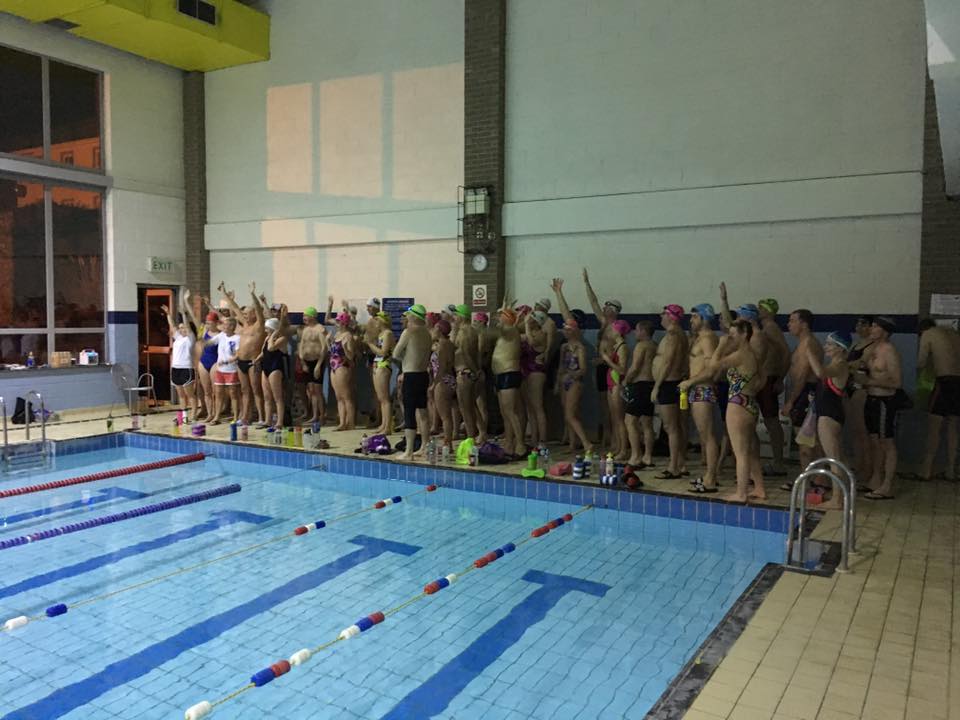 Eilís Burns is a renowned swimming coach in Sandycove, Ireland.

Among her many achievements as an athlete, she is an Irish Masters Swim record holder, the coach of Cork Masters, winner of the seven Hogs 5 km open water events, and played six years on the Irish National water polo team.

But it is in the area of helping and guiding others where her legacy has grown.

Among her successful English Channel solo swimmers, her athletes includes Lisa Cummins (two-way English Channel) and dozens of other swimmers from the area. Denison explains, “We have a great coach in Eilis Burns. Of the 22 from Cork who have successfully soloed the English Channel since 2005, Eilish coached 21 of them in addition to another 3 living outside the county.”

Burns has created a community, a peer group, and a family of like-minded aquatic adventurers. That is much easier said than done.

On January 27th, Cork’s swimming community kicked into high gear and conducted its annual pool marathon. Denison explains: “Once a year, Burns acquires the pool for an overnight swim. 60 swimmers including 4 English Channel soloers and 23 marathoners made a charity donation and swam at night.”

“All the weekly excuses about not being able to get a lane at the right pace for long enough vanished. Swimmer numbers steadily dropped off after midnight, but a few new swimmers appeared late.”

This was the key: Coach Eilis was everywhere. She spent time replenishing drinks, offering food and gentle words of encouragement and the occasional yell.

“It was a wake-up call for the swimmers with big 2017 goals who hadn’t put in the meters as well as a chance for aspiring marathoners who hadn’t get their goals to mix with the veterans and gain confidence.”

There were lots of personal bests distances recorded and many more dream are closer to being stated goals.

Every person was free to make their own goal within the lane going at their pace. Some did 20,000 meters as everyone had a lane for 6-8 hours to do as much as they wanted.