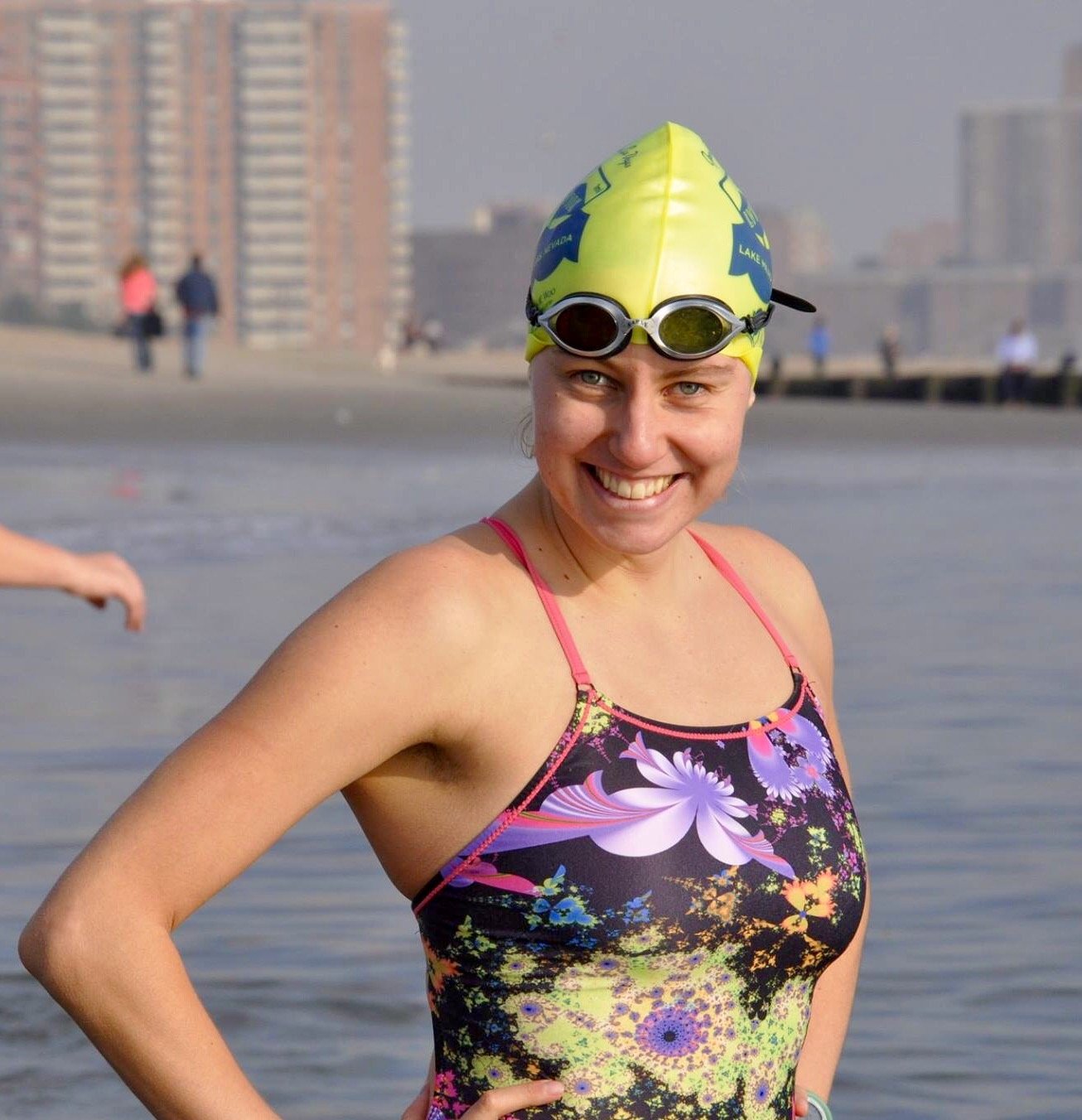 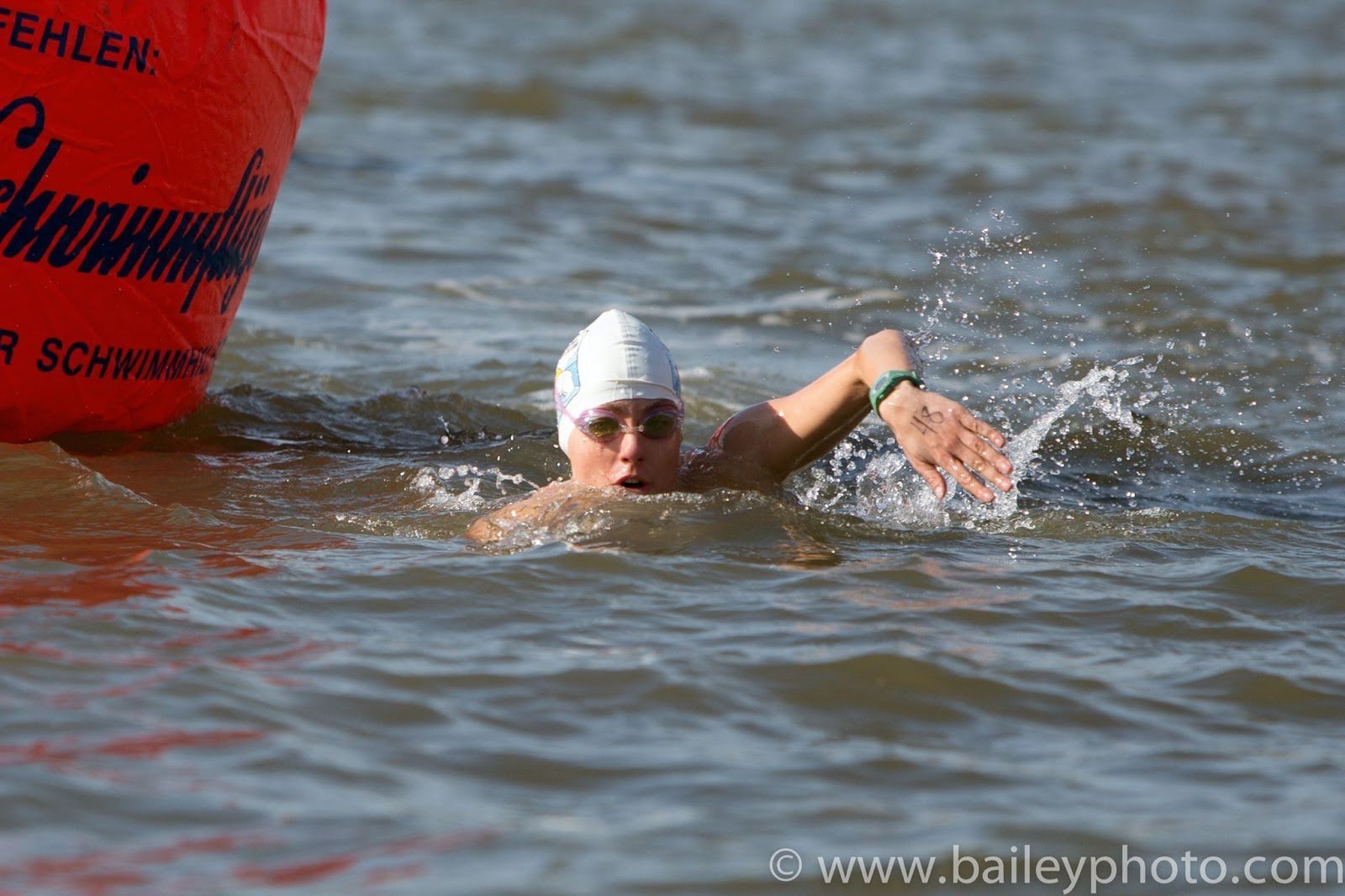 26-year-old Elena Pavlova of Brooklyn, New York completed the 18.3-mile (29.4 km) Stage 1 leg of the 8 Bridges Hudson River Swim. But her roots back in swimming started when she first learn to swim at the age of 10 in a local river near her home in Ukraine.

“It was the head-up breaststroke, froggie style. That’s when I’ve learned the doggie paddle too. The first time I went to the pool I was 13. The coach at the pool told me, “You are too old. You can’t even kick and you will never be a swimmer.”

But even at that young age, Pavlova showed her determination. “After she saw me swimming six month later, she changed her mind.”

She continued swimming, but when started college at the age of 16, her school did not have a swim team. “So I just swam on my own. The two years when I actually swam on a team was when I was 20-21. I swam with 13-year-old boys and was always the last swimmer drafting behind them.”

Her life took a different turn and she then moved to United States from Okhtyrka, a small town in Ukraine. Not only on dryland, but also in the water, her life was about to be transformed. “I will be no exception when I say I started thinking about winter swimming after reading Lynne Cox‘s ‘Swimming to Antarctica‘. Soon after, I started swimming with the famous Coney Island Polar Bear Club and I loved it. It is mental sport more than anything and for that I love it.”

Along the way, she also picked up open water and winter swimming while she started coaching. “I swam with Agua Masters for about a year, but I consider my home team to be CIBBOWS (Coney Island Brighton Beach Open Water Swimmers).” 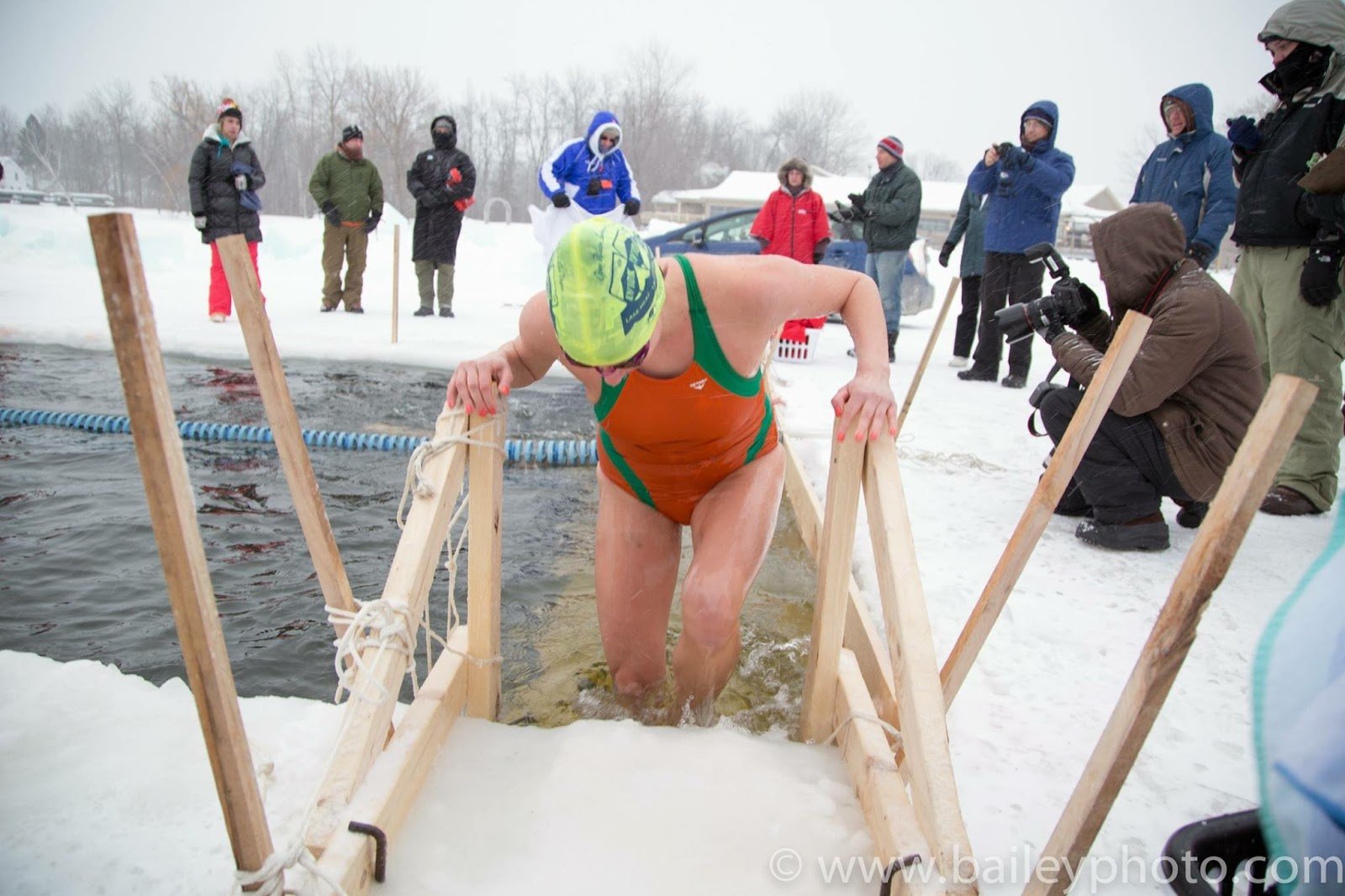 After being inspired by Lynne Cox’s book, she found the hardest thing to do about winter swimming is to find people who can do it with you or at least watch you while you swim. “It’s easier to do it with someone else and it’s a huge safety issue. Other than that, you just have to do it. The water feels cold, but you have to stay just a little longer for the initial shock to pass in order to feel the beauty of it.”

A lot of marathon swimmers train in colder water to adjust their bodies for the longer swims. Even though upper 60°F’s might not feel that cold, after being in that water for several hours, your body will start getting cold. Swimming throughout the winter helps to build up tolerance to cold, plus it boosts your immune system so you don’t get sick.

The harder one I would say is marathon swimming as winter swimming is usually shorter distances so you are in and out before you know it while marathons you have to push through hour after hour.”