Elena Nembrini, The Lady In Red 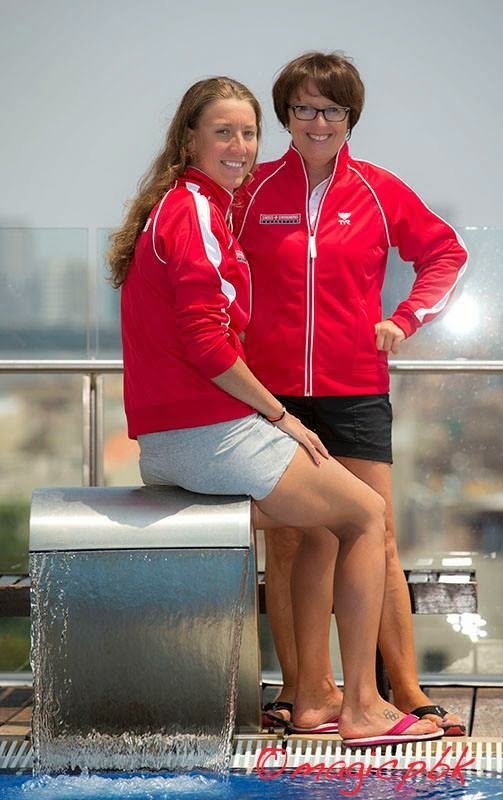 Elena Nembrini is the open water swimming team manager for the Swiss Swimming Federation and a well-respected authority on the sport.

From coaching to referring, from managing to administration, in a wide variety of languages (Italian, French, German, Swiss, Spanish and English), Elena Nembrini shares her passion and expertise with her athletes, fellow coaches and administrators throughout Europe and around the world. At the 2010 European Junior Open Water Swimming Championships, for example, she gave outstanding tips and experiences on “The Secrets of Coaching from an Escort Boat” to her fellow coaches.

Since 1982, Nembrini has been active as a coach, manager and referee in the Swiss Swimming Federation. For 8 years, she was Switzerland’s Junior National Coach and since 1990 she has been the Swiss national open water swimming coach.

Her responsibilities have taken her far and wide, from the Olympics, FINA World Championships, and European Championships to the FINA 10K Marathon Swimming World Cup and LEN Cup competitions, from Asia and Oceania to the Americas and Europe

With warm smiles, friendly words of encouragement, and a deeply-seated passion built upon decades of experience, Nembrini will continue to be a star in the sport.