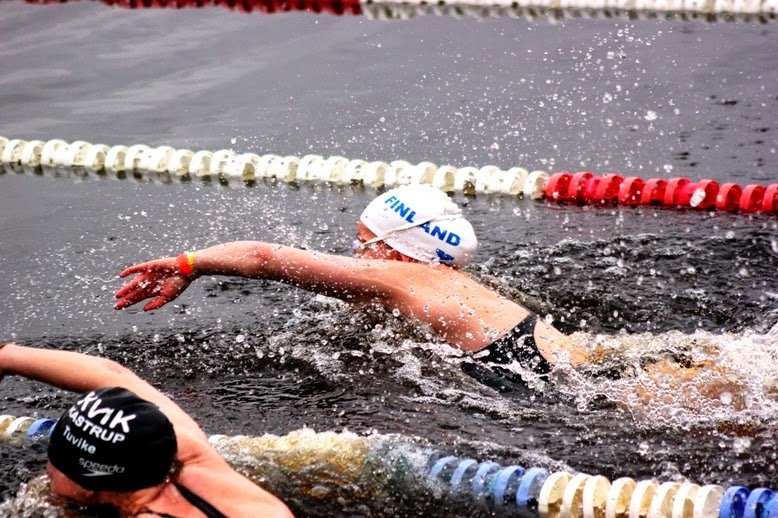 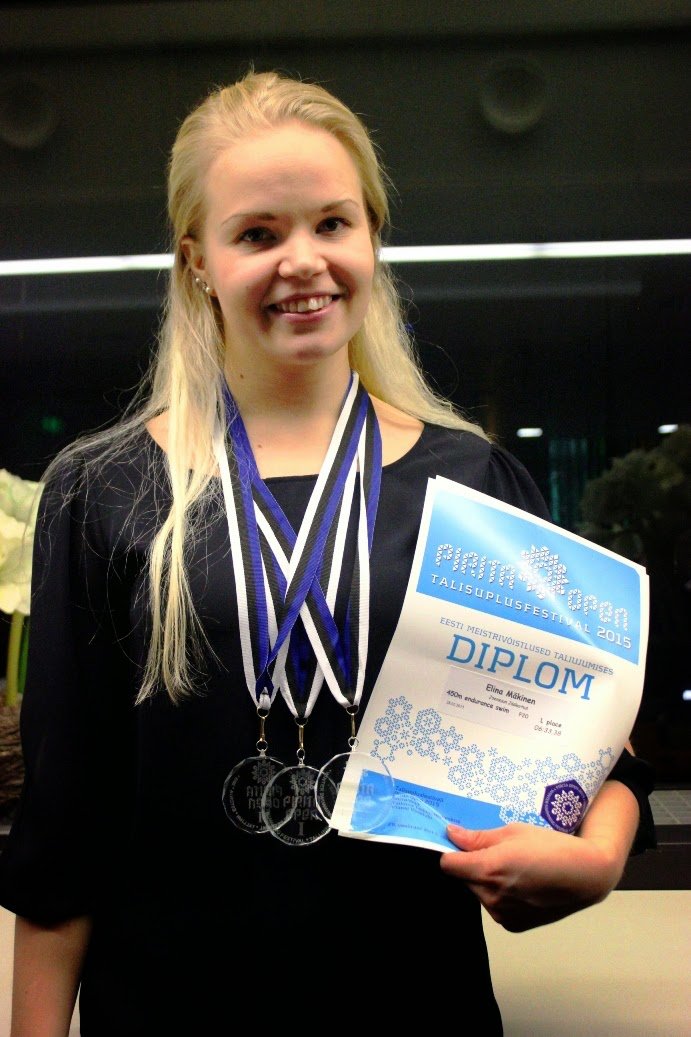 Reporting and photos courtesy of Nuala Moore of Ireland.

She completed the 450m endurance swim in a quick 6 minutes 33 seconds. She completed 1,100m in 18 minutes. She led off the winning Viimsi Veeklubi relay team with Henri Kaarma, Bruno Nopponen and Andres Olvik.

Nuala Moore observed her competitiveness. “She is such a beautiful spirit and only got out of the water in Estonia as it wasn’t fun anymore.”

Makinen will be next competing at the inaugural International Ice Swimming Championships in Murmansk, Russia this month.

She describes her aquatic evolution and transformation into one of the world’s fastest cold water swimmers.

“I was born on December 23rd 1993 in Vantaa, Finland. Therefore, I am a winter girl and all winter sports are close to my heart. I did ice swimming a lot during winters as a kid, but after I moved to Joensuu in 2012 I started training ice swimming more seriously and developed a better knowledge of this icy sport.

I have been swimming in warm pools since I was a kid, competing mostly in the 200 individual medley, and later doing triathlons and open water swimming.

In competitive swimming, I enjoyed training long distance, regularly doing 6-8 km in practice 10 times a week. Therefore, I am a very passionate swimmer and I like to push myself to see my own limits. After the World Championships in Rovaniemi, I started to feel comfortable with the thought of me as an endurance ice swimmer. I have enough mental strength, but also common sense to know my safe limits