Ellery McGowan Adds Another 3 World Titles In The Ice 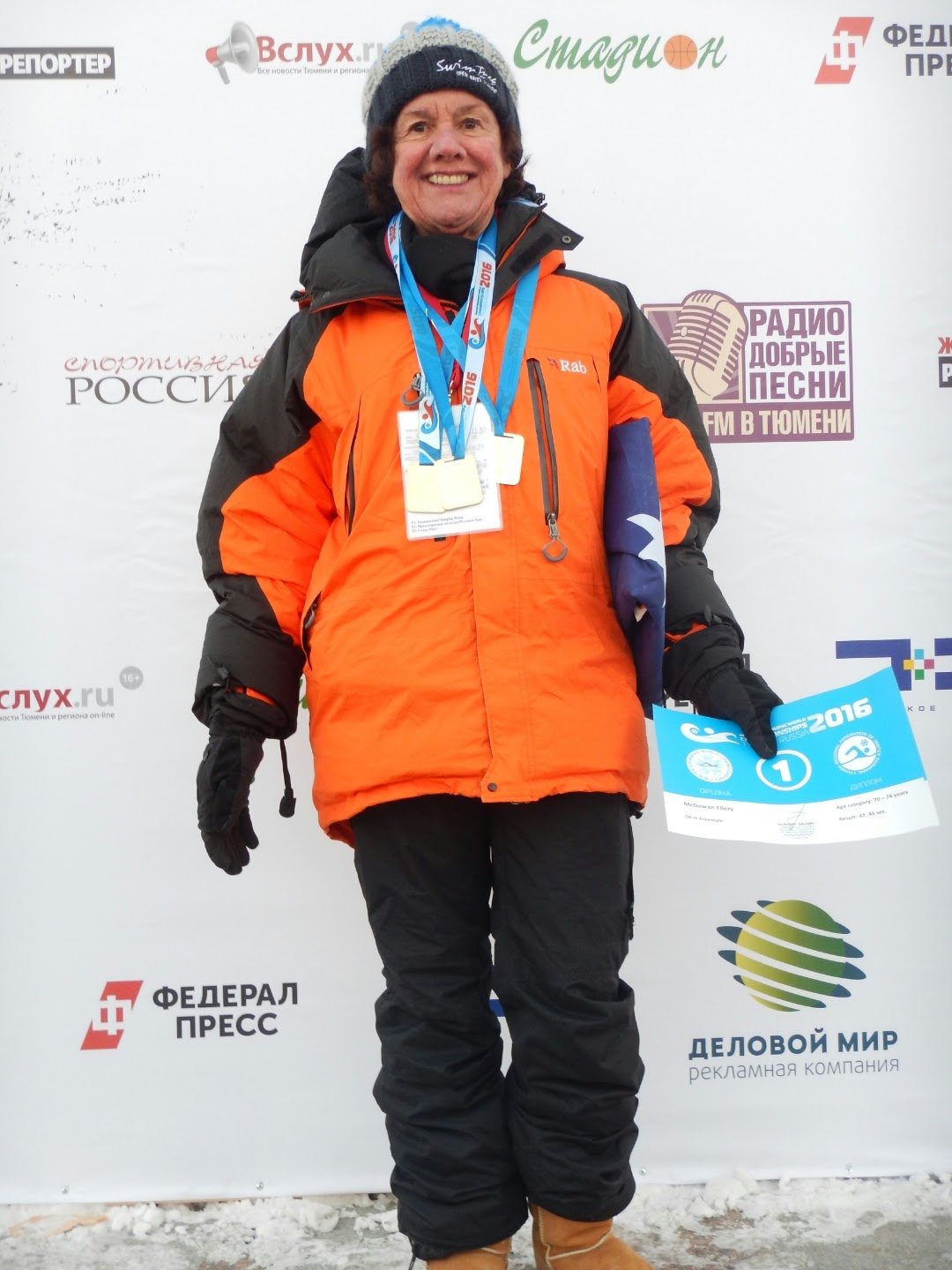 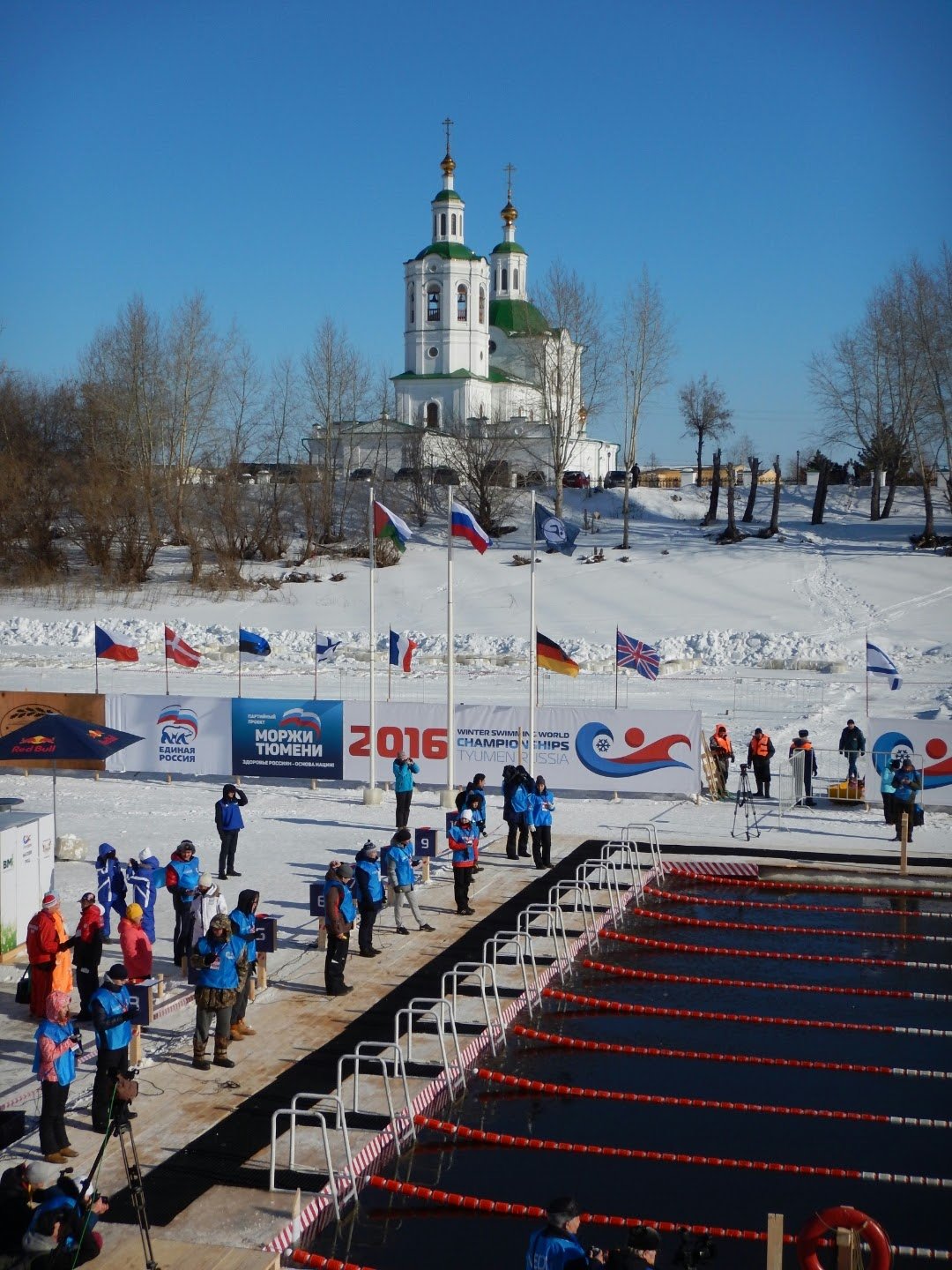 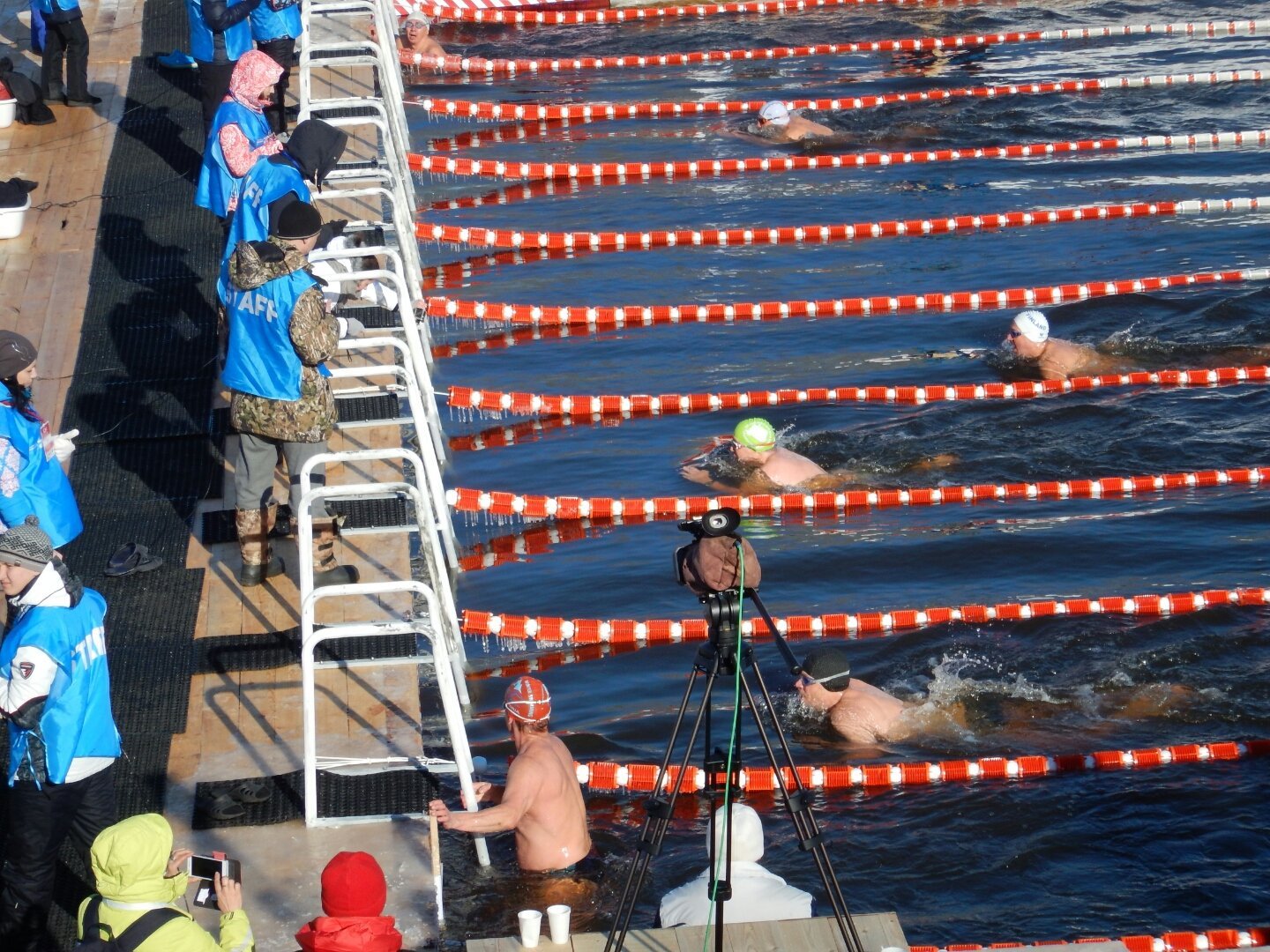 Courtesy of Jim Boucher in Tyumen, Russia at the 2016 Winter Swimming World Championships.

All kinds of stories are emanating from Tyumen, Russia at the 2016 Winter Swimming World Championships.

Young, old; newcomer, veteran; Russian, foreigner: all kind of swimmers from nearly every walk of life are taking part in the world championships.

But few are as frequent on the awards podium as Ellery McGowan from Tasmania, Australia via in Surrey, England.

With a haul of three golds in the 25m, 50m, and 100m freestyle and a bronze in the 25m breaststroke in the 70-74 age group yesterday in Tyumen, McGowan now has a total of 9 world winter swimming titles since her first debut in 2008.

“In Siberia, bright sunny blue skies welcomed swimmers from all over the world,” explains Jim Boucher. “It is as warm as it looks; you toast under your warm coats.”

But his description is relative as the air temperature was -4ºC (24.8ºF) at noon with the water temperature nearing 0ºC (32ºF) as ice forms in lanes. “Ellery had cuts on her forearms from the ice bits. But what an experience it is,” reported Boucher.