Emily von Jentzen Is On Track Across Canyon Ferry Lake 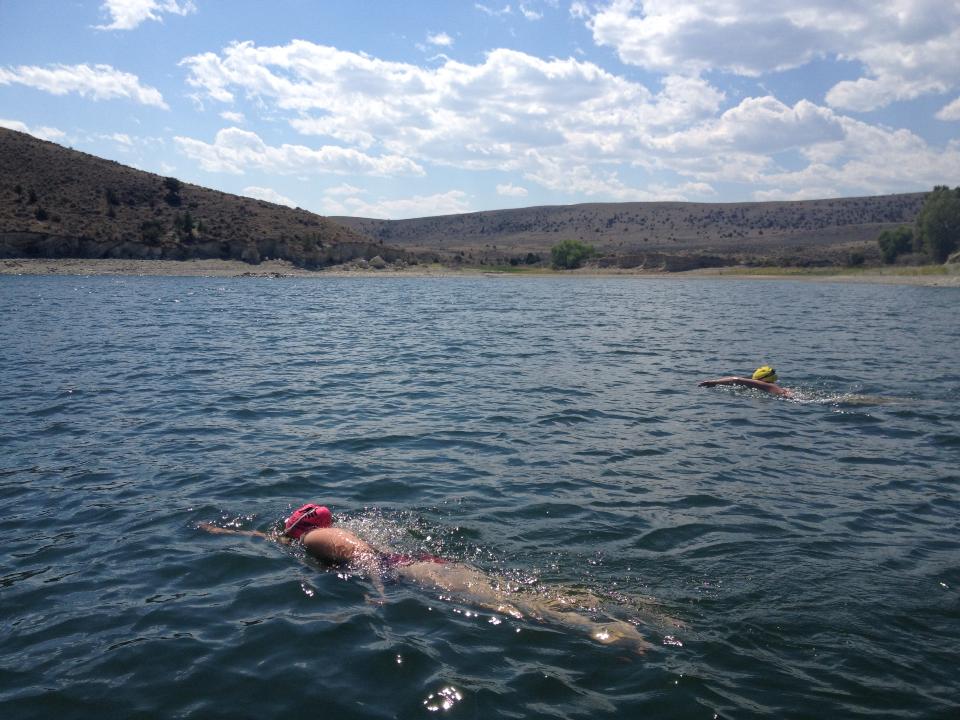 En route to the first 70-mile (112 km) crossing of Canyon Ferry Lake in Montana, Emily von Jentzen is right on track swimming along at a 2-miles-per-hour pace after her 3 am start this early morning.

The weather has been good as forecasted. Before she started, there was a slight lightening storm, but it fortunately passed as the 29-year-old attorney explained, “Lightening will end the swim … unfortunately. I made my dad a promise that I wouldn’t fight ending the swim should lightening occur. My safety and that of my support crew has to be paramount.”

She has plenty of safety support in her escort flotilla. “The main support is my crew’s pontoon boat. But I also have 2 search and rescue boats that are assisting. Sunday is expected to be a busy recreational day on the lake and search and rescue will keep other boats/jet skis at a safe distance.”

The excitement has been building around the lake as volunteers have caught her marathon swimming fever. von Jentzen has a rotating crew of 20 people working on 3 different 6-hour shifts. Each shift has a boat driver, a USA swimming official, a medical professional, and 2-3 of my friends on each shift handling my nutritional needs and other things. Although before the swim, she did not anticipate a pace swimmer, her niece has joined her for a dip on her first day of an estimated 40-44 hour swim.

Her boat reports that she remains in good spirits after the first 18 miles. “She hasn’t complained at all. Shoulders feel sore sometimes, but it works out easily. She has enjoyed Nutter Butters, Starburst, kiwi, UCAN; Powerade, and water.”