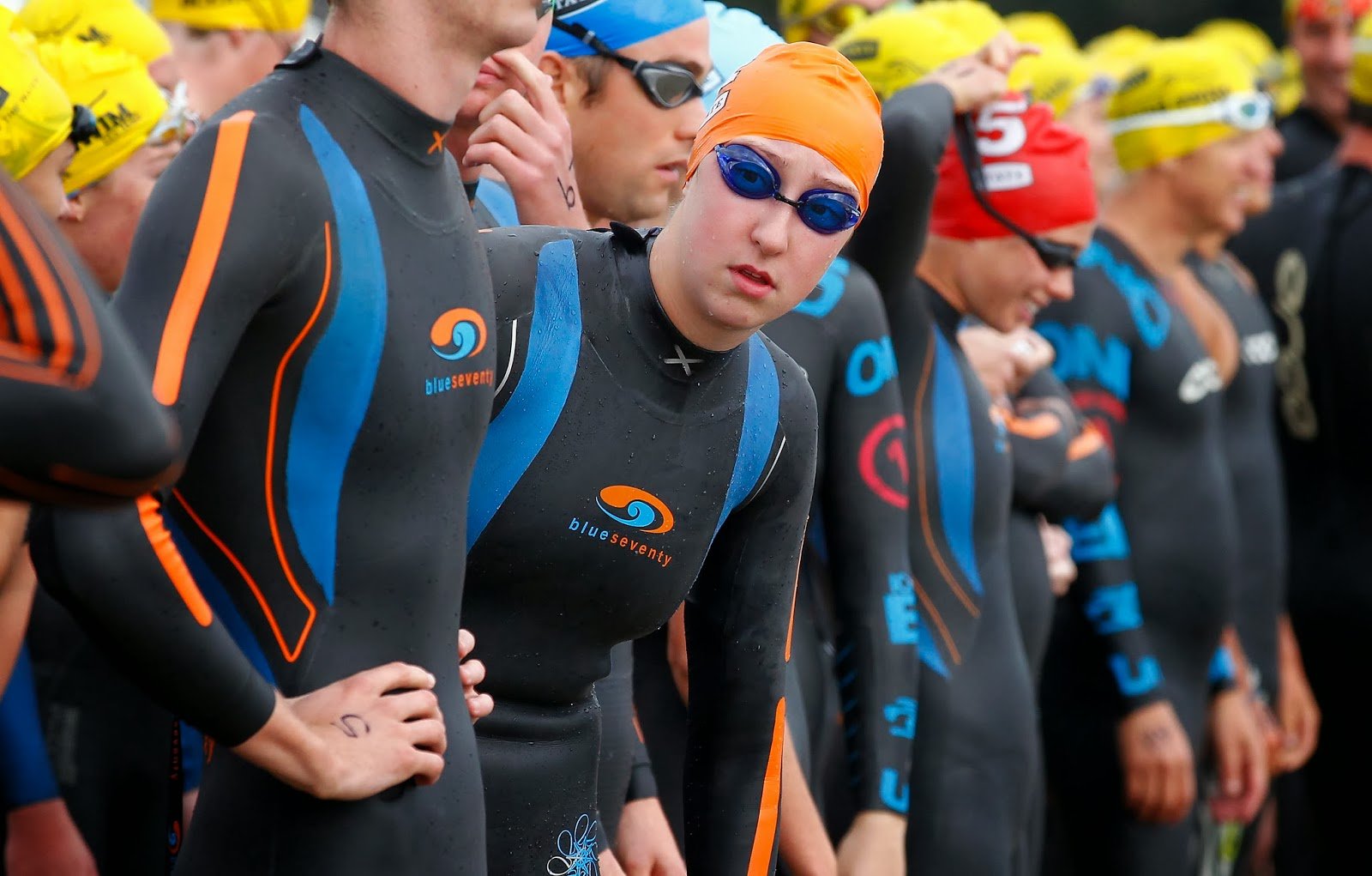 With the top 4 point leaders not competing in this weekend’s State Capital Classic in New Zealand, the 3.3 km race is set to be a battle between New Zealand’s two best up-and-coming long-distance freestyle specialists.

18-year-old Wellingtonian Emma Robinson (shown above in orange cap) who represented New Zealand at last year’s FINA World Championships in the 10 km marathon race will square off against 17-year-old Grace Somerville from Ashburton.

Both have competed just once in the New Zealand Ocean Swim Series so far, with Robinson finishing fourth in the Harbour Crossing in November just one second ahead of Somerville in fifth. “I’d just come off a week of full-on training for the Harbour Crossing, but for this race I’ve backed off a little so we will see what happens,” she said.

Robinson’s recent schedule has been heavy, helping her build towards her ultimate goal. “The big goal for me is to qualify for the Commonwealth Games in the 800m freestyle. That’s what this season is all about,” she said.

The State Capital Classic is a 3.3 km journey from Frank Kitts Lagoon out to the Pt. Jerningham Lighthouse, before finishing at Freyberg Beach in Oriental Bay. The race is the third in a six-race series around New Zealand. The final three rounds are in Akaroa (Feb 22nd), Mount Maunganui (March 22nd) and Auckland’s North Shore (April 12th).