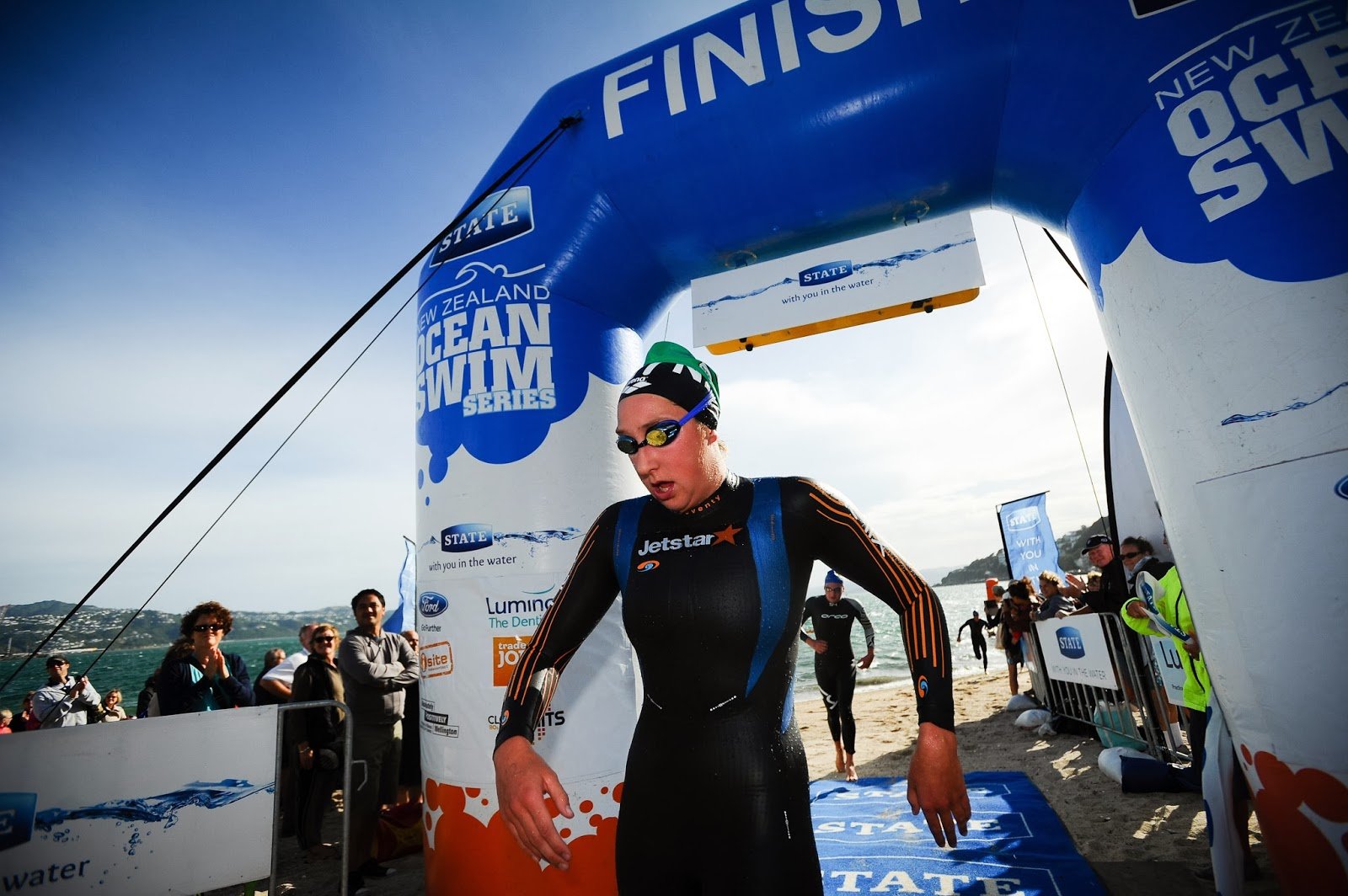 As close as the men’s race was in yesterday’s State Capital Classic in New Zealand, the women’s race, meantime, was dominated by 18-year-old Wellingtonian Emma Robinson.

“It’s really cool to win my home race,” Robinson said. “Swimming against the wind and chop was challenging, but from the turn in when the conditions were behind us, I actually enjoyed it. I’m really pleased to get my first win as it puts me in contention for overall honours for the series.”

Today’s race in Wellington was held in windy and choppy conditions, forcing race director Scott Rice to make a late change to the course. “With Met Service forecasting a strong northerly gusting up to 40 knots, we had to use our 2km contingency course today,” he explained. “So while those hoping to swim 3.3 km today didn’t get to do it, the safety of the swimmers is paramount.”

Race four in the six race series is the State Le Grande Swim in Akaroa on February 22nd. The final two races in the series are the State Sand to Surf in Mount Maunganui on March 22nd and the State King of the Bays on Auckland’s North Shore on April 12th.