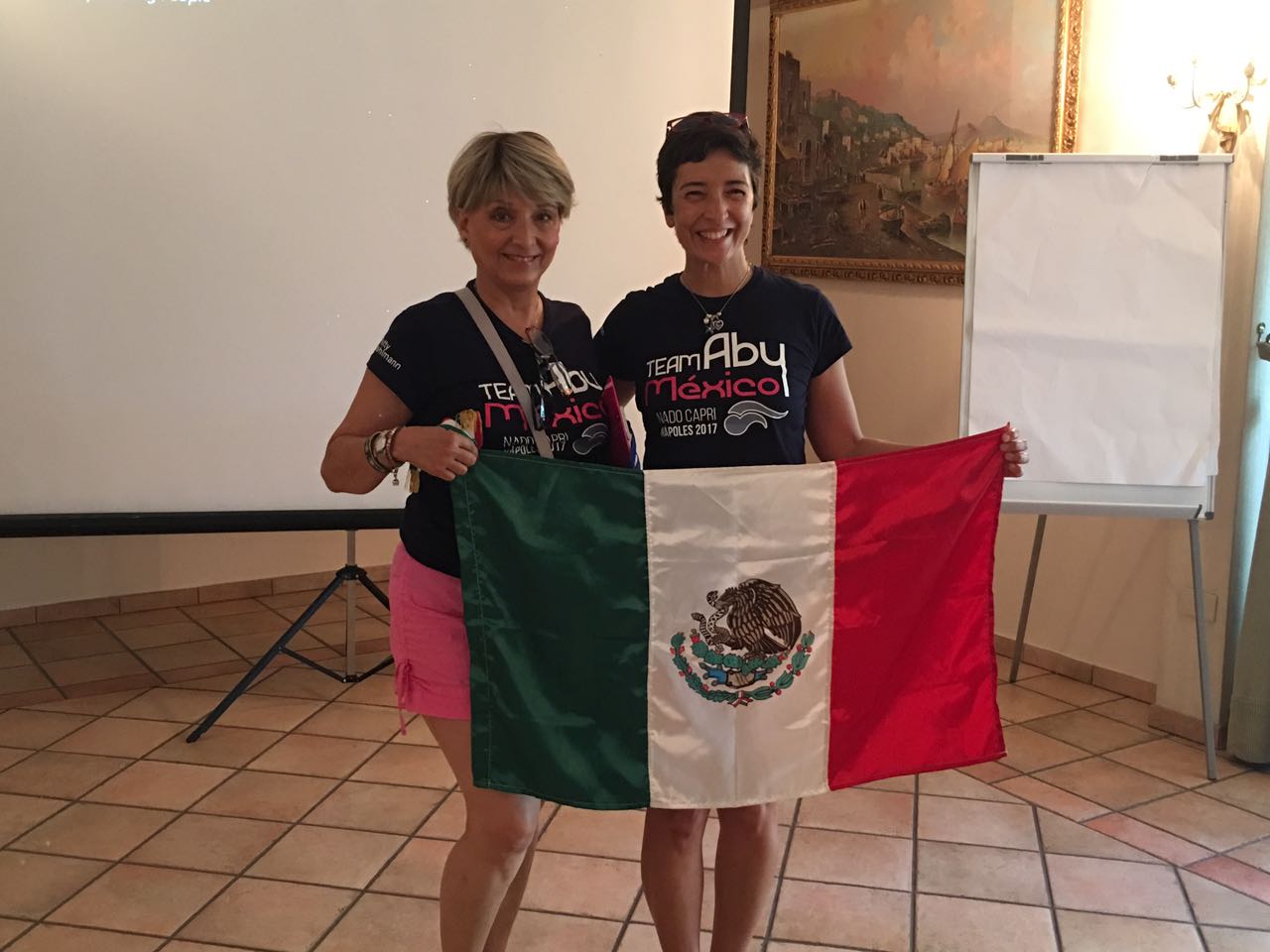 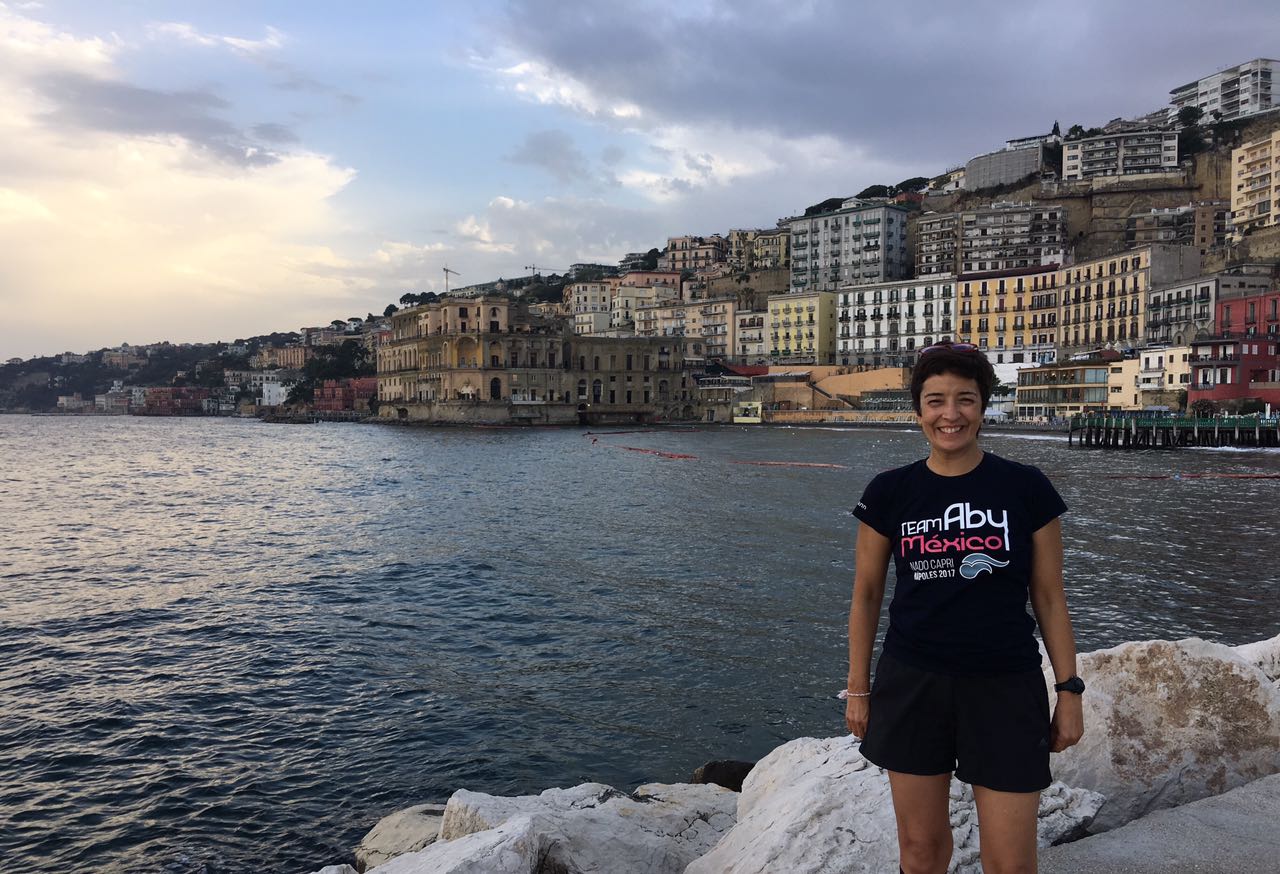 In 1949 Aldo Fioravanti and Cesare Alfieri were the first ones to swim from Napoli to Capri Island in around 12 hours. For many years, the 36 km (22.3-mile) course was site of the world’s marathon swimming competition from Marina Grande on Capri to the seafront in Naples that can take the world’s most experienced and fastest swimmer between 6 hours 15 minutes and 6 hours 45 minutes.

Mexican marathon swimmer Aby Ortega [shown above], coached by Patty Kohlmann, just turned 50. As a celebration of her birthday, she gifted herself an entry to the 2017 Maratona del Golfo Capri-Napoli which she started this June 30th at 9 am.

“She’s currently past half the distance, swimming strong and, as usual, positive and happy,” reported Alejandro Alfarache of Team Kohlmann.

Postscript: After 10 hours, conditions were not favorable for Ortga to finish the swim and she decided to abort the swim.