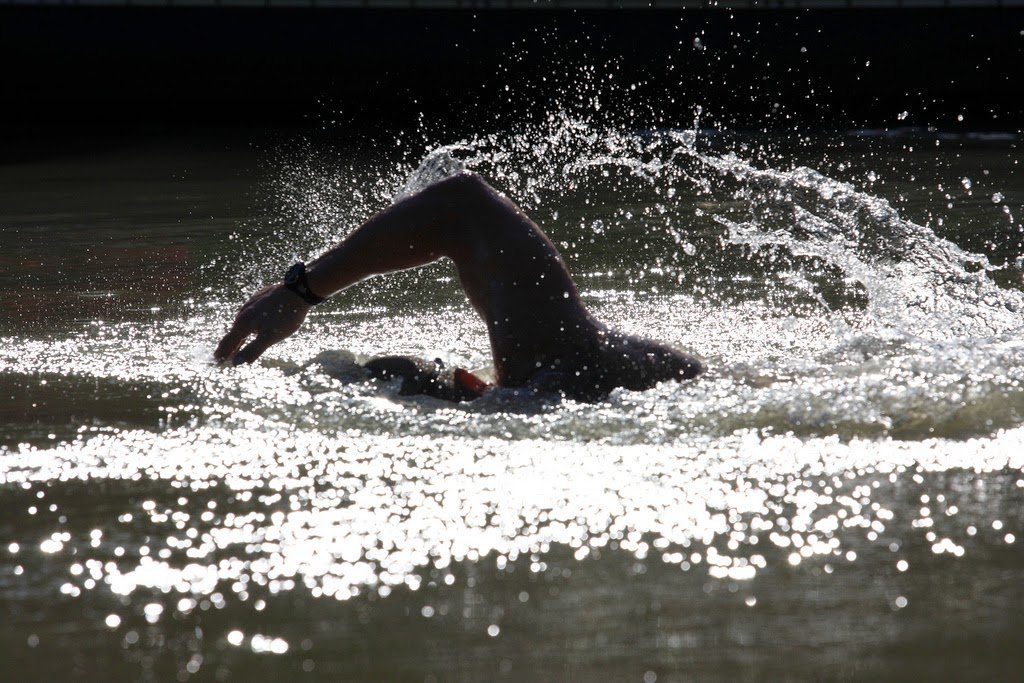 Michael Miller from Honolulu, Hawaii has completed swims all over the world.

From his local swims on Oahu to the Molokai Channel and Maui Channel to others ranging from the English Channel and the Manhattan Island Marathon Swim as well as the Ederle Swim and Cape Circumnavigation Challenge, he has challenged himself to oceans, lakes, rivers and seas around the world.

Hours in the pool and hours in the open water over the past 5 decades have prepared the 60-year-old veteran for everything. At least one would think so. But open water has a way to always present the unexpected.

“The END-WET has been my most difficult swim to train and prepare for…ever,” he explains from North Dakoto where he is getting ready to jump in the 36-mile (57.9 km) END-WET (Endurance North Dakota Watersports Endurance Test) down the Red River between Grand Forks, North Dakota and Oslo, Minnesota in north-central part of the United States. “Historically, and based on current conditions, this swim could take anywhere from 9 to 17 hours [for me].”

He asks out loud, “How do you train with such a wide range of times to finish?”

The water temperature is 69-70ºF (20.5ºC). The downstream river flow is 2-3 knots. But there is always something. “There is lots of debris in the water with trees, trunks. The kayaker’s work is to guide us around these risk factors. I am impressed with Andy Magness, he is a rock star in this town.”