The Engines Behind The Irish Sea Swim 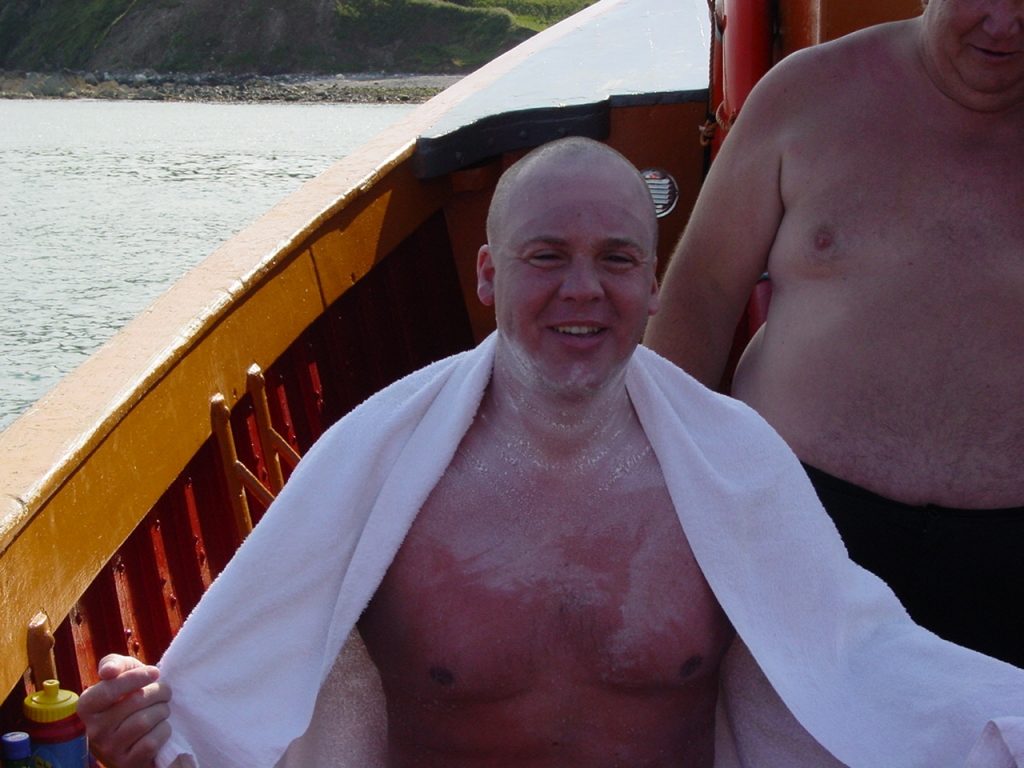 The Engines Behind The Irish Sea Swim

While the celebrities grabbed the headlines and generated a lot of media interest in the 56-mile relay crossing of the Irish Sea, it was the little-known swimmers in The Swim who provided the engine to successfully make the crossing.

Colm from Dublin has the DNA for open water swimming.

His family is steeped in Irish swimming with a track record of success in the North Channel, English Channel, Manhattan, Lough Erne, Inishbofin and a host of other swims. Colm said, “Upon arriving in Holyhead, I expected to hang around waiting but was delighted to be told we were heading off at 9 pm that night.” He was not sure of the strength of the celebrities, but over the course of the swim “they did their bit. I could hardly believe how good the conditions were, but the tide pushed us a lot further south than expected. Most got stung by jellyfish but thankfully no one had a bad reaction.”

Liane Llewellyn from Bristol, a highly involved player in the British Long Distance Swimming Association, has swum a two-way English Channel, Loch Ness, lots of lakes as well as lots of relays including the world record setting 12-way Windermere. Liane has very personal reasons for taking part in the The Swim because her father has cancer and the swim is to raise funds for Cancer Research UK. Liane enjoyed the swim immensely apart from a stretch just outside the harbour in Holyhead which was very lumpy.

Becky Lewis from Barrow in Furness started at a very young age in open water swimming and has progressed rapidly. Becky is the fastest British woman to swim the English Channel in 8 hours 35 minutes and holds most of the British Long Distance Swimming Association records, including the two-way Windermere.

Olly White is another accomplished open water swimmer who has swum the English Channel as both a solo and relay swimmer. Olly has also competed in all the long distance swims in the UK and proved to be an excellent team member.

Nikki Fraser is a star in the making. Nikki is still young, but has pushed Becky all season with some head-to-head victories.

Jonathan Openshaw turned up in Brighton for the swim trials and impressed the group. Jonathan’s background is in triathlons but during the swim he was encouraged to shed the wetsuit which he did and did well.