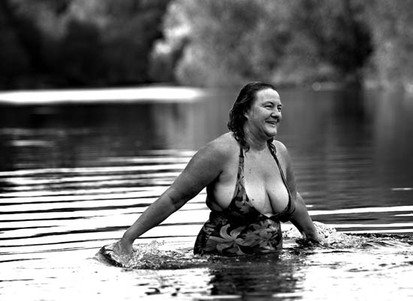 Barbara Lewthwaite is a natural wild swimmer from Hay On Wye with a passion for Wye valley.

Starting in August 2011, Lewthwaite, owner of the Hollybush Inn, will swim the length of the River Wye from its source in the Welsh mountains at Plynlimon to Tintern Abbey, a distance of 140 miles over the course of seven consecutive days.

In doing so, she aims to raise £100,000 to support Enliven, a charity supporting sustainable community projects in towns along the bank of the river Wye.

Enliven‘s goals are to (1) make the Wye accessible to more people, by facilitating elderly, less advantaged and differently abled people’s use of the river and surrounding countryside, (2) work in community to learn from, preserve and develop the diversity and health of the natural environment, and (3) support mentoring and community networking to enhance the local skills bank and increase local trade.