Entering The Golden Age Of Swimming 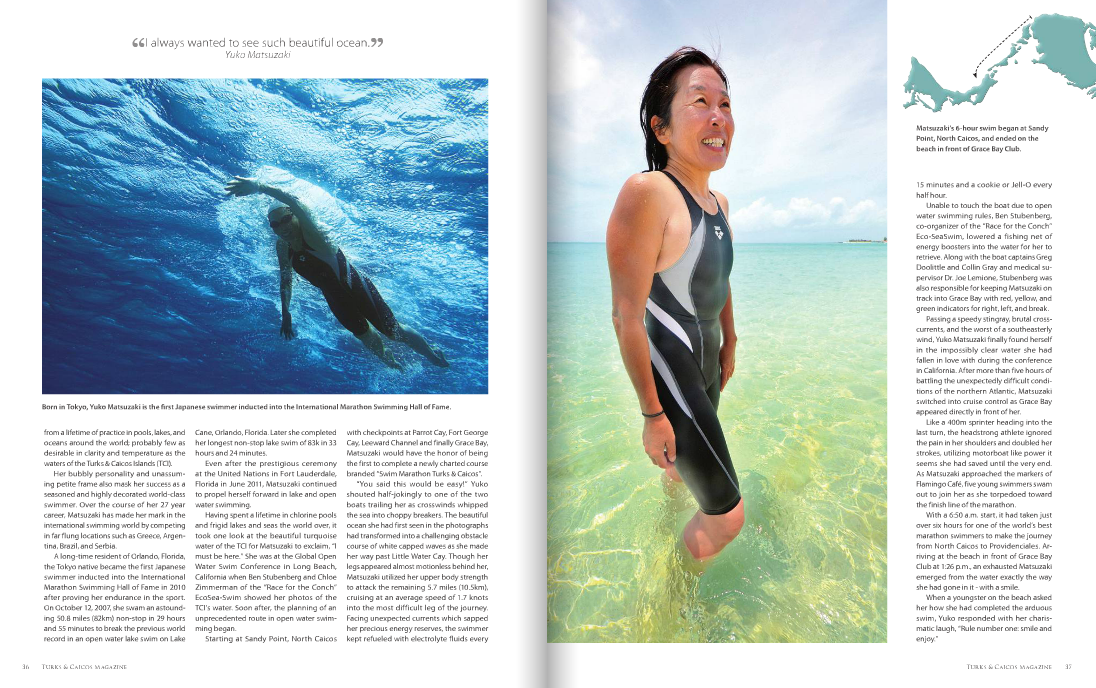 After looking back on her 27-year career as an open water swimmer, Japan’s Yuko Matsuzaki is not even halfway done.

The 52-year-old spent decades competing on the FINA Open Water Swimming Grand Prix circuit, racing in Italy, Argentina, Serbia, Brazil, Greece, Bermuda, the United States, and Canada. Matsuzaki is now enjoying the second part of her career. She first did a number of fund-raising 12- and 24-hour pool swims and then set two personal records with a 82 km lake swim in 2007 (in 29 hours 55 minutes) and an 83 km lake swim in Florida in 2008 (in 33 hours 24 minutes) as well as a promotional 21 km ocean marathon.

But she has a lot more to do in the world’s oceans including her upcoming second marathon swim in Turks & Caicos. There is no end in sight.

This long-range view by open water swimmers towards careers that last decades – several decades – seems to be consistent with demographic trends.

Swimmers like Matsuzaki, Ned Denison, Jim McConica, Sally Minty-Gravett, Penny Palfrey and Barbara Held just scratch the surface of athletes who swim thousands of miles from their teenage years through the second half of their lives.

“On the first day of the 20th century, the average life expectation was 47. On the last day, it was 78. Today, it’s approaching 80 and continues to rise,” said gerontologist Ken Dychtwald told Investment Advisor.

In Okinawa (Japan) and other pockets of longevity around the world, living to 100 may not be rare, but the rest of the world may see many more centenarians over the next few generations. “As a result of massive breakthroughs during the 20th century, in public health, in sanitation, in antibiotics and pharmaceuticals and a pretty spectacular list of miracles, we now have this gift of a longevity bonus,” explains Dychtwald

And many of those people with a longevity bonus will be using it to swim.