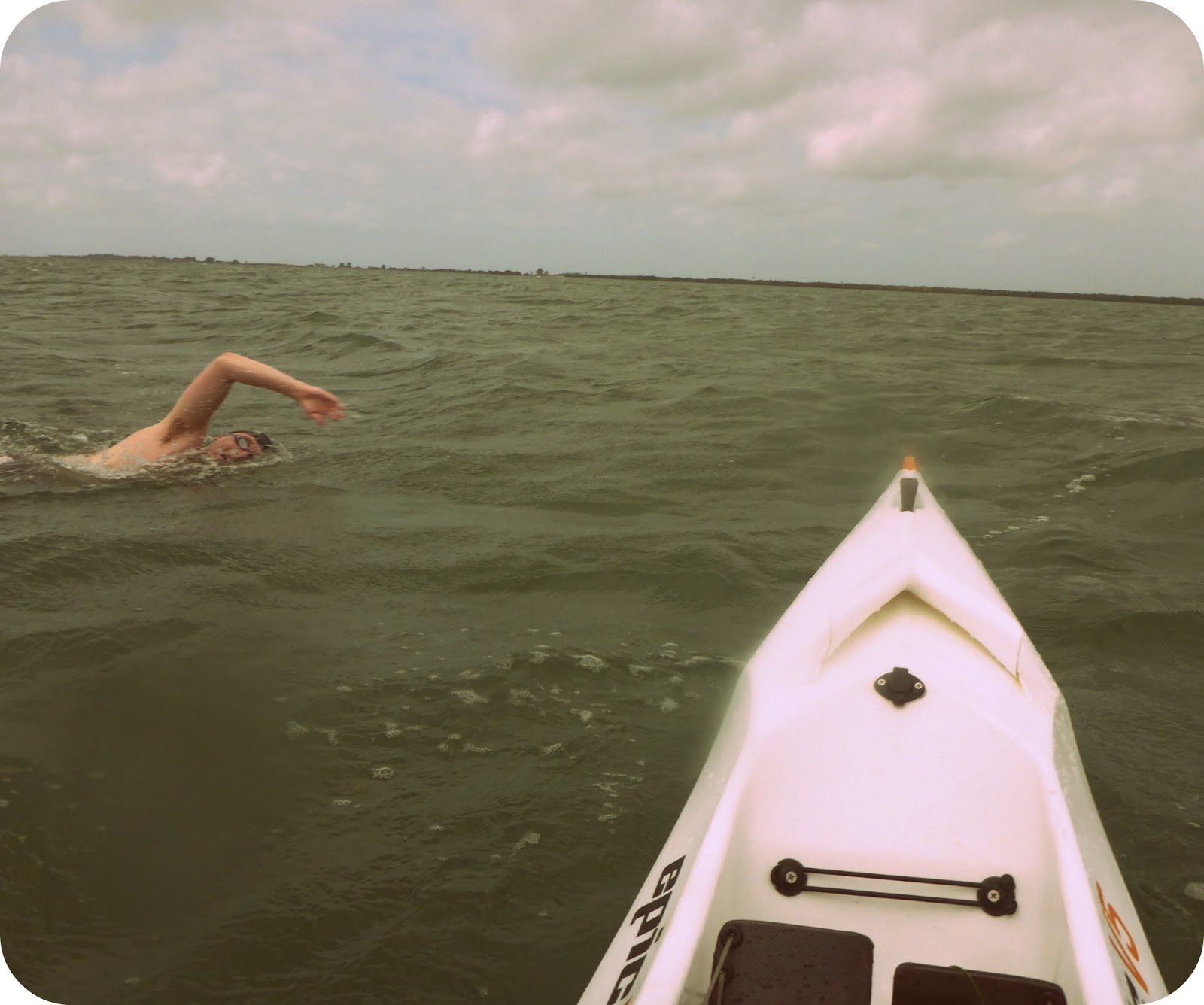 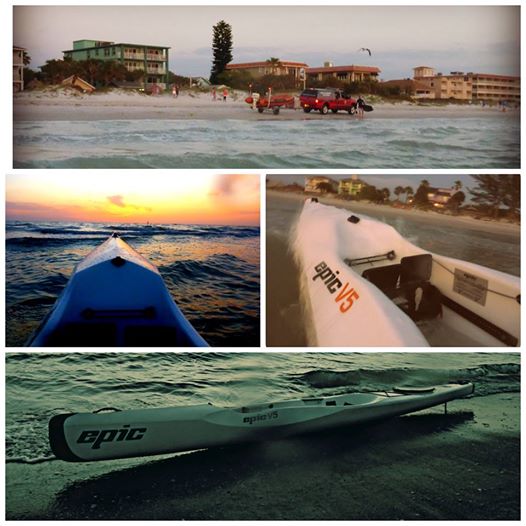 If you asked a swim support paddler or marathon swimmer what made for an ideal support craft, what would be some properties or responses one might receive?

*High Visibility
*Ease of Identifying or connecting paddler with swimmer at the start of a race
*Trackability and maintaining the straightest point-to-point course line (Point A to B)
*Comfortability and proximity to the swimmer?
*All of these?

The Epic V5 may be the newest solution.

For years, Epic Kayaks has been a renowned U.S.-based manufacturer of high quality surfskis. A craft – up to now – that was not designed for going at idle or slow speed as many a surfski paddlers will attest. The latest ski on the market, the Epic V5, redefines the traditional mold of the surfski by allowing an easy entrance point into less stable skis while offering some of the same performance factors that a surfski offers such as rudder steering and great downwind wave catching.

I was able to borrow the Epic V5 when the Charleston, South Carolina-based company representatives were visiting for a paddling event in hopes of ditching my clunky sit on top kayak for a trustworthy ski in windy conditions during the Tampa Bay Marathon Swim. Being an experienced marathon distance swimmer who has kayaked the Ederle Swim, the Manhattan Island Marathon Swim, and an 18-hour Tampa Bay Marathon Swim, I wanted something versatile and reliable that handled conditions like a rock star.

The V5 did not let me down.

Race director Ron Collins made the decision to call the Tampa Bay Marathon Swim yesterday for safety reasons. But he offered the option of allowing swimmers and paddlers to do a triangular contingency course. My swimmer, Stephen Carroll, was swift out of the gate and was able to easily identify my Epic V5 because of the highly visible white coloration with orange florescent bow. Furthermore, he was also able to track his course via sighting, feeding, and eye-contact with me with ease. The surfski, with an added splash guard, handled the 2-3 foot washing machine like a champ and showed no signs of instability even with side chop and downwind conditions at a neutral speed.

I believe the Epic V5 is the Cadillac of swim support vessels for paddlers while offering the versatility of a traditional sit-on-top kayak, dry storage, surfability (it performs amazingly in the surf zone, downwinds, and presumably mild rapids), and amazing comfort. If you are in the market for a new kayak or looking to enter the surfski scene, I recommend that you take a look at the Epic line.

For more information on the Epic V5 or other crafts in their line including touring kayaks (sit-in), surfskis, Olympic K1 crafts, and carbon-fiber paddles/gear, visit here.